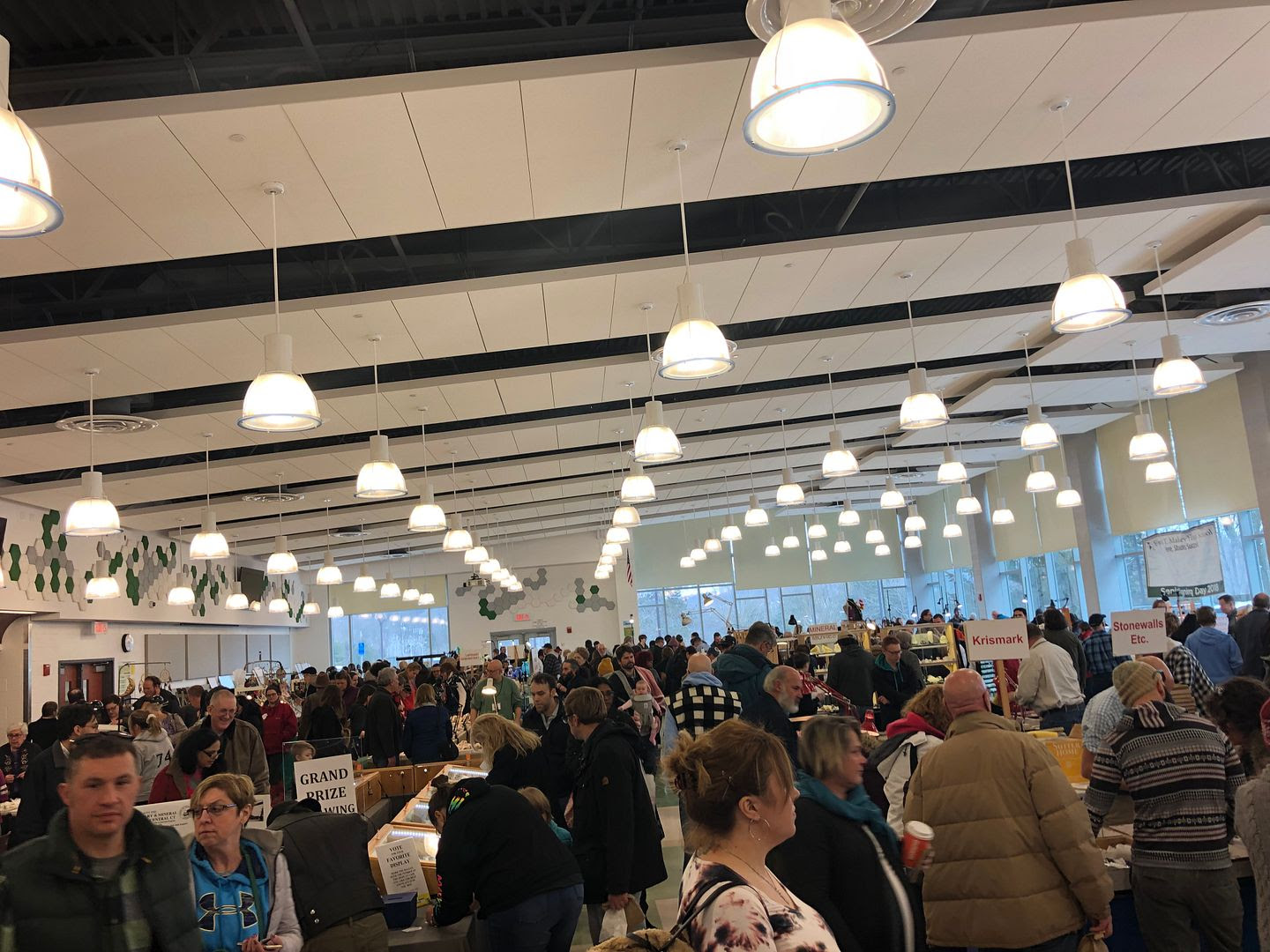 Recently, Quentin has been getting more and more into rocks and minerals.   We went to the Peabody late last year and he picked some up in their gift shop that he just really seems to enjoy.    Having lived across from Maloney High School before, I knew of this event and looked it up a few months in advance and had planned on going when the date felt like such a long time away and yet, here we are.

What I didn't plan on was the snow as it was predicted we would get three to six inches over night- from Friday into Saturday- so right away this event was pushed from a 9:30 am start time to 2 pm.   By the time it was afternoon the snow had stopped, everything was plowed and it even felt like some spots were beginning to dry.   When we got to Maloney the first thing which struck me was how many cars were there.   We arrived right around 2 and there were already a decent amount of people inside.   (We had to park near the baseball field)

Inside, there was a large room with a lot of rocks, minerals and gems (mostly all for sale) and then there was a smaller room for the kids only to play some games and win prizes.  The nice thing about this all was that it was only $5 per adult to enter and Quentin, being a child, was free, but then they also gave him this blue ticket to get into the kids room so he didn't have to pay to get in and got a bunch of free stuff that adults who were there without children wouldn't have been able to do.

While in the kids area, we looked outside and saw this huge line of people waiting to get in.   Back when we came in, which felt like ten minutes before, there were only maybe three or four people in front of us and now the line was extending all the way down the sidewalk!   Having never been to something like this before, I had no idea what to expect but when we got back into the larger room it was people to people to the point where you almost couldn't move.   I didn't expect it to be so crowded, but it was great seeing people of all ages, of all walks of life there.

For me, you know, I feel like I had the general interest in rocks that kids have and I remember having this green sheet of paper with different minerals glued to it and identified when I was younger.   But now, as an adult, and with Quentin being interested in it, I enjoy it all because in their own way, each rock is like a work of art- different colors, shapes, patterns, etc.   And in some ways I also really just cherish certain ones over others because of where they come from.  It feels like a cultural thing, like a way to learn more about Connecticut and what different treasures you'll find throughout the state but also on the whole, really, the world.

One of the first set of tables we found when we were in the big room, Quentin found something he wanted but I told him to wait because there were more tables to be seen.   That first table had a good spot though because I assume a lot of people bought from them because they were first.    My other concern was that I didn't have cash so I was looking to see if anyone was set up to take cards.   I saw someone with the Apple Pay logo called Silver Street Glass and thought about buying from that table but then the guy working the table was rather rude to us so we left and didn't go back there.   (You talked yourself right out of a sale, buddy)

We ended up at Nature's Choice and Quentin found this sampling of small minerals we ended up buying, among other things later, and so my best advice for someone going to these type of events which I should have planned better for was, while some of them can accept the credit and debit cards, totally bring cash because it just makes everything easier for everyone.   Lesson learned by me for next time.   I also picked up a bunch of flyers for upcoming shows throughout the state and just other information in general because Quentin wants to seem to get as involved in this as he can and I don't mind joining him one bit. 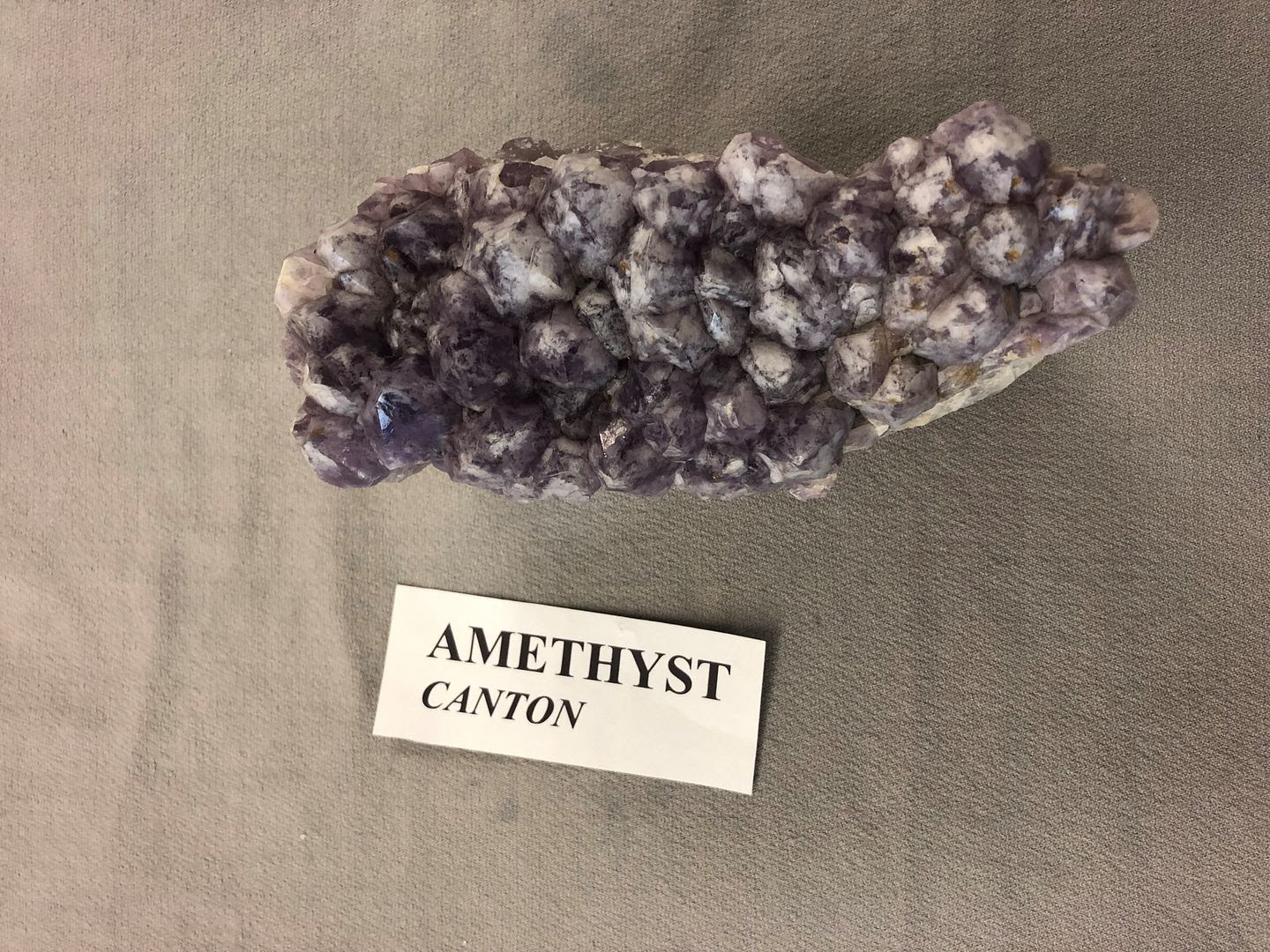 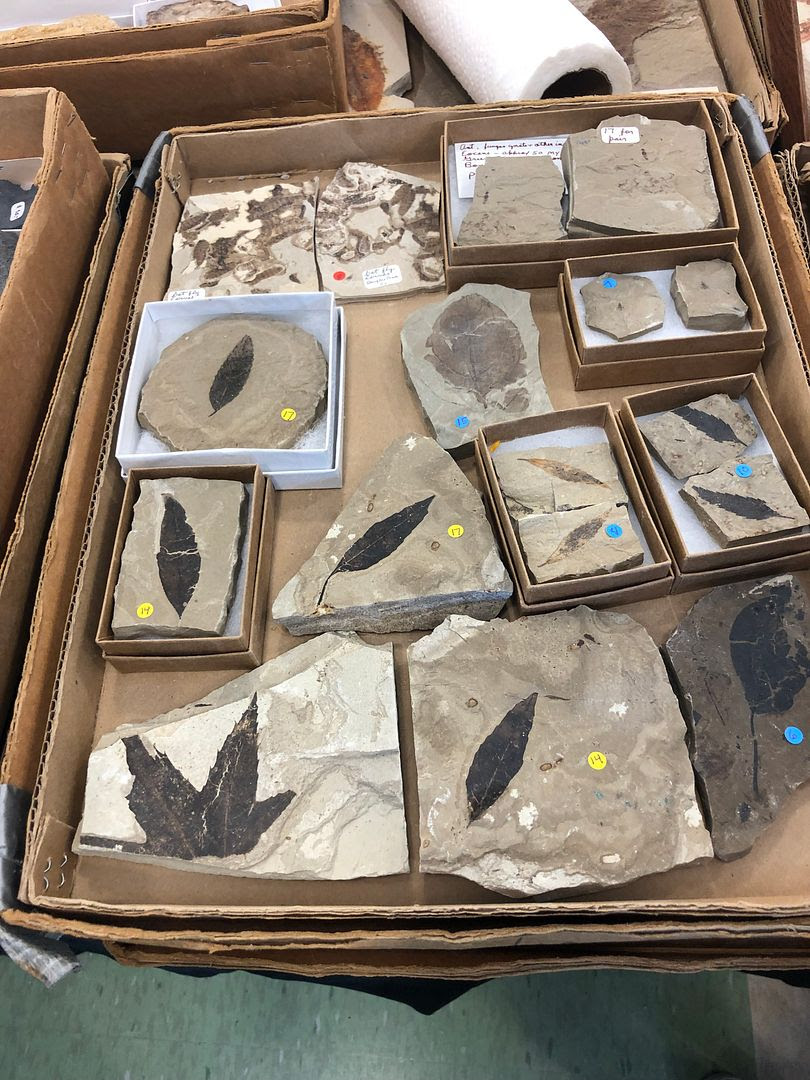 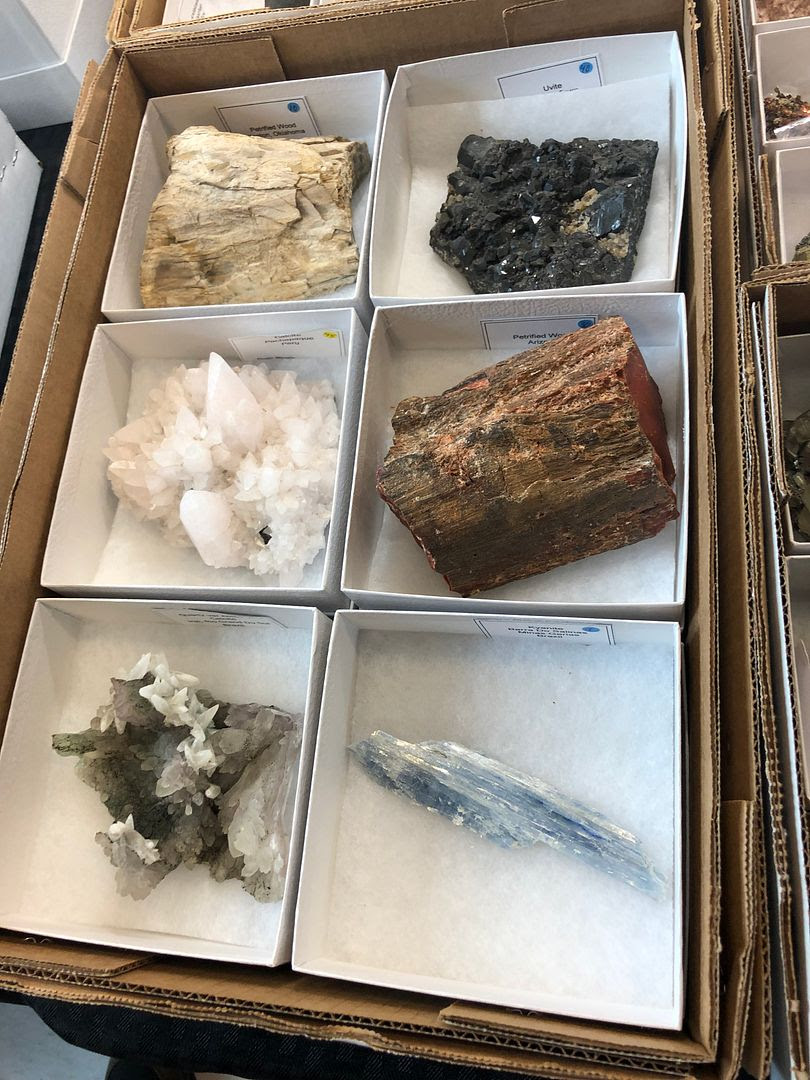 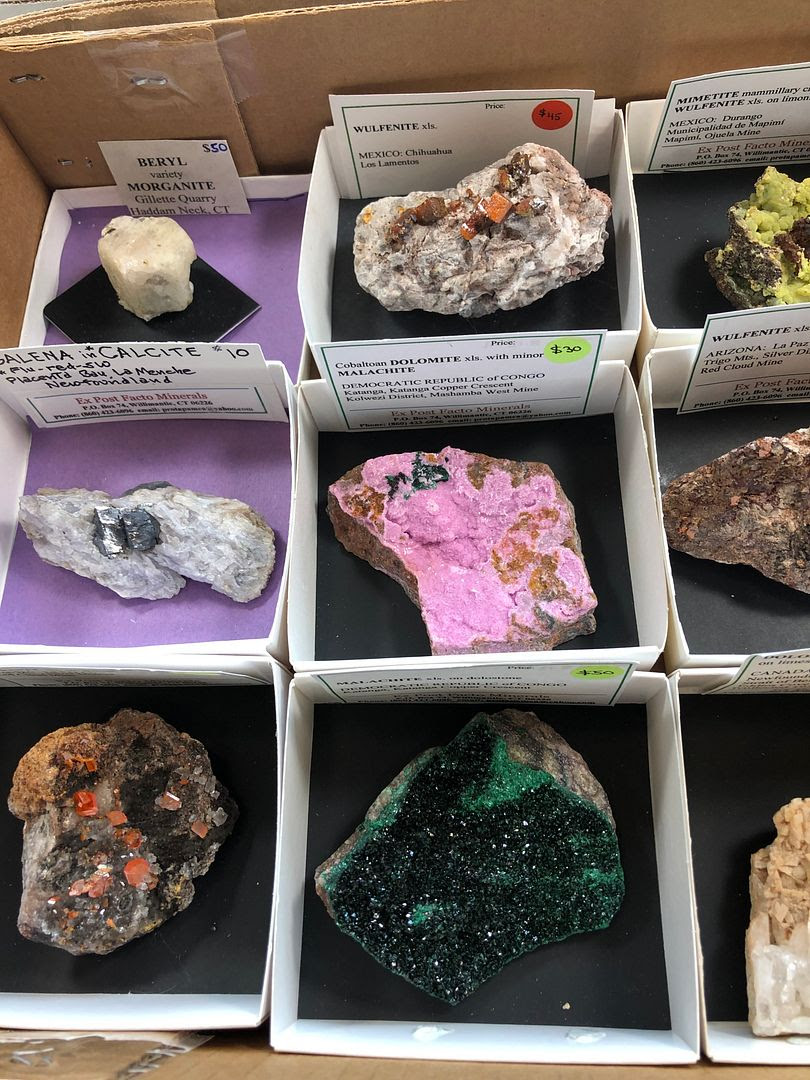 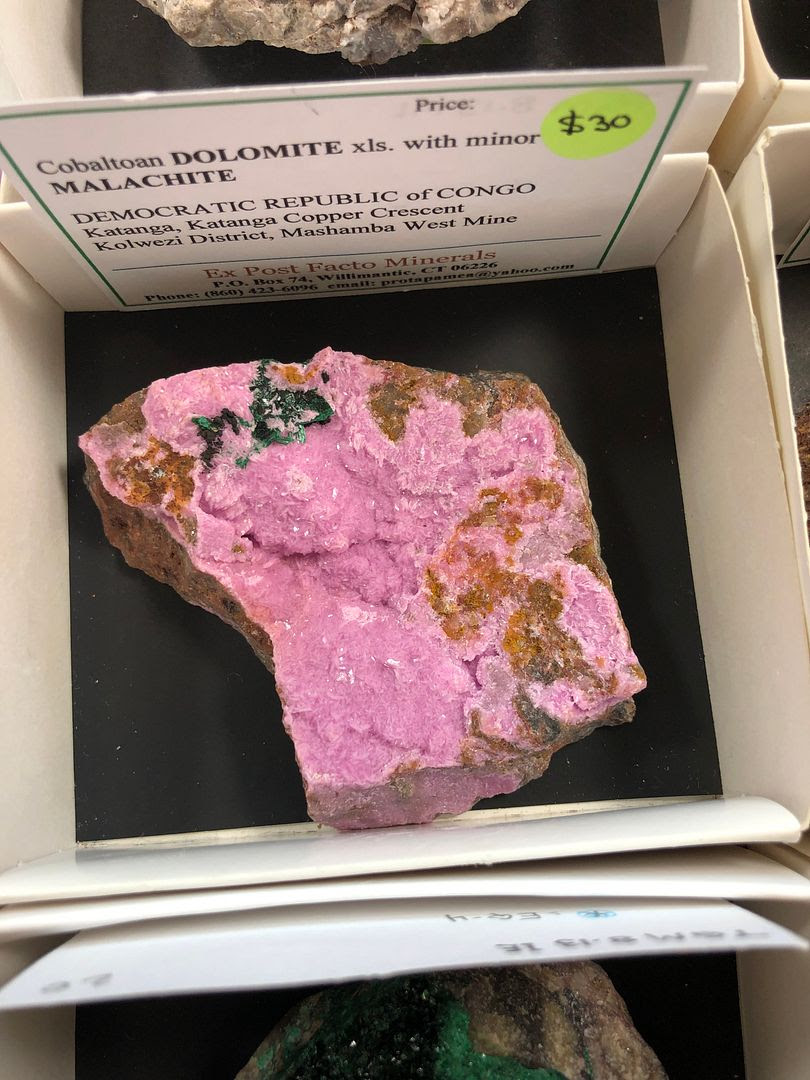 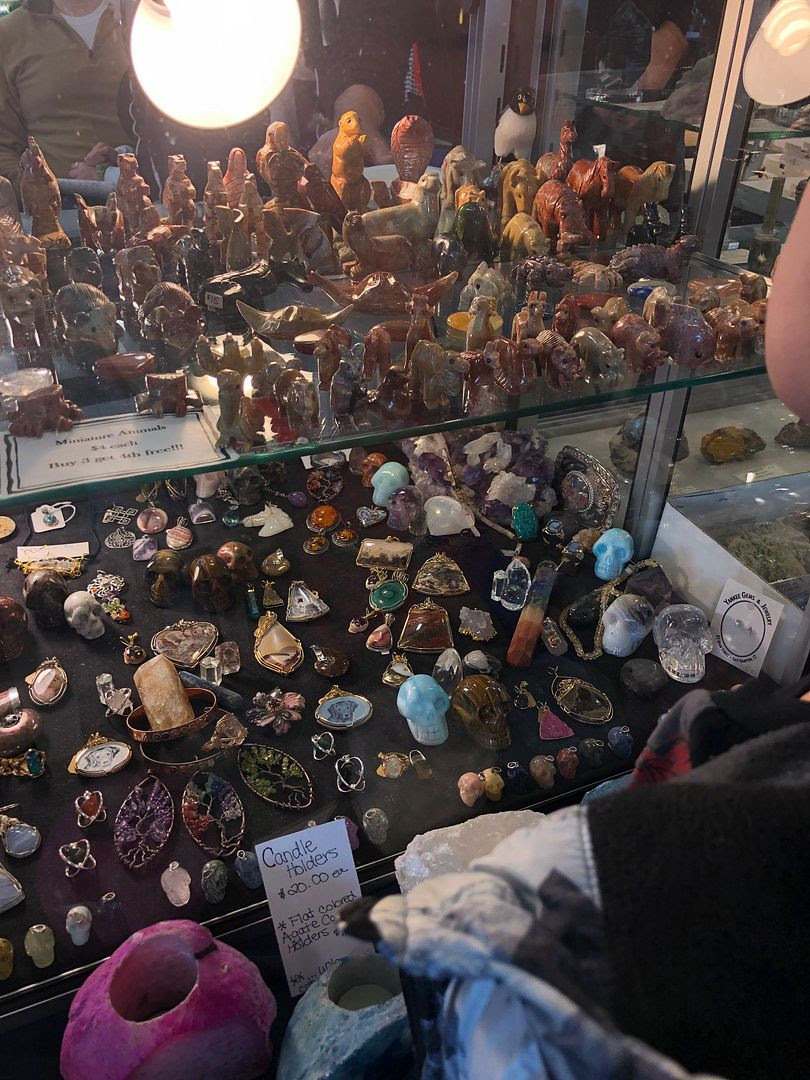 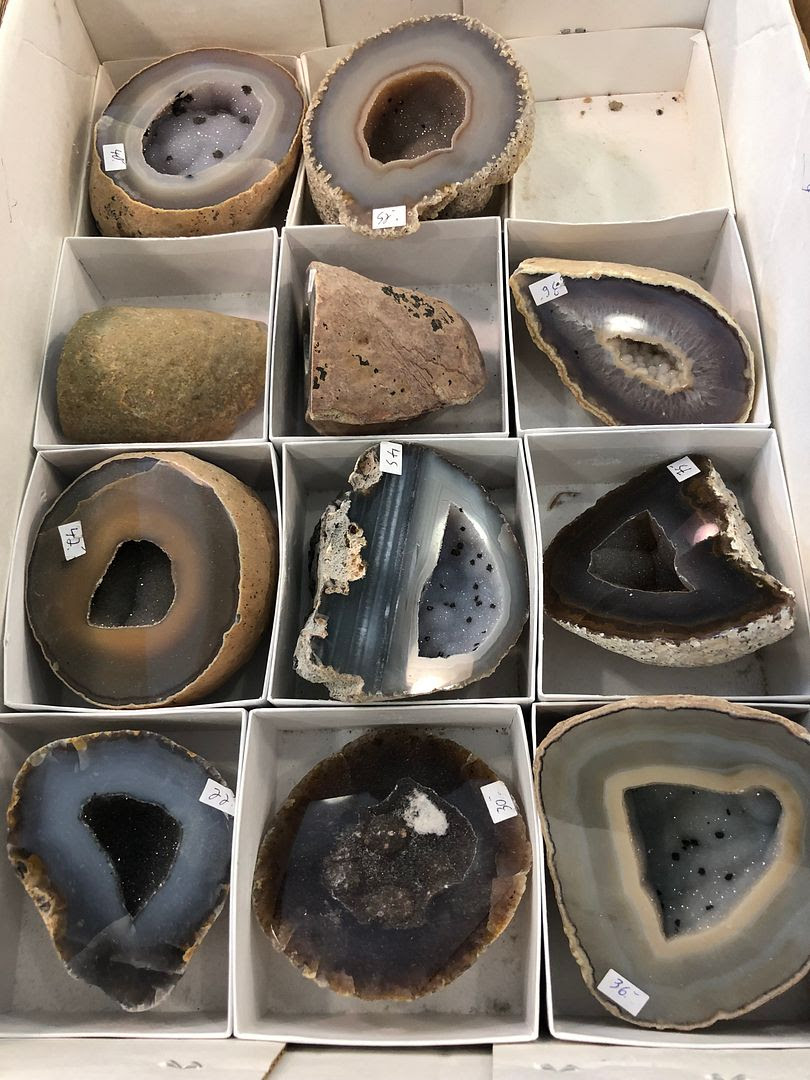