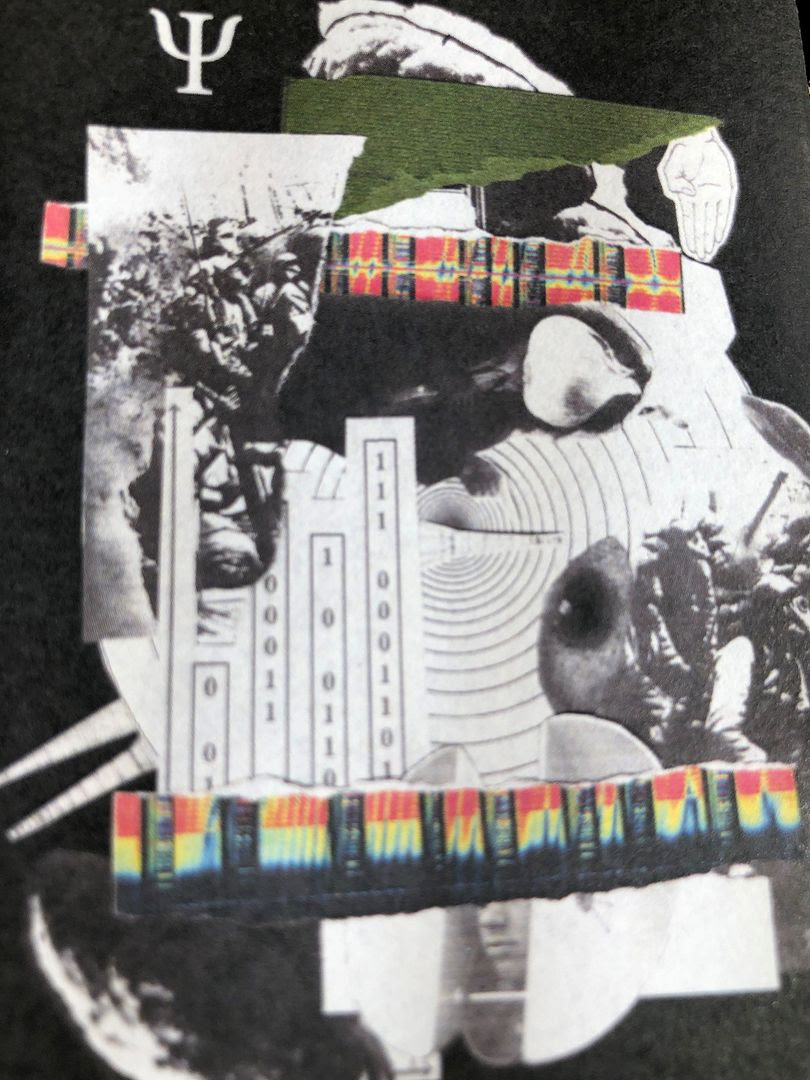 This cassettes open with a strong whirring sound and beat like we're galloping, riding that horse through the intergalactic desert full of space cactus and tumbleweed.    Harsh noises can come up behind this now with the beeping that makes me think this is like a modem.    It sounds as if behind it all as well someone is talking.    The pace keeps steady and it just feels so urgent.

We shift into these back and forth beats now, like the clock striking a tone only in a one and two way, and then there does seem to be that talking back there still.   The pace picks back up with a little distortion, some whirrs like we're caught in the internet and it just builds into this storm of technology.    Sounds come through now which sound like someone blowing but it turns into more of these jolts of static energy, shocks.

Though it can feel a bit robotic at times, like Transformers, I also feel like it could just as easily be malfunctioning in that regard.   The pace dies down to a quieter reflection of reverb, some beeps and those starts and stops of static continue to push through as well.    More ominous tones just take over the entire sound now and come through whilst shaking the speakers.    Someone is definitely talking now and it sounds important, like an instructional tape about directions or observations.

Through some squeaking and other sounds the talking persists and when it is done we go into this deep drone.    With lasers steady in the background there is an experience like Pong now.    It feels like it might stop but then returns and there is a sense of electronic music within this as well.    There is some banging now which almost sounds like a dog barking.    Another Pong-like bass line comes through now and this just expands into a whole other universe.    It all comes to a close with singing, even though they aren't singing any words exactly.

On the flip side we open with more of a humming drone and then muffled words try to break through them.   The words can repeat and also feeling the creepy rocking of a rocking chair.   This reminds me of a horror movie to start right now.    We come into tones next which almost sound like bagpipes and we just end up with this driving loop where we can't stop.    As it grows a bit louder, the intenisty increases as well so it also feels a bit scarier.    Drones and screeching, it feels as if the creature has found its prey and begins to devour it.

This is just a mess of electronics now, like everything in the kitchen coming crashing down if it was all electronic instead of tangible.   We drop off now into some sort of broken pinball machine creating a loop in echoing threes.    It is rather mechanical but not as much industrial.   It begins to really focus like a homing beacon, but it can also sound like sonar, as if we're diving underwater even though all other signs point to us staying on land.   The idea of the horror movie has faded though and been replaced by robots.

What happens next has a feeling of dialtone, like when you make a call and the operator says "I'm sorry the number you have reached is no longer in service" or something, but it feels sampled at a very specific point in that recording.   It comes through a bit trippy now as well and just feels like an electronic joyride.    Words are spoken within it along with some beeping.    This all goes into what sounds like a voicemail message before a plane takes off.    This turns into a darker drone which makes me feel like we're going into a metal song.    We dive into these dark moans which kind of bring us back to that horror feel to end the cassette and what a ride it has been. 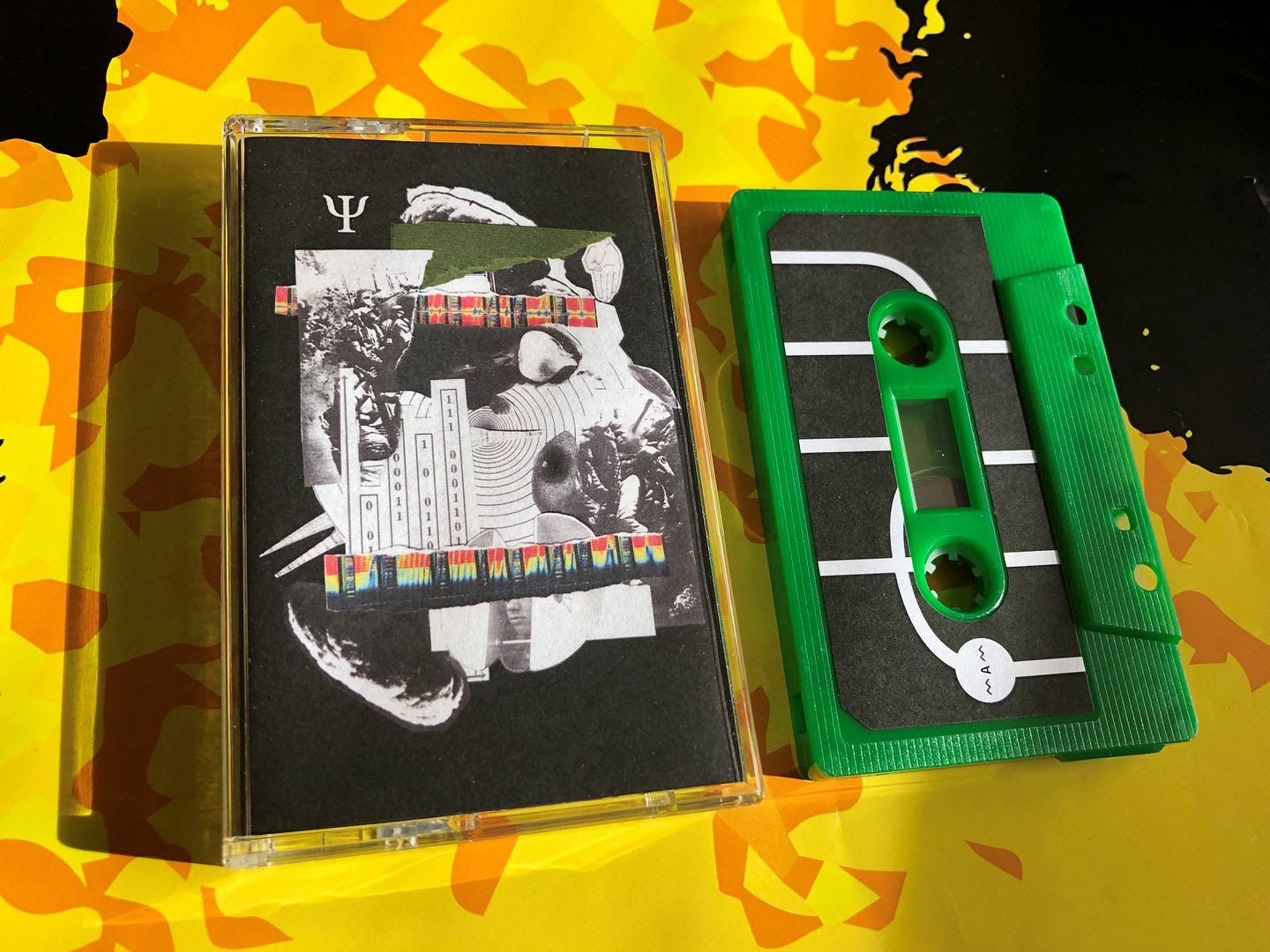 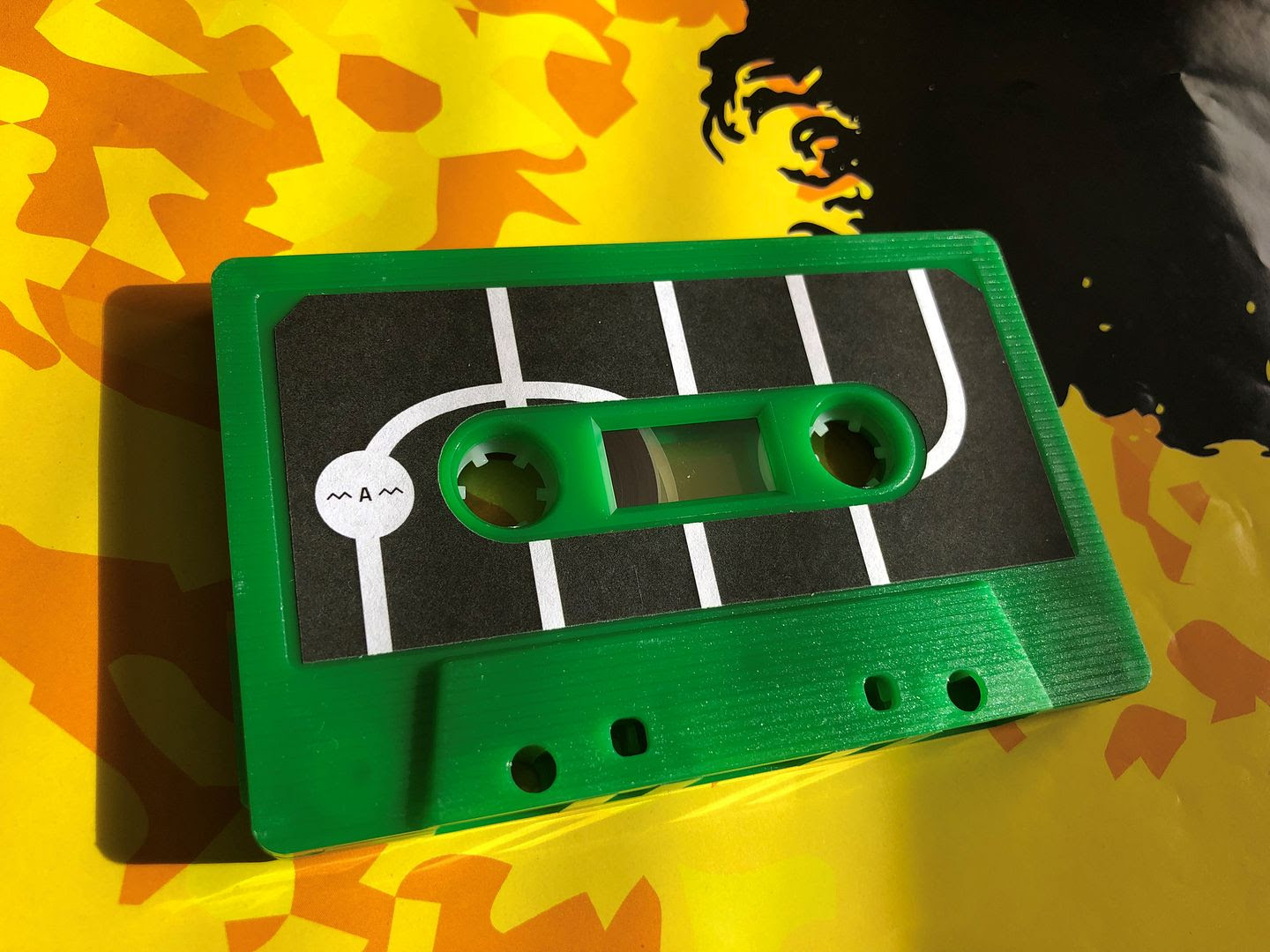 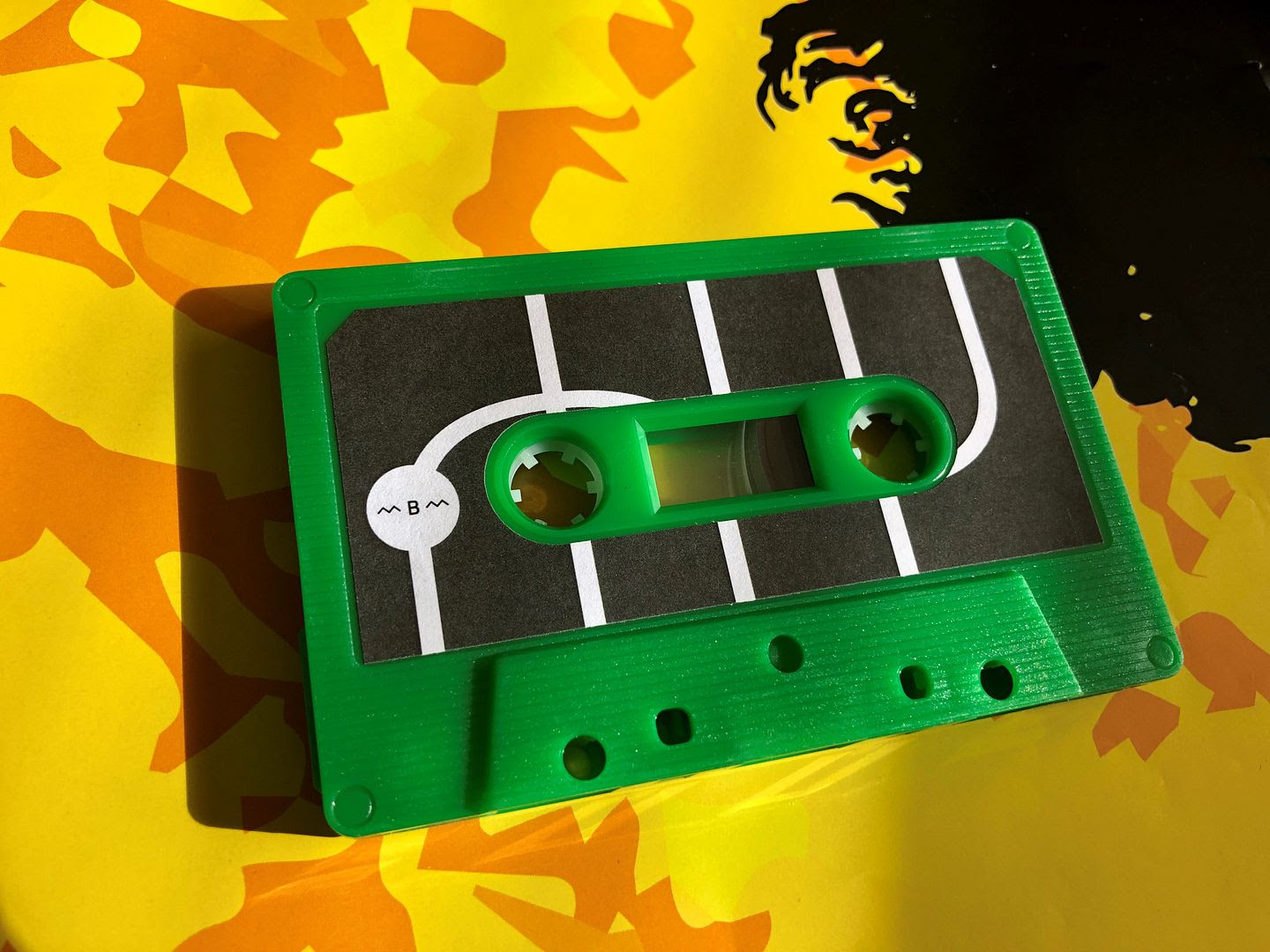 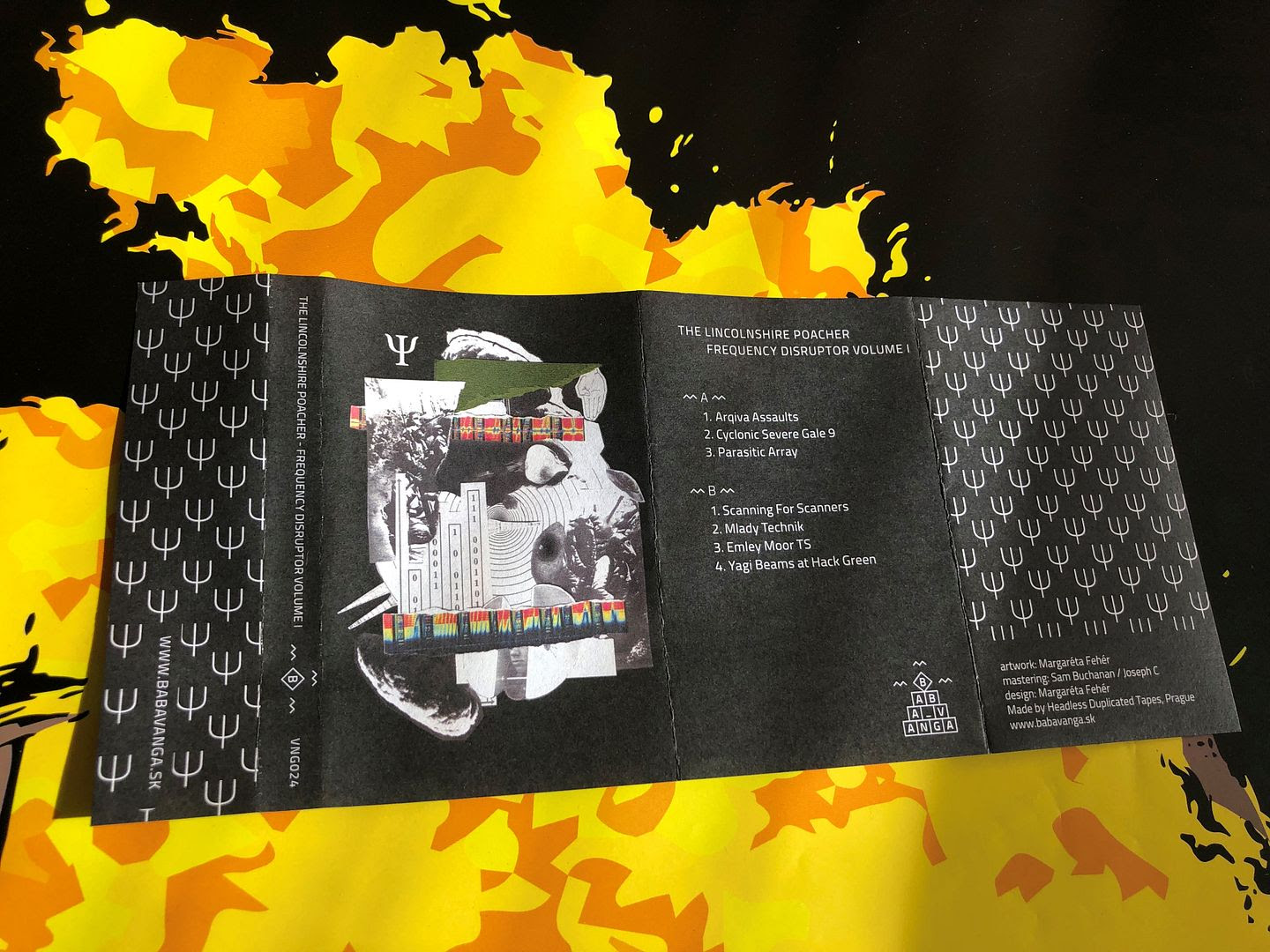 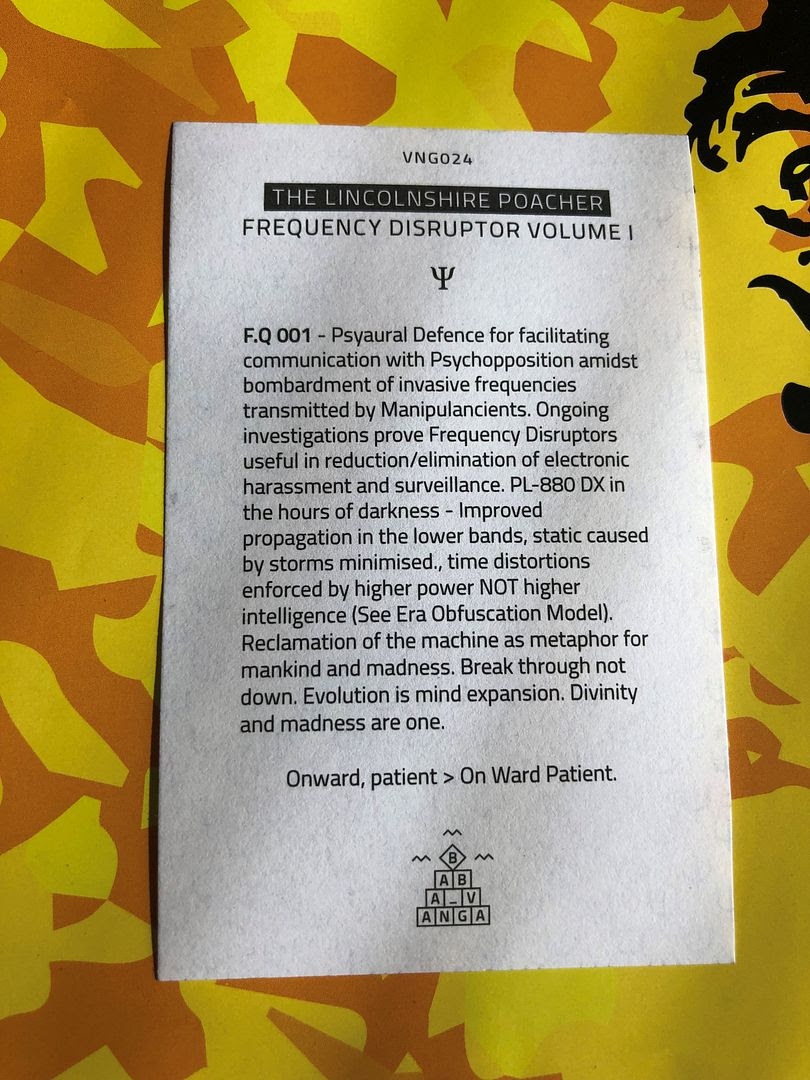 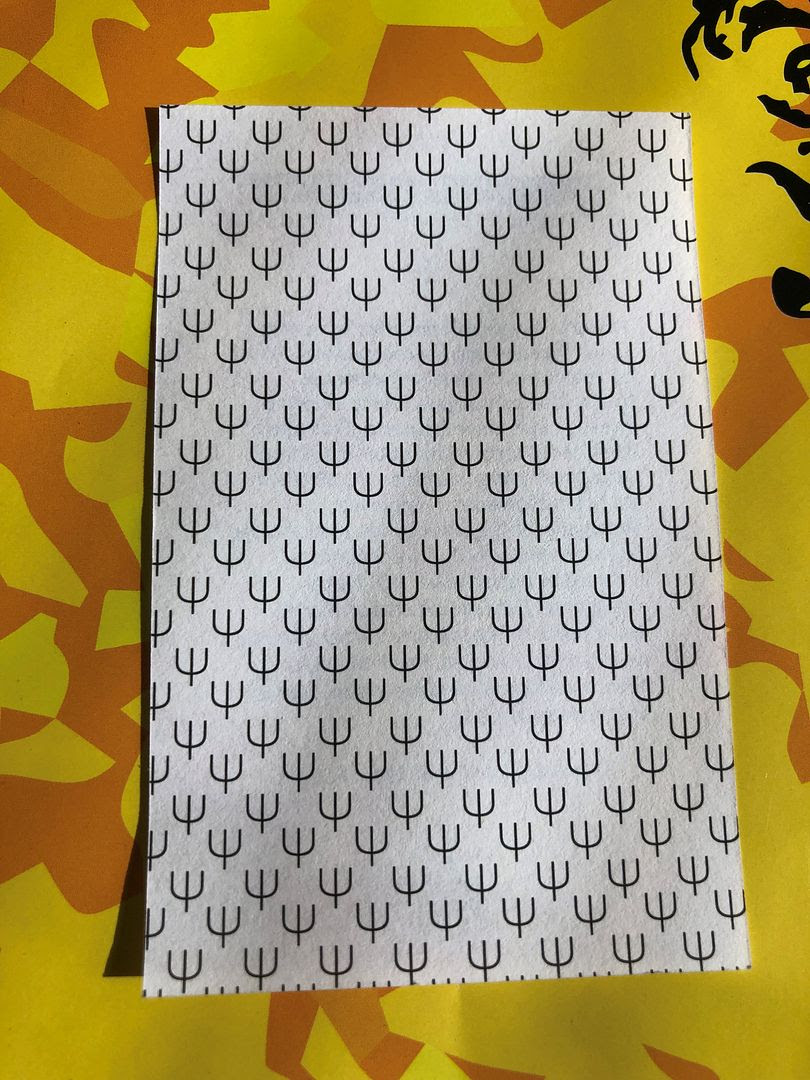 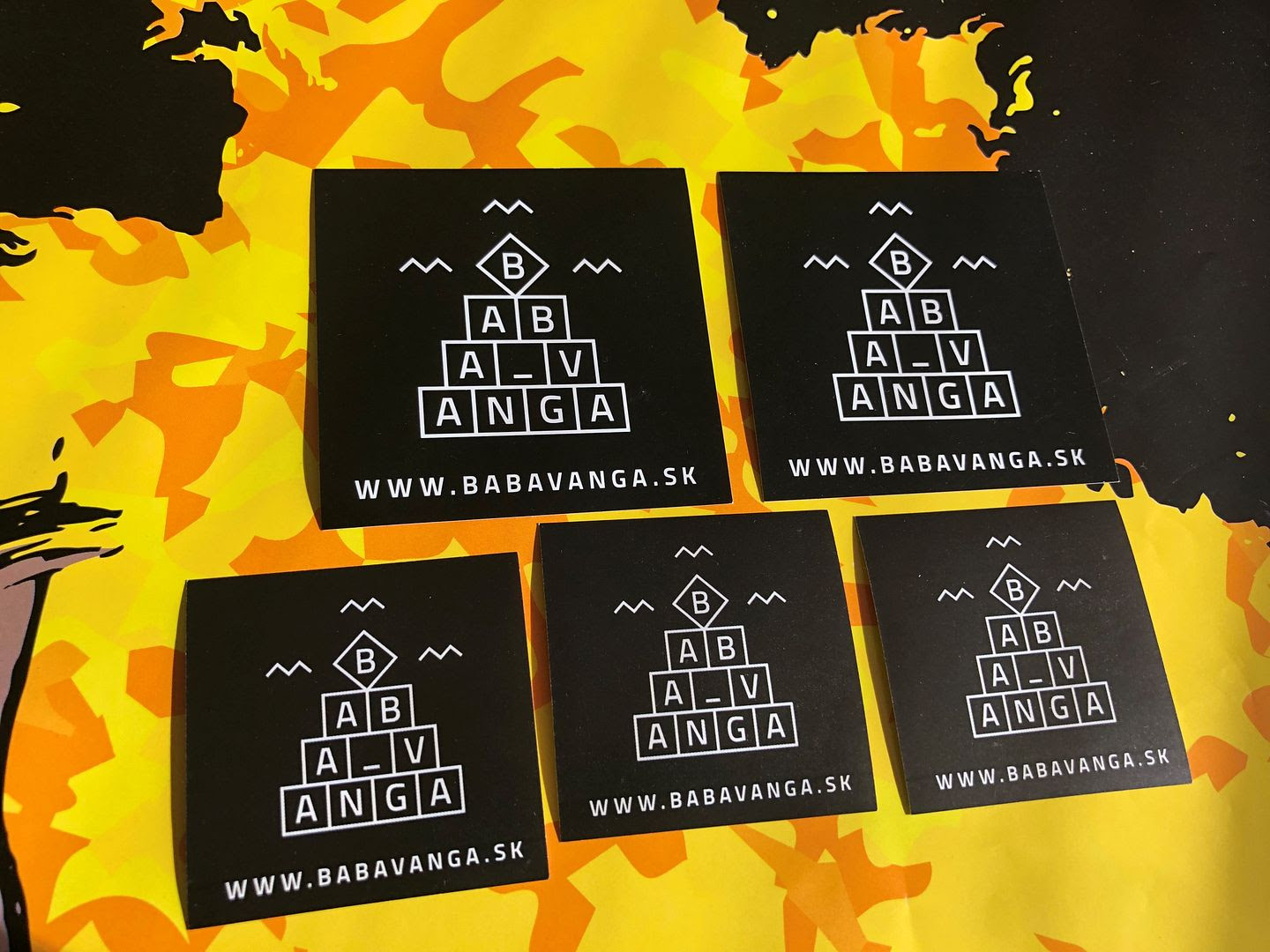 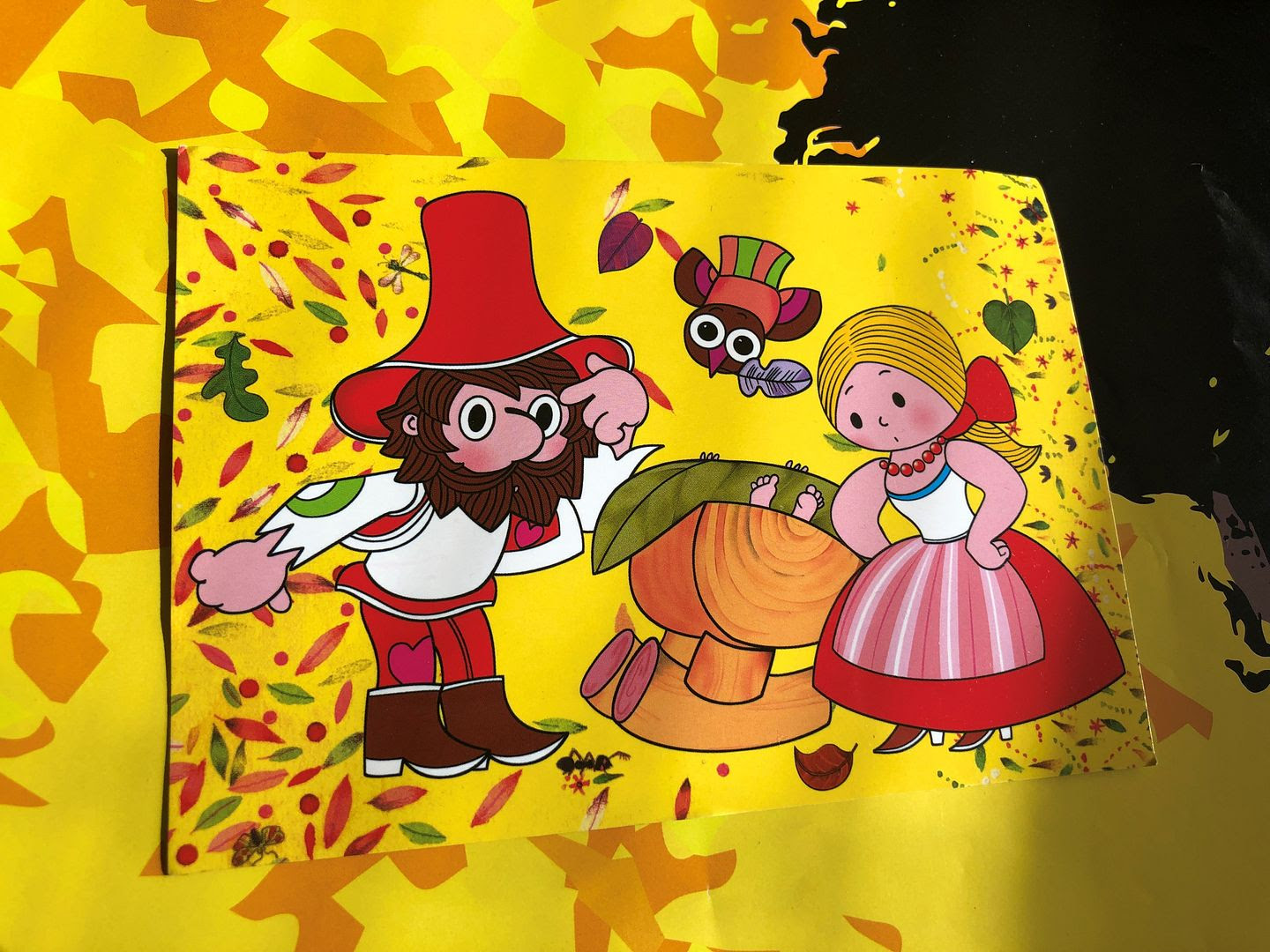