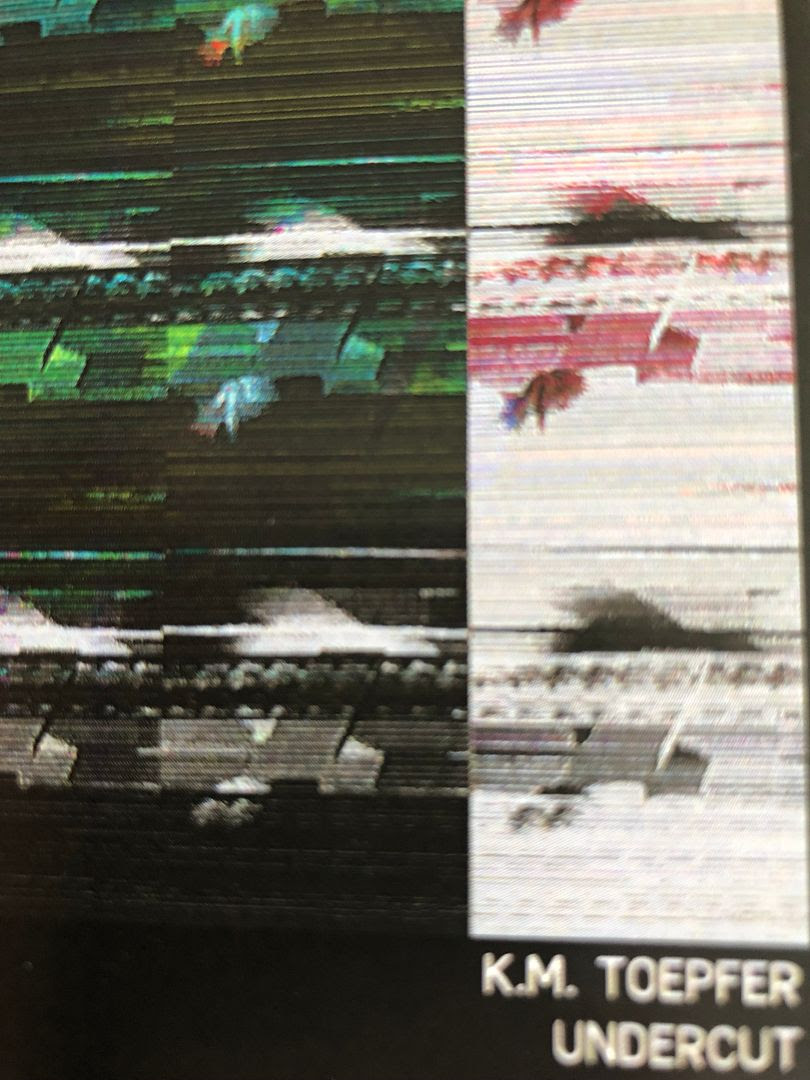 There is this ringing.  It sounds kind of like a phone, but it also has this distorted static within it which makes me feel like it's coming through some other way.   Sharpness comes through as well, causing it to be somewhat harsh and then it's full blown wind.    That sharpness persists through the rippling wind.   The intensity can seemingly cut out from one side to another and it plays tricks on my ears.   Lots of static now.   Lots of wind.    It creates this harsh noise drone.

The static begins to start and stop.   Alien frequencies come through and as it gets harsher it reminds me a bit more of someone like Waves Crashing Piano Chords.    There is a definite modem vibe behind this static march.    The way this crackles though, just the way the static is manipulated is what makes it so special, so unique and why you must really listen to it, as it feels like the siren of a war raid is going on behind it as well.   Those alien frequencies channel in and out.

It can begin to change those frequencies, higher and higher in pitch, as the static crackles like a giant fire, growing and growing.    Through that static the sharp ringing can almost feel like the howling of a wolf.    For some reason, I am reminded of the film "Cabin Fever".     Ringing through more and more, this begins to sound like a metal detector or sonar.   Full tilt now, into video game glitch and then robotic sounds like Wall-E.     Stronger now, it can feel like a lightsaber cutting through.    Scrape, scrape, scrape, we slowly scrape through the static.

The static pushes through now, mechanical, on the flip side.   Starting and stopping, ringing and fading, this is a full on assault of the ears.    Through the skipping it somehow manages to create this distorted trill now.    The sharpness brings out a feeling of a helicopter blade turning and then there are crashes into destruction, doom, like bombs being dropped from the sky.     It's a lot of static and ringing in sharpness now.     While it cuts in and out, it also maintains a certain steadiness, which I know sounds like it contradicts itself but it really does work like that somehow.

The loudness, the constantness of this cassette while having breaks and becoming sharp is what creates the magic within it.    By the end, it just seems like a free-for-all of static and no one will survive. 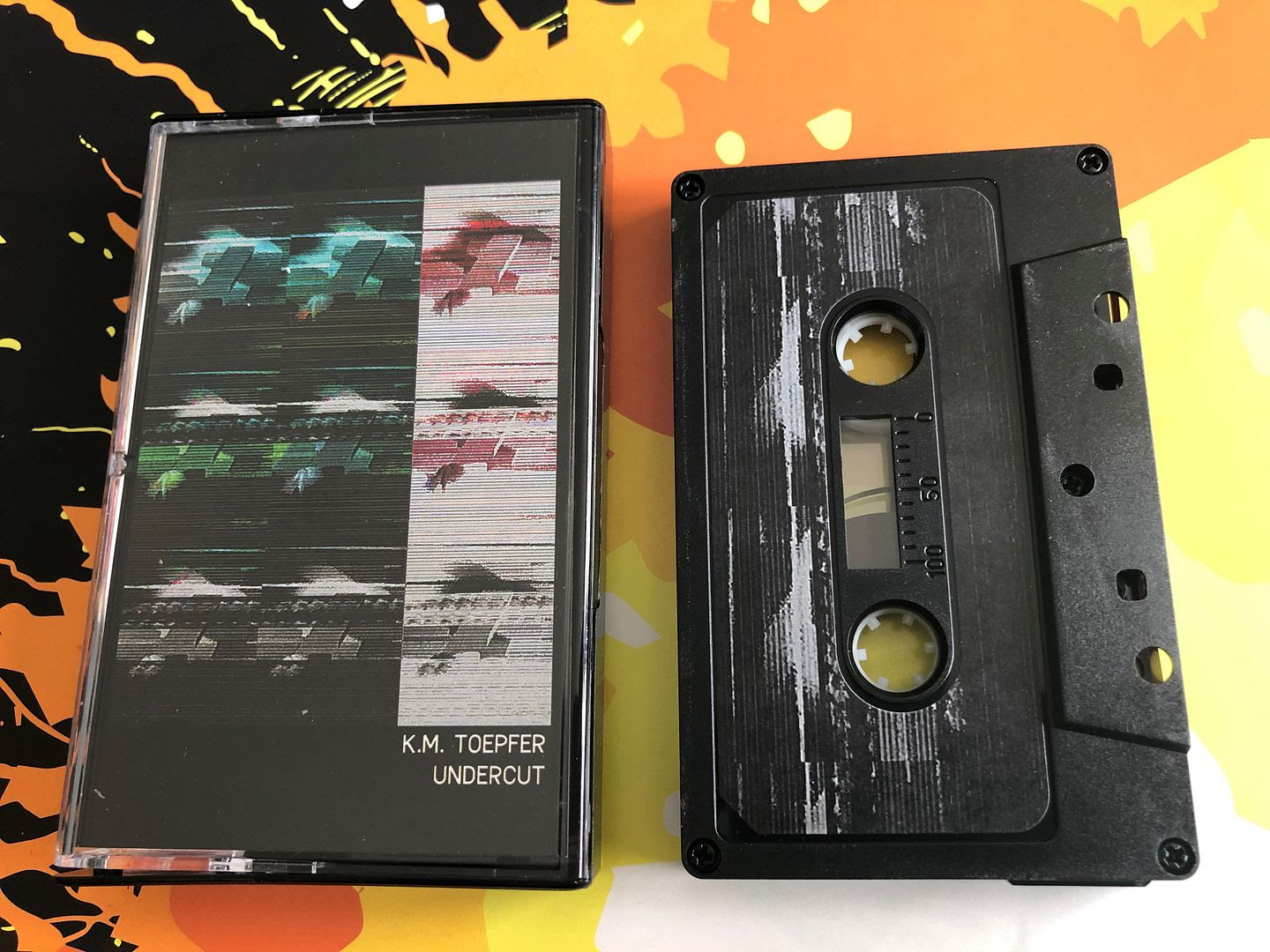 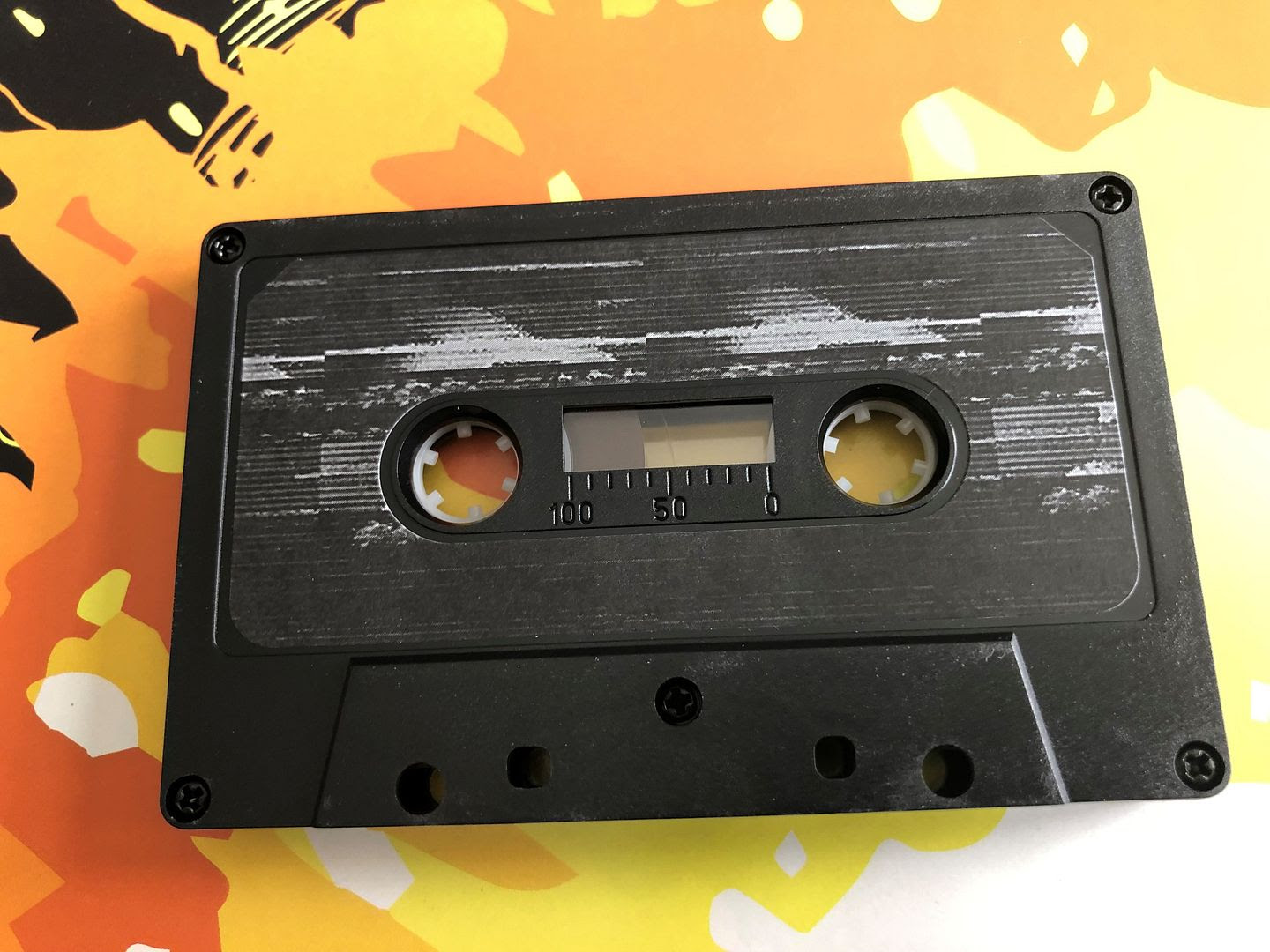 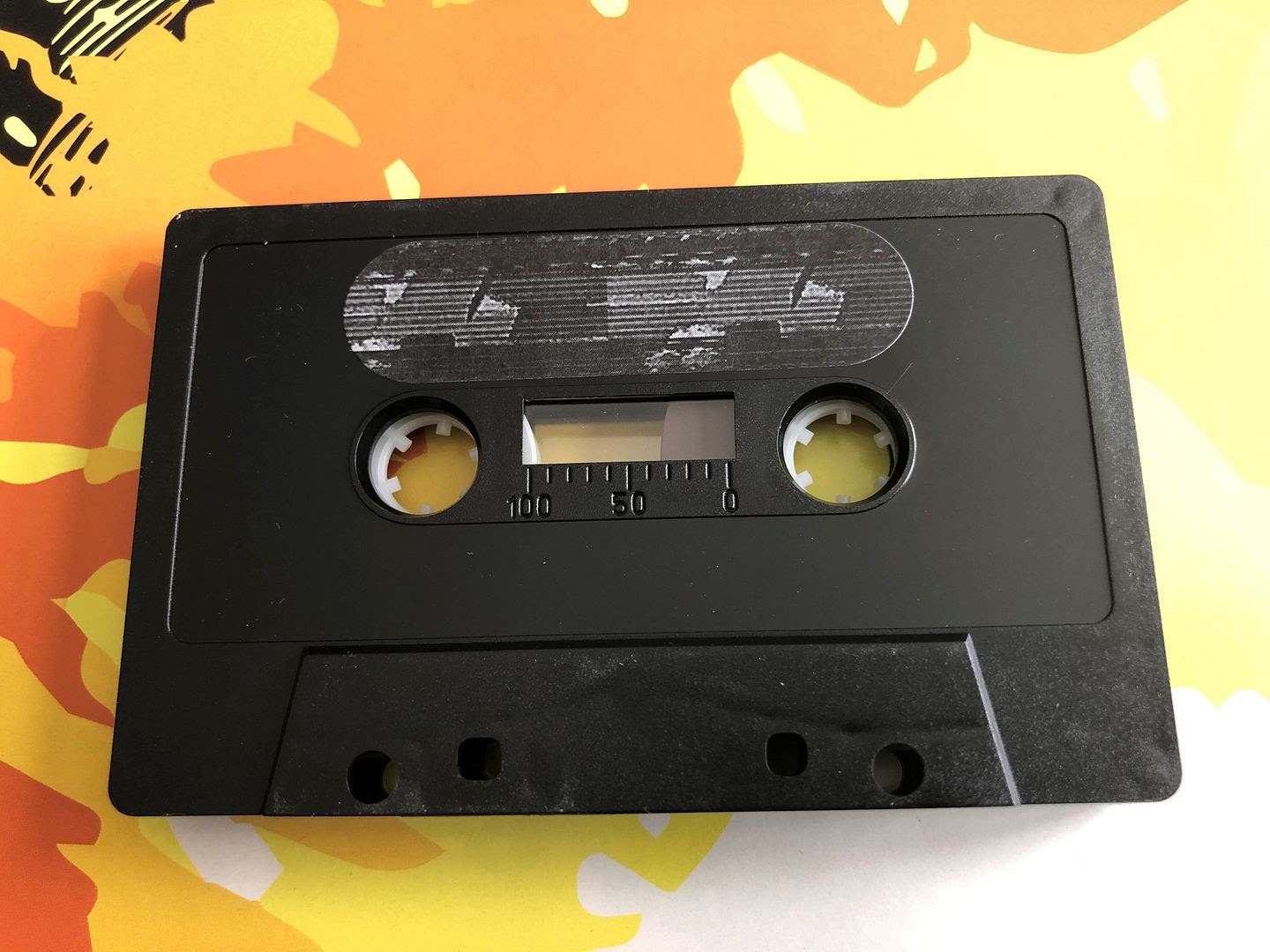 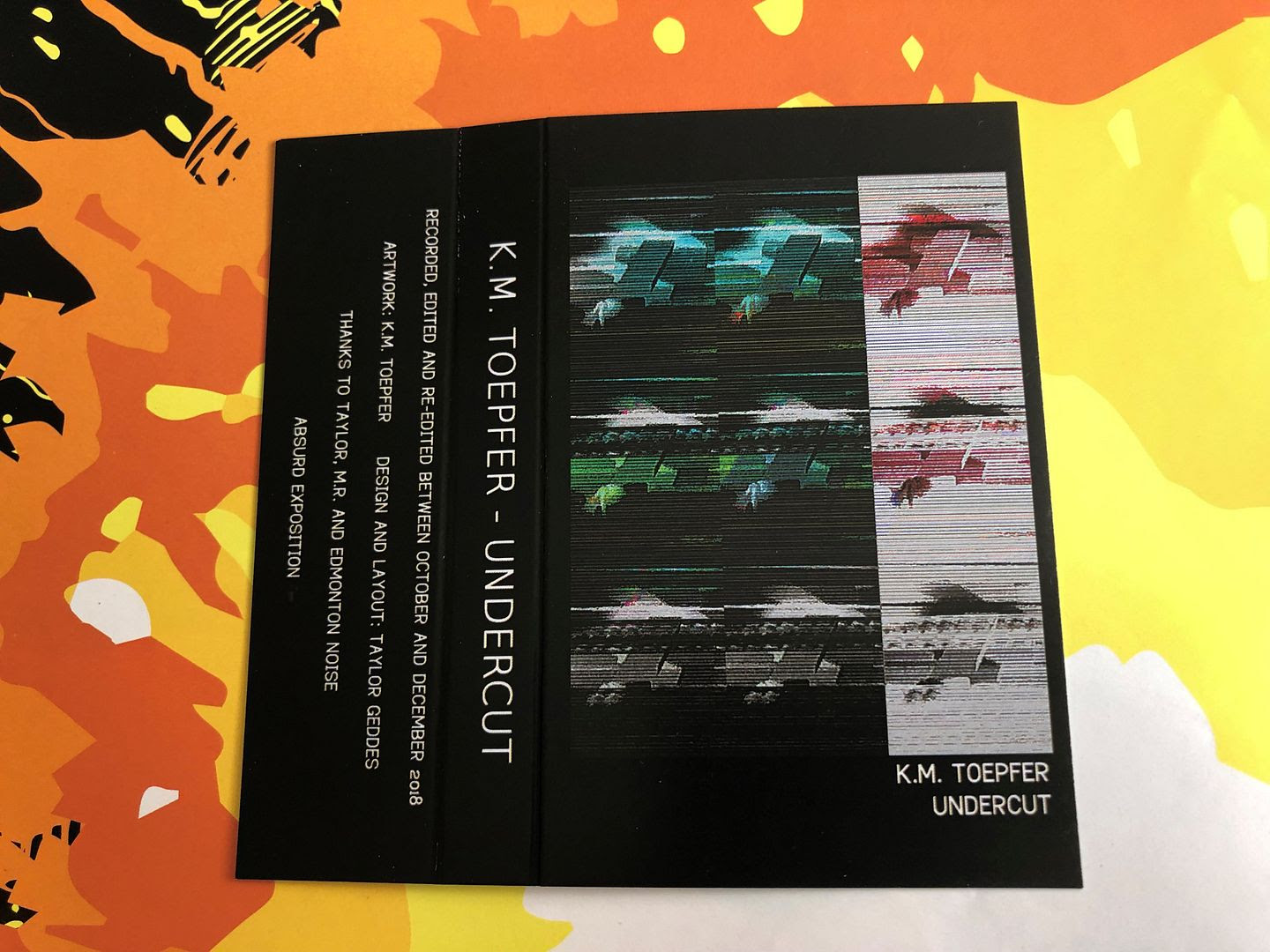 Posted by Joshua Macala at 3:05 PM