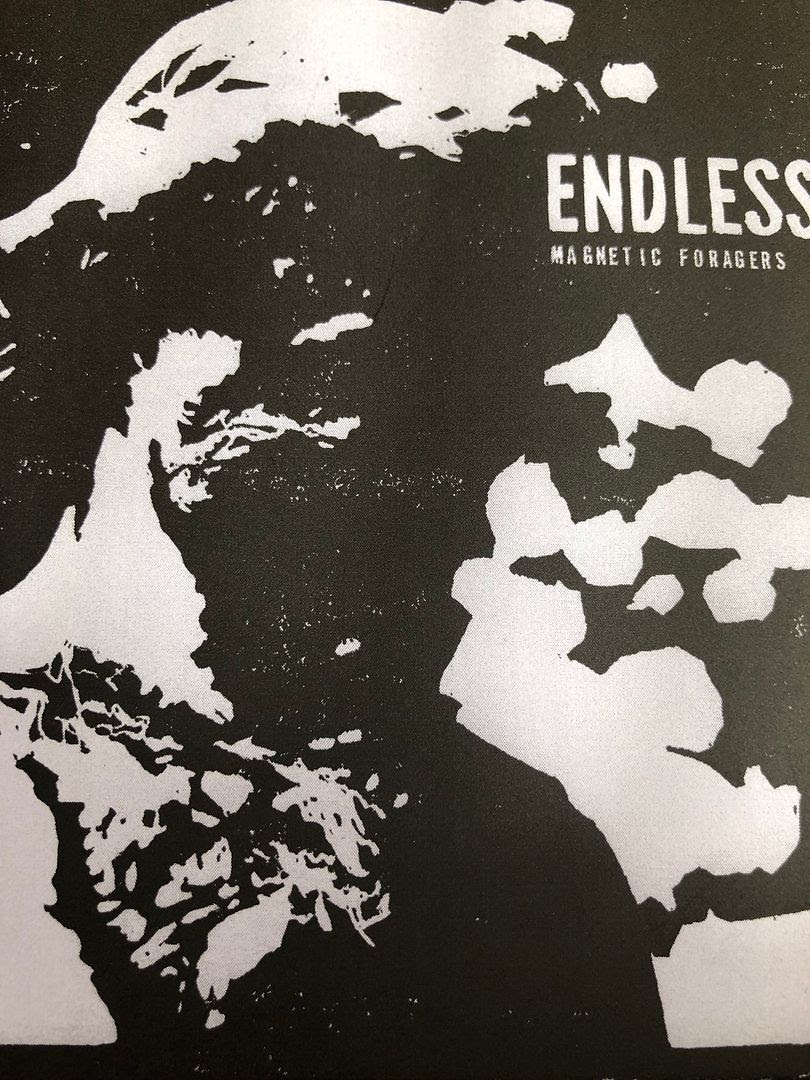 This begins with a darkness and acoustic guitar notes feel within what sounds like tape unraveling.    There is some background noise like banging, like things being shifted around, and it feels somewhat ambient as well.    Some squeals come through with sharpness and you can just feel the static.    It all fades down until just the acoustic guitar notes are left.   What returns is a deep bass groove with tones which make it sound like we are on a serious mission.

The way the synth picks up and comes through feels rather magical, like we're floating around on clouds, but yet it maintains that pace, that urgency of a sci-fi movie like "Bladerunner" where we are on the run and someone is after us, perhaps trying to get us to go back to their lab for things which we do not wish to do.   As it begins to feel like we're being blasted through space with laser synth fights, it then goes into minimal deep bass once again.

Tones shift kind of like bagpipes now but something else.   There is percussion in here which echoes and it just makes the whole feeling seem like a slowed down dance.    This turns into a hum with a rattle, which is somewhere between an alarm and a drum roll.    Somehow, this creates a sound which reminds me of an engine.    We slowly begin to build back up after a slight bit of silence.    At one point it sounds almost like vocals and then this rattling comes through again, sort of like an alarm.

Acoustic guitar notes make their way back in with some slight static air, kind of like the hint of sands while being on a beach.    Into ohms now it definitely feels like we have reached the point on "Endless" where we are meditating.    With an angelic feel, ringing guitars blister through and this seemingly puts me into a trance.    As it fades into another song within the song, we have these organ drones to start.   While we drift out into the ocean, there are also some waves in here which imply the waters are a little rough.

Through the static come some higher tones and this just feels like we're going from something more stable and steady into some place wilder, some place unknown.     At the end it can feel like it just cuts off but this is why it is called "Endless" - the idea is to continue to play it.    While you would have to keep flipping a cassette or record (I'm not sure how digital works, but if you download it you can probably have a repeat button on Windows Media Player or whatever) this shines on CD because you can actually hit that repeat button as it was intended and just keep going. 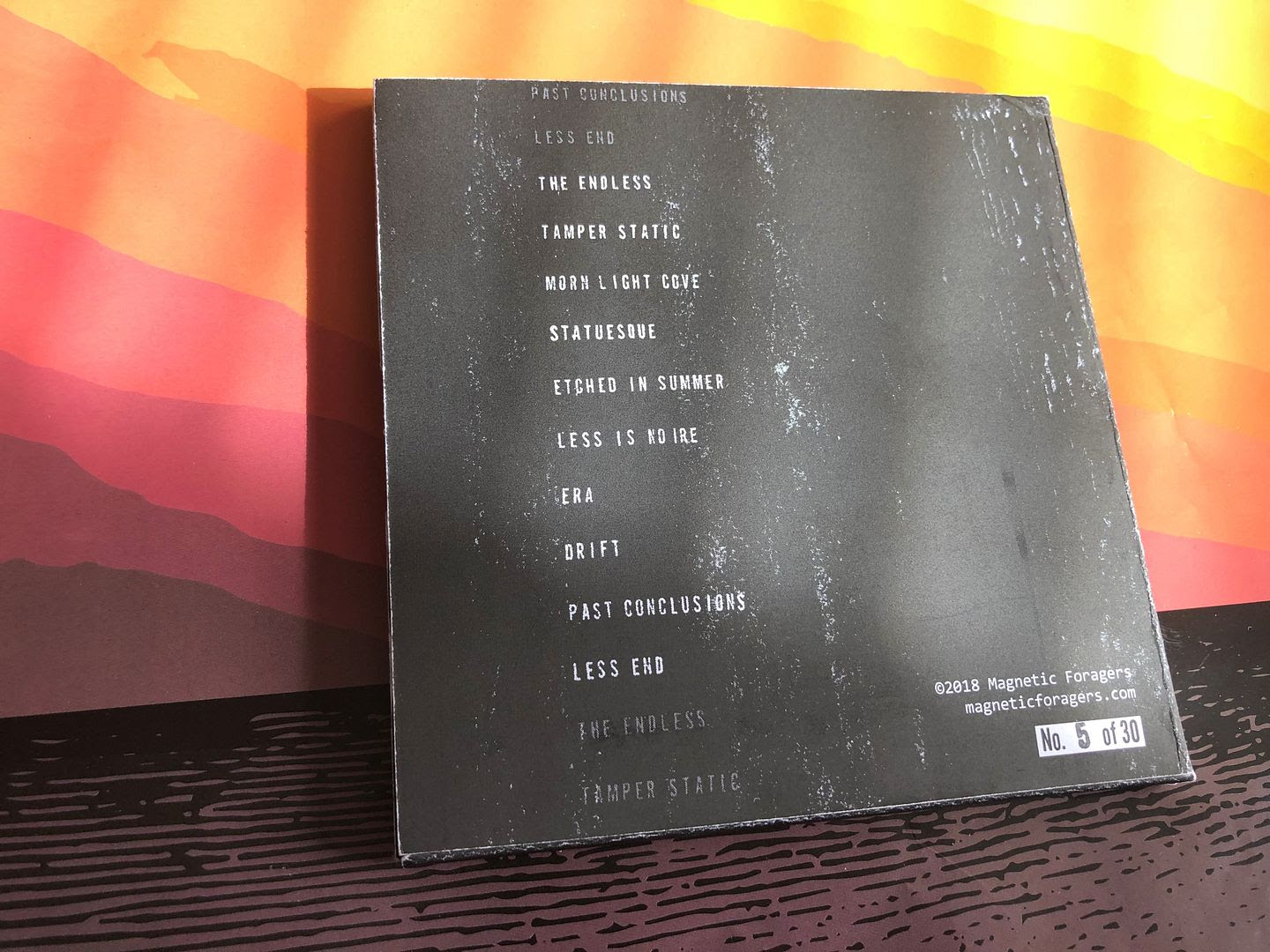 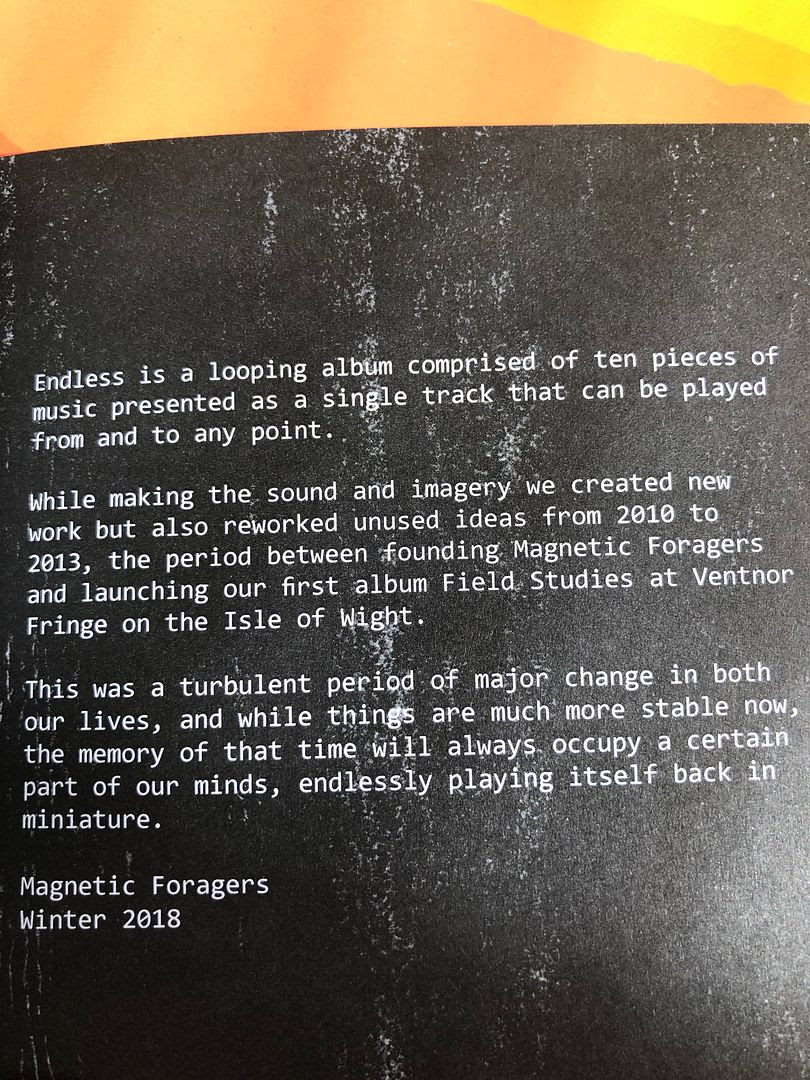 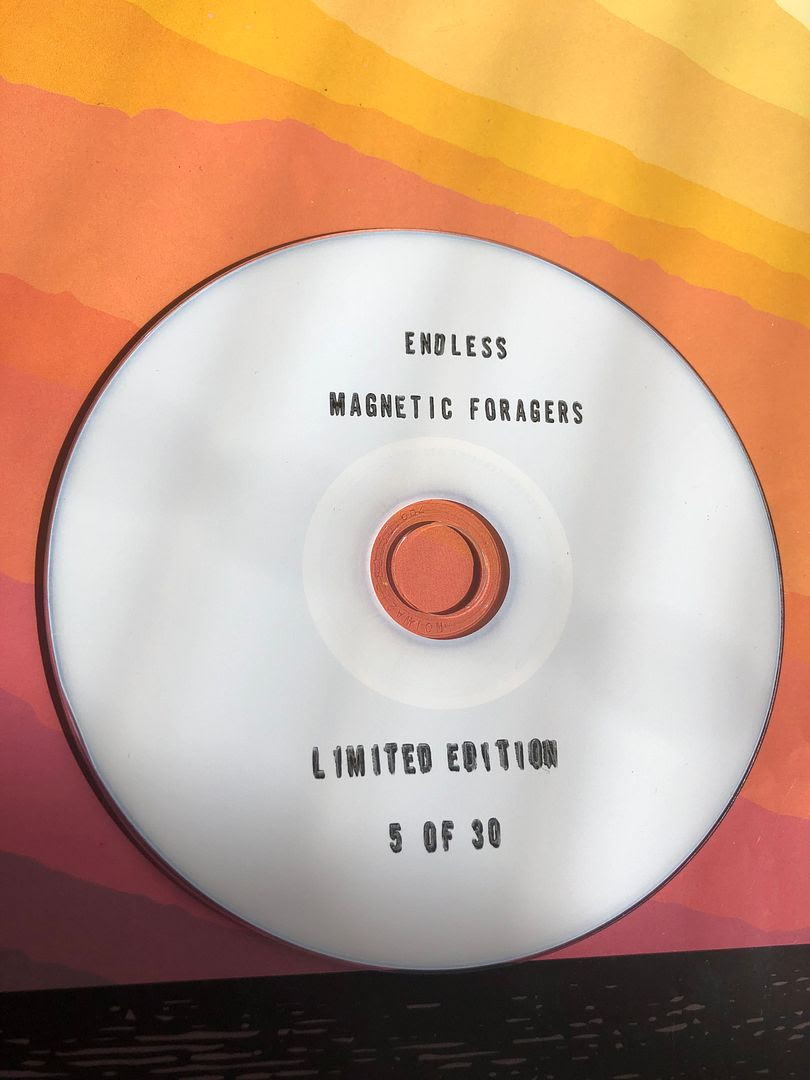 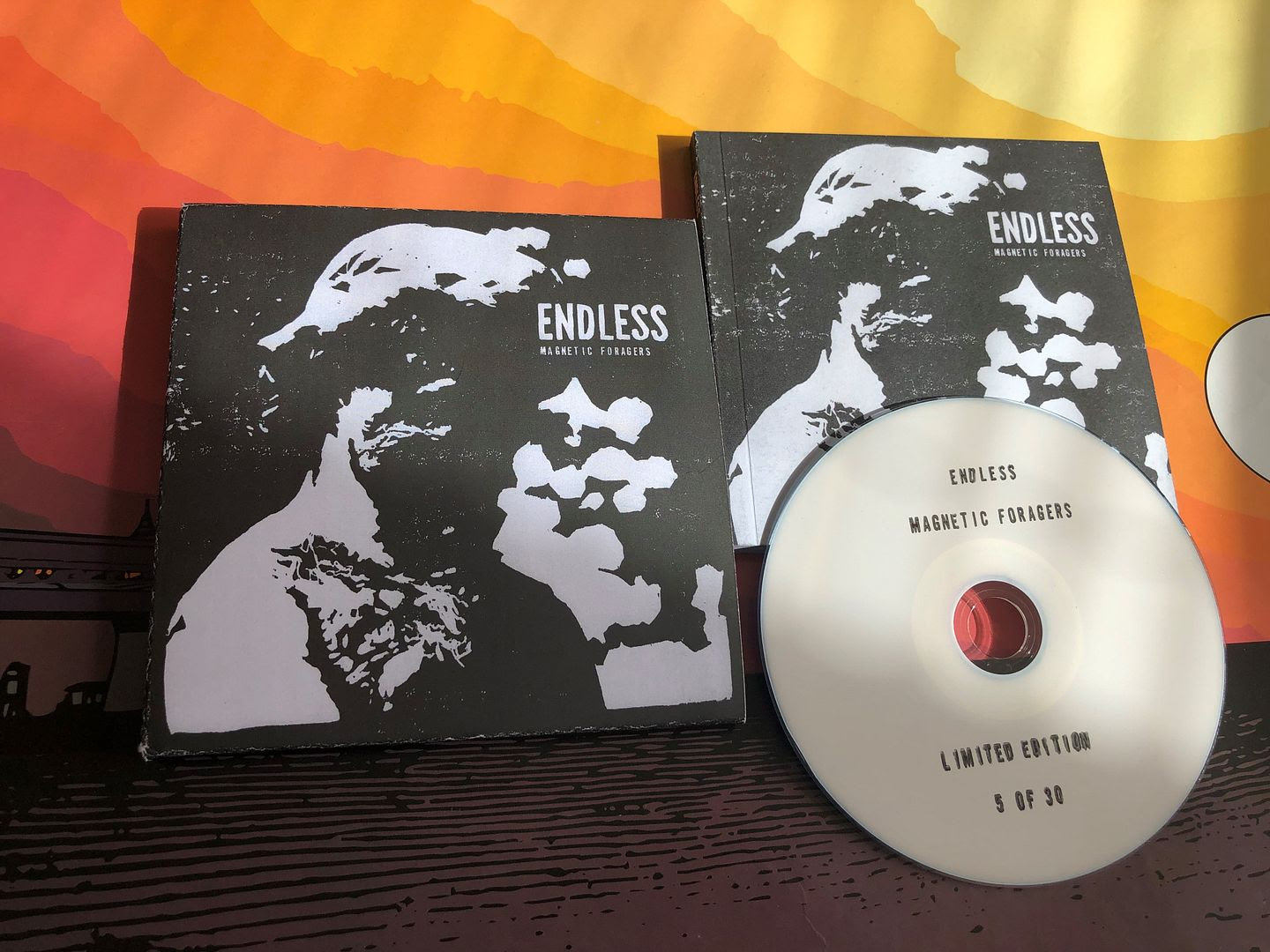 Posted by Joshua Macala at 1:18 PM