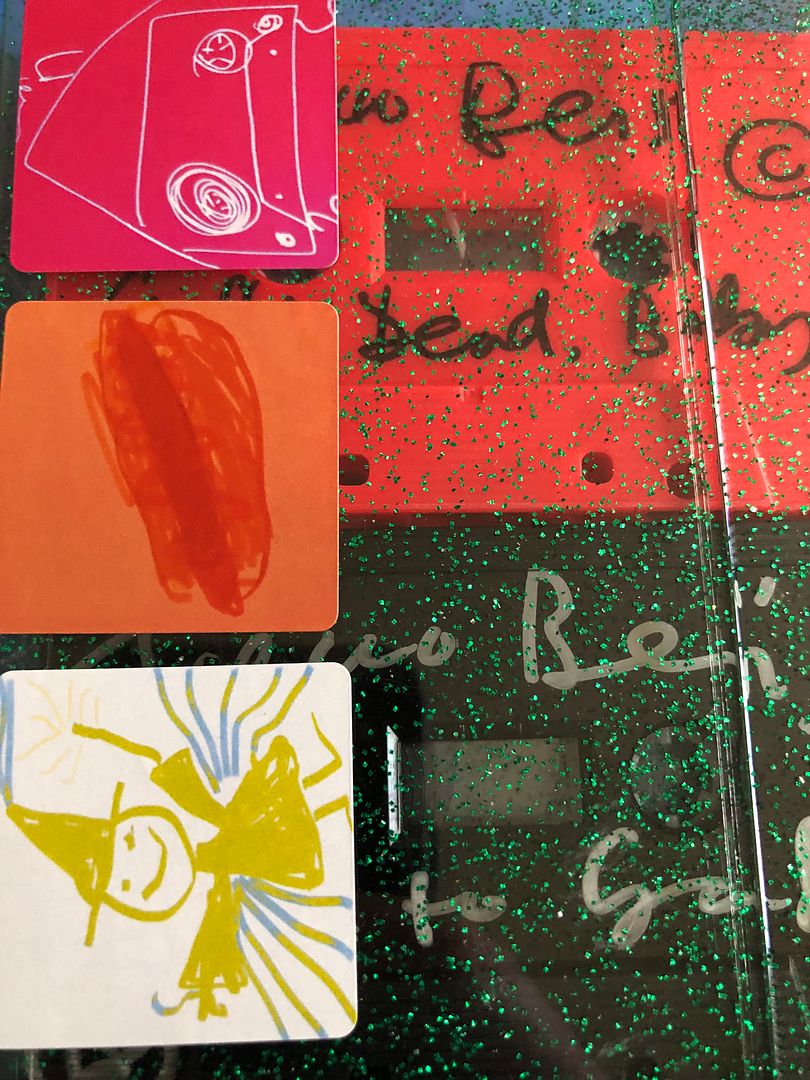 So the story with this is that it is a trilogy of cassettes and while you can buy each of them through their respective Bandcamp links, the only way I find to buy the set of all three is through a link on the second of the set.   I will tell you, however, if you buy one of these and not all three at the same time you will regret it.   Save yourself the time, postage (and save Trecco Beis that trouble as well) and just buy all three cassettes at once because once you hear one you will want them all.

The first song on this trilogy of cassettes has a classic rock vibe to it where it's just cool.  He's singing about being a detective and a policeman, a doctor who can cure all ills and it just has that vibe to it like it'd be out of a Tarantino movie but maybe if it was a modern beach type of movie.

We go into a more upbeat song now with drumming, which is somewhere between the Flaming Lips and surf rock.  Imagine an old Elvis movie where they were going to have a clambake and then the Flaming Lips covering the songs from that (Which would actually be pretty cool, but it doesn't need to happen as much now because we have this cassette instead!)

"Kind of Girl" has a dreamy, That Thing You Do! type of feel to it and as the other songs might have touched on the genre a little bit, this song has that true 1950's type of rock n roll sound to it, like Buddy Holly or that "why must I be a teenager in love?" song I mostly know from old commercials.

On the flip side we have these drums which bring out a lot of words, a lot of fun and la-la-la-la-la's.     This feels a little bit like Hunx or maybe something out of an old Scooby Doo cartoon.   It gets wild though and has all those garage/punk elements you'd expect once you drop a name like Hunx.    Rocking guitars and higher vocals now make me think of an upbeat Flaming Lips jam.    Soon, you will also find yourself singing along with these harmonies.    There is an applause now and we can all clap along.

"Surrounding yourself with people is no cure for loneliness" is a bit of knowledge dropped within these loud songs which contain those bells at first and then we kick into this heavier song, which almost feels like Jet.    There are doot-doot-doo's in here now and the vocals come through distorted with the acoustic clanking of a guitar.    He is also singing about rock n roll now, as the first cassette in this trilogy comes to an end.

On the second cassette, which is "Back to Gaff", it starts off all dreamy and what you would expect based on the first cassette but there are also elements of Violent Femmes and Ben Kweller within this blissed out rock n roll.    With the guitars and vocals together at times this can even begin to sound like Smashing Pumpkins.

For a classic example of that old school rock n roll / That Thing You Do! sound just listen to the song "Lou Says" on this cassette.  It's so pure and so beautiful.    After a piano interlude we go into an upbeat, fun pop rock n roll type of song which definitely feels like the music video for it should be set at the beach.   Guitar notes begin shooting through like lasers.    The vocals almost reach some Elliott Smith levels here as well.

Once again a piano takes us from one song to the next.    This time, however, that piano takes us right to the end of the first side of the second cassette.

The flip side opens up with this song which is somewhere between Dylan and Local H.   It's got this killer guitar riff in it as well.    There is also some more EFS in here.    After crowd sounds of people talking comes this dreamy song where the vocals go up and down.    More clips of people talking in between songs here.

At times this can even remind me of something modern such as Coastal Car.    It's just fun and upbeat, somewhat like the Beach Boys at times even.    We're in the forest now.   On some level this is trippy as well, so being in the forest makes sense.    After a slight bit of shuffling the second cassette comes to an end.


On the third and final cassette the guitar starts off like "Runnin' Down A Dream" but then turns into this dreamy, sunshine type of rock n roll.     This is just an introduction to the dreamy, "That Thing You Do!" / MTX type of song which comes on next.    It speeds up and really kicks in.    Then it becomes a slow dance briefly, before the moderate tempo resumes.    "Nothing Is Real" is just such a great anthem.

Then the harmonica kicks in.    This leads in, somehow, to these dark surf guitar notes, like something out of a Tarantino film.    Acoustics are upbeat and dreamy as well.    Though it's instrumental, you feel like you're watching some grand scene in a movie involving surfing and love.     Dreamy acoustics now come through with beats and it feels like we're on an island.

The final side comes in with almost dream-like state rock n roll.   It's a trip.    Then the lyrics become "He just killed himself didn't he?", which likely is why Gaff's dead.    This also feels a bit like a trippy Beatles song.    This takes us into a slower song, which could be a nice melody that you'd hear on the radio in the 1960's or even maybe the 1970's.     This whole cassette- well, all three of them- is just so much fun.

At the end we hit these Phil Collins-like drums with these lullaby tones and it just feels like we're about to drift off into sleep, which in some ways you should because the journey is over.    I'm not one to say "Why do this over three cassettes instead of one" and I've not really heard a lot of triple cassettes but this has to be among my favorite because at no point do you feel like it has been as long as it has been.   This just somehow flies by and leaves me wanting more.

Posted by Joshua Macala at 2:28 PM