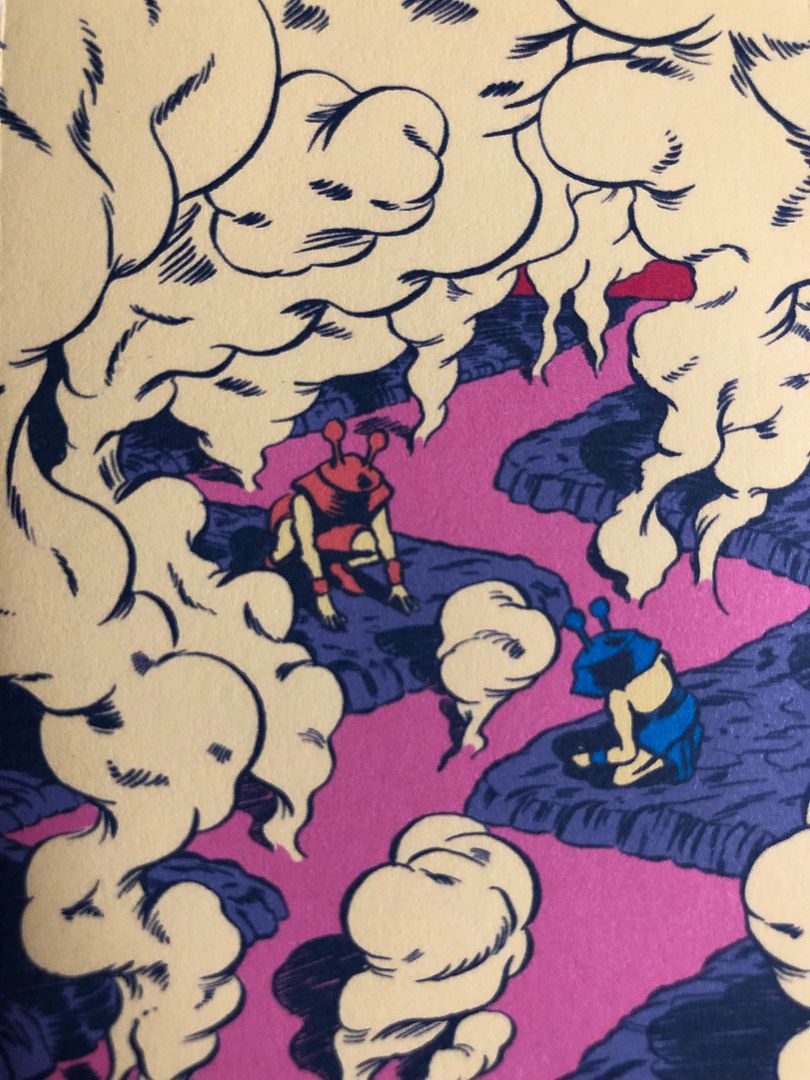 The drumming can begin slowly on this cassette, one beat at a time, but then it really kicks in and forms this sound all its own.    This brings in some softer sounds before kicking straight into the crazy static and sounds like traffic that are just all over the place- scattered and what a jazz version of FBTMOF might sound like.   I love Fuck Lungs and I think everyone who listens to them that doesn't care about putting genres on their music would love them as well.   I mean, what do you call this anyway?

As we get down to this horn pattern which is a lot of fun with the percussion building behind it, I think about what the name means and how it's probably a jazz reference in the sense that if we weren't limited by our breathing we could create so many more sounds, with horns, much like you could argue a guitarist is limited by their hands and arms.    This grows so wild that I have no idea how they do it, but it's something to be heard.

A note now comes through the horn in a slow, drone-like way with the solo beat of the drum following behind.   This sounds like a flute now and it has that magical / medieval way about it.   Cymbals crash and I'm imagining a world full of nymphs and fairies, a troll here and there perhaps.    The flute flutters as this piece begins to really take off and I'm going to say that the flute makes this somewhat jazz but I don't know if I'd call it that overall.  I'd like to teach a music class at Yale just so I can make the students put a genre on this one.

Dings come through like a triangle and a slow, deep bass horn follows behind like "JAWS".    Cymbals crash now and they become the focal point of this song.    If you've never heard cymbals takeover a song you've not been listening to Joe Hess.   A quiet rustling now as it all goes mute and minimal.    Bass notes through something like a tuba or trombone come out and they seem to be fighting with each other as the cymbals are back there and then it turns into this faster pace jazz song.  I want to say it's like some traditional musician on drugs but I feel like most of them already were.

Horns blarin' this one will not quit.    It sounds like Kerouac wrote, like the way I want to write.
On the flip side the horn buzzes through, a hum.    It feels as if laser shots are being fired as there is this drumming chaos- it's like the rain hitting the metal roof, much like hail would when they say it comes down like golfballs (I, myself, just heard a ton of rain outside in a downpour while flipping sides)   We go into a more primal state now with the flute and there are some scattered drums behind it.   At times I feel like this wants to go into a television theme but it's just disjointed.

A carousel feel now takes off.    This calms down into birds chirping.   The aftermath of the storm perhaps.    The drums become tribal now, the way they flow with the rhythm and that sort of carousel sound returns but takes a backseat as they even can create the feeling of gunfire.   It's banging in octaves now, the percussion going as wild as the horns were earlier.   We hit this point where it begins to click like a pinball machine, typewriter or... I don't even know, but the intensity increases and it feels like we're losing at "Spaced Invaders".

Through static now, it feels like we're changing radio stations after that brief bit of a lightsaber like drone.    The horns come out like traffic but then just kick in and this is some funky jazz.    This all comes to a head and is reduced to a water drop, in that electronic sense, before some rattling joins it.    Once again we've gone from the wild to the quiet and with the sound of a few footsteps, this one just ups and walks out.

Posted by Joshua Macala at 1:50 PM