Right away, this sounds a bit like some wild rock n roll band.  Perhaps they're from the classic rock era, perhaps they're from the south.   It makes me think of something like Jet, in the way that it's a modern take on something classic, though this would be more like a modern version of Lynyrd Skynyrd perhaps.    There are these starts and stops on the second song though, which make me think of The Romantics.   While a punk feel can be in here, a garage feel even, it just builds on the third song with big bass.

Even a simple message like "Don't you come around here no more" makes me think of classic rock, like Tom Petty, but this just has that feeling about it where you think of a band like in the movie "Almost Famous", playing these arenas and having these wild stories to tell while out on the road-- it just has this vibe about it that I feel like for quite some time rock n roll has been lacking.

On the fourth and final song you will hear them singing about how they have a one track mind and it's just everything that sing along rock n roll should be.   There is groove to this where you just imagine a certain scene- sideburns, bell bottoms, vests, that sort of hippie / Woodstock era of music, but also it seems a little bit past that and even into the 21st Century though I don't know of any band making rock n roll music quite this good in 2019 so we'll simply have to put LEATHERS in a class all their own. 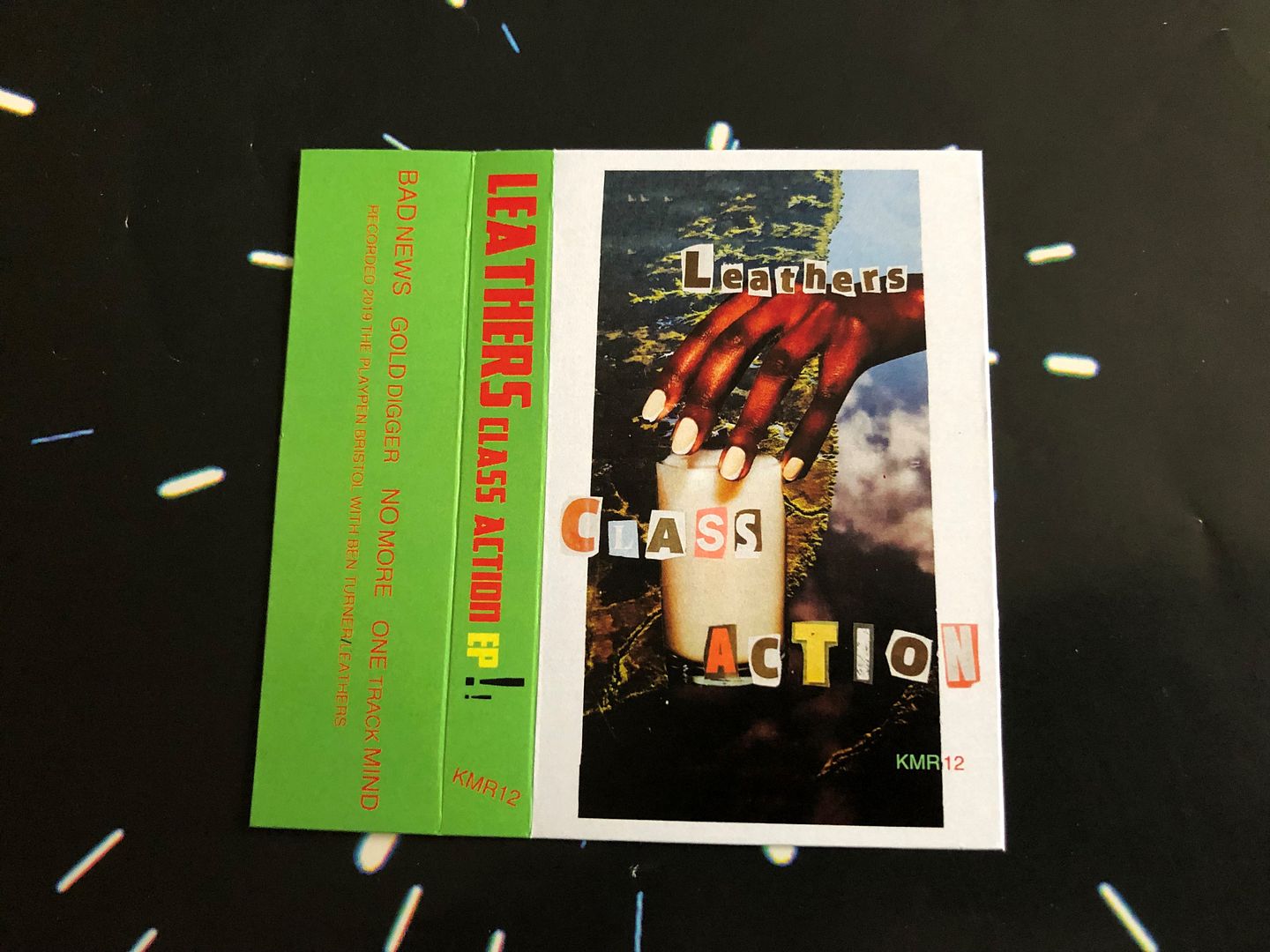 Posted by Joshua Macala at 2:36 PM