Quietly, this one starts off into this distorted wave, choppy though, and these higher pitched vocals come in behind it, somewhat magically.   It reminds me a bit of Coheed and Cambria, but mostly this one line from that one song on their first album when he sings about Thursday and I always thought it was funny, like he was namedropping the band.    This is interesting though because it has that blissed out feel, like Smashing Pumpkins or something, but the distortion just drives it to where it is also almost harsh.   If you were going to try and get someone into listening to something harsh (with that sharpness that dogs don't like) this could be a good way to gently eaze them into it.

A darker, minimal static now takes us into this different plane of existence.   It's a ringing drone, somewhat haunted but mostly uplifting.   Guitar notes ring through now with the skips of static drum beats.   The singing returns and this has this gothic feel to it, like something from "The Crow" soundtrack but I'm thinking of Garbage as well, who were not on such a soundtrack as far as I recall.    This also really just begins to make me think of The Lyndsay Diaries.

This goes into a song that is pretty straight forward distorted rock.  In ways it reminds me of Veruca Salt and in other ways it has this industrial quality to it which reminds me of Stabbing Westward but not always quite as dark.   There is also still that SP vibe, which could mean both Smashing Pumpkins and Silversun Pickups.  Also some of The Wrens perhaps.    Those electronic clicks come through next which bring out some beats for a chillwave number.

Through organ glitch comes some static and singing and then we drop off into these guitar notes like the Old West with static bursts behind them.   It has that feeling of that one electronic Smashing Pumpkins album but with these beautiful acoustic guitar notes mixed in somehow.    It grows into a melodic song and then the distortion comes through quite harsh, like the changing of a radio station.   This changes to where it goes up and then out.

On the flip side we open up with some winding static.    This gets sharper but then returns as deeper, darker beats.    You can feel the mechanics of it dropping up and down, somewhat like a glitch and somewhat with those acoustic guitar notes behind it all as well.   It's very solemn.    This grows and then eventually the guitar notes feel like "Come As You Are" and the singing returns.    And then it just kicks in with a sea of distortion.

A solo drum beat now with the singing and this has a Phil Collins way about it but also in a modern sense, the final song in some sort of film this cassette has created by reminding me of different artists and even different genres with every song.    This becomes some form of gaze but it really feels like the distorted guitar chords put us in a haze.    This is the perfect way to drift off as the cassette comes to its end. 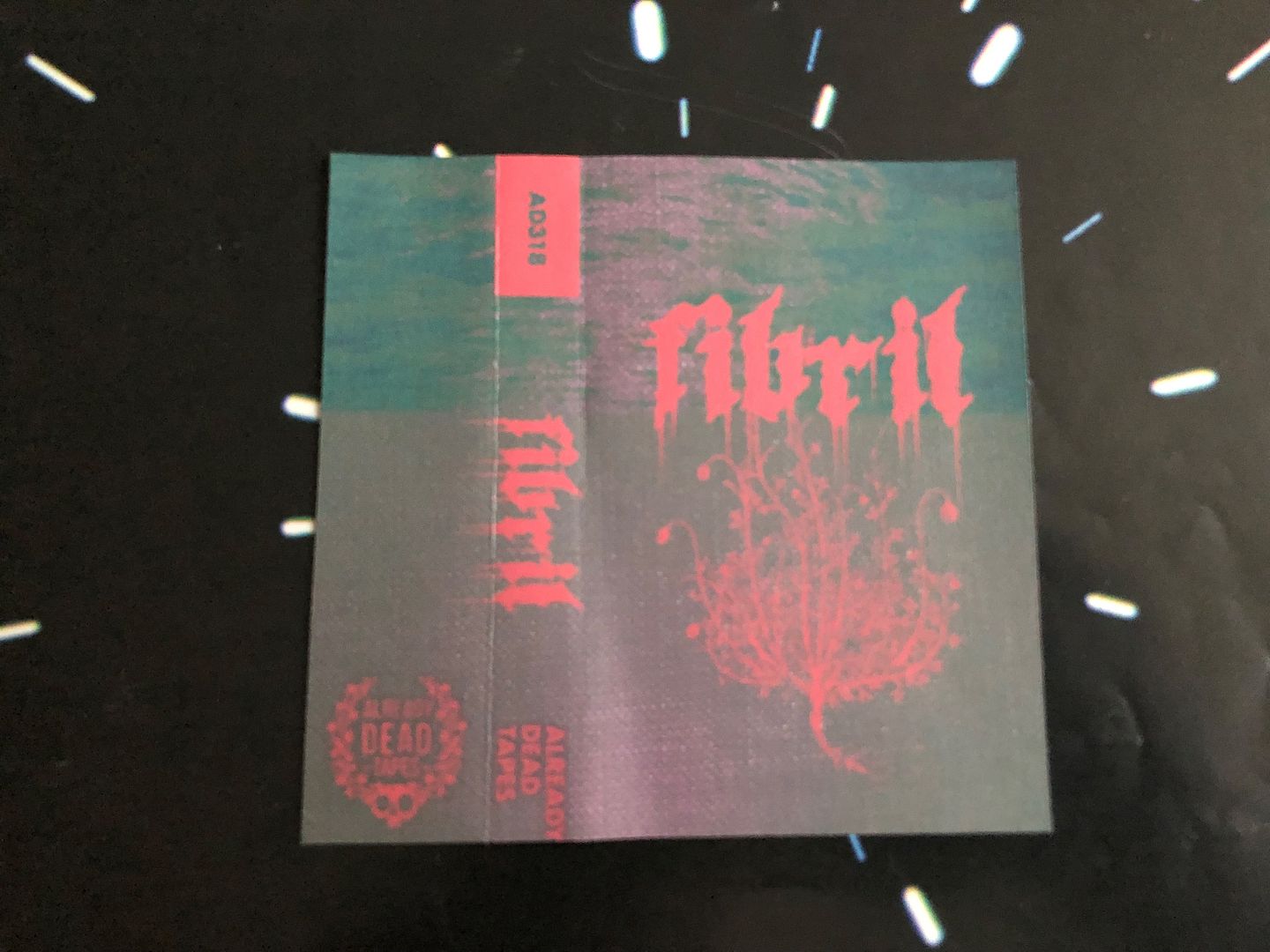