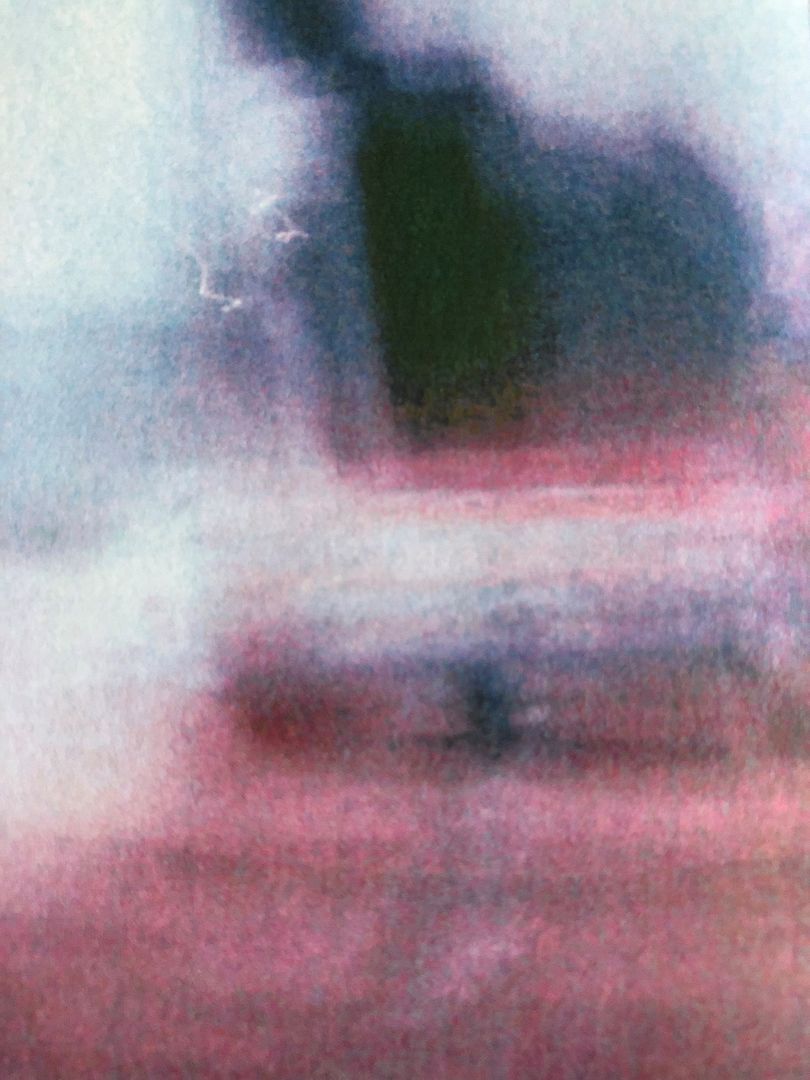 The ambient tones ring through and fade out.   Beeps come in now like some post rock from another dimension.   As it builds up it can become the entire space in which you are listening, going from one dimension to an entire galaxy of dimensions.   It blisters and soars.   As it crashes and fades it finds its way to bring about deeper, nautical tones.    There is a cutting through here as well, that horror movie chopping.

A lighter feeling of electronic insects now.   We seemingly wave back and forth now, rocking like we're in the ocean and about to fall asleep.    You can hear the hiss of the mist around you and a dark drone enters.   A ringing like scraping in the background now of these haunted drones, like the dead are slowly walking and dragging this weight with them.    When this cuts off we return with a song with more of an electro-buzz.

Tones float back and forth like an alarm and you can get lost in the ether.  Guitar notes pierce through to the core of your very soul.   It expands in waves and I can feel it growing like post rock.     One last crash sends the waves out to sea and we get into some electronic lightning now.     Notes peak through now like the sun and the mood becomes rather tropical.   That guitar is strumming away.    It really kicks in now and feels like a plane taking off.

Strings start off the second side, an underwater symphony.   It can begin to feel like a storm now.   A storm at sea.    And now it grows; triumphant.    Dark strings just keep this fight at sea alive.   It wages on.    There is also this Phantom of the Opera vibe going on because it at least feels like it is haunted by some sort of phantom.

Sharpness now brings about jaded tones with it.   These hues really push through ambient now and this one just comes on so strong.   Quieter, it returns with some sonar blips.    It begins to feel like we are in the submarine but there is also a metal feeling to this- not like headbanging but in that scraping sense where you drag some giant wrench or similar object across the concrete ground, only it also seems to be coming through in waves.   There are ticks now, somewhat like The X-Files but also like a bomb about to go off.   There is also this everpresent feeling of a helicopter but in a total synth way, which just seems to take off.

Posted by Joshua Macala at 1:48 PM