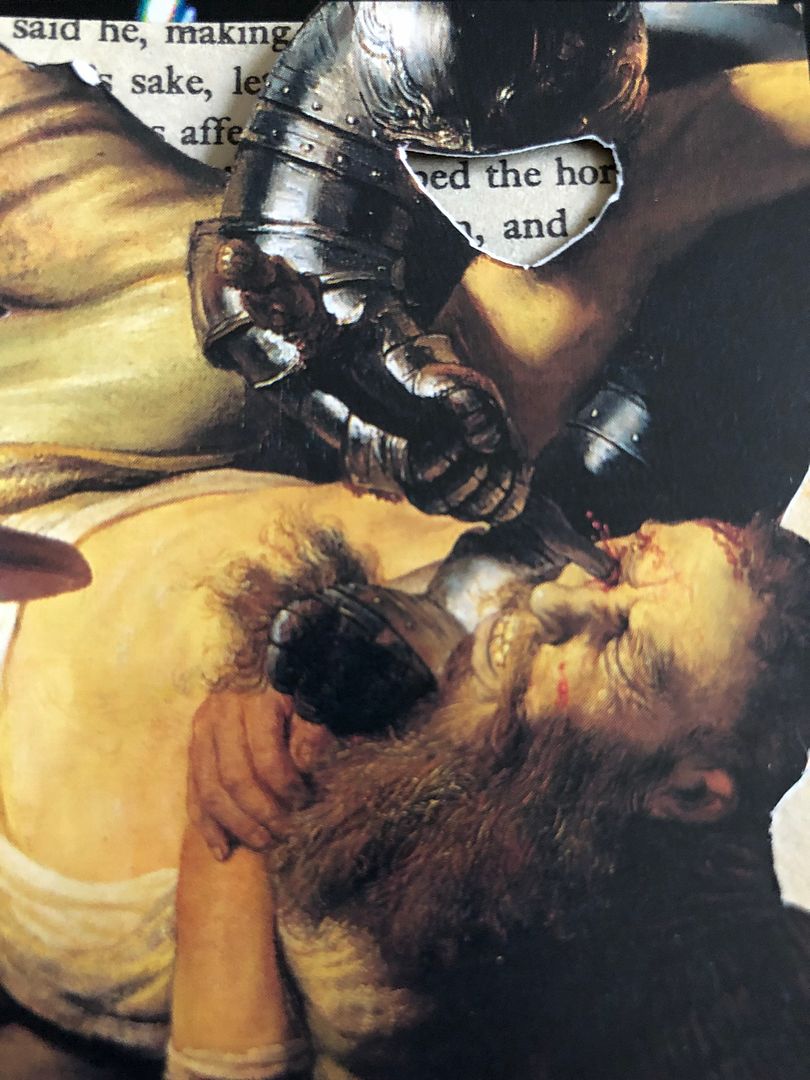 This begins with a footsteps type of sounds, words are spoken and then these dark, deep organs come in to paint the space.   It becomes a drone but you can hear that static crackle like footsteps, a slight shuffle, every so often.   As the tones drone like an intergalactic space station it feels like the footsteps have become a field recording of someone out there in nature or just the world in general.   Car horns can be heard blaring now, and then it goes into an audio clip about being abstract and holding the instrument, then the car horn continues.   Children's voices can be heard in the distance.

The drone takes a short break as we venture out into the city but then it returns a bit sharper, a bit more piercing to the ears.    It feels like we're falling into a void, but also there is that feeling of being amongst society.  Two tones beep and it feels like we entered a store.   A voice is scrambled now as a different voice says "There is a language".    Somehow it's this out of body experience, like walking through life but not as yourself, watching a film about yourself perhaps.

It gets a little bit squeaky now, like a rusty swing or a flute.    It's quiet now, a slight wind and a slight crackle like fire.   As it feels like it burns out, there is a slight crackle as the spoken words come back and there is a conversation now about intuition as the deep organ drones behind the words.    We're just floating on in this drone now.    More words now bring about this mechanical banging sound.   It feels like we're in an old abandoned warehouse now.   The drone becomes a little bit wavy as well.    Lasers blast like guitar string scratches and it feels like there is a deep beast moaning.

On the flip side we start with these horns and tones which make it feel more like jazz.   It can begin to feel like a video game, as these drones also fill the background, and then the words are spoken once again.    "I never knew what was going to come"   Water now.  Sonic frequency changes and beeps.   That drip drip drip.    Darker it grows, more like a basement or boiler room now.

There is a sound of wind chimes now, but also like pots and pans to some extent.  It's a growing intensity.    A quiet, minimal winding, a creaking now as words come in here and there.    After he says he thought of that when he was ten years old, these suspenseful tones like Hitchcock come in.    It feels like an accordion now, folding in and out, yet we also seem to be making our way through space with those extra tones coming in which feel like transmissions as such.

A little bit of these Transformers/droids coming through now, but still in that "Alien"-like atmosphere.   As the conversation turns to how it vibrates (the paintings and the sound) a lot of mechanical bug sounds come in to the point where it feels like metallic rain.    Someone enters the room and tells him about Kombucha- calling it "a weird fermented drink" (which is fairly accurate) and then this is how the cassette comes to its end.

Posted by Joshua Macala at 1:11 PM