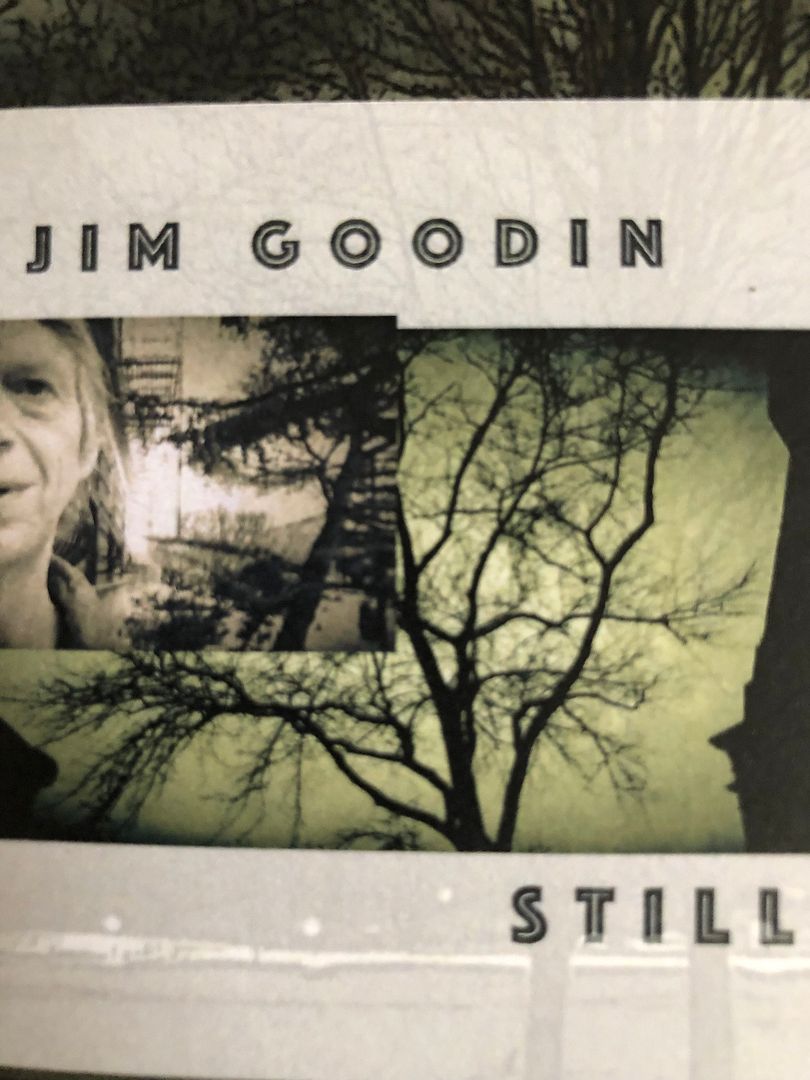 A sharpness, almost like a beeping, creeps in slowly.   Tones like guitar notes come into the background now and they feel like something out of a Hitchcock film.    It feels like scales now, perhaps a harp, but it grows more intense with each note.   There is a drone humming at times but the sharpness, the back and forth, makes it feel symphonic.   It can even begin to sound like a breaking down musicbox.

Strings now cut across the second song-a violin perhaps.   A darker moan enters now.  Something like a dinosaur.    This can mimic dying now, some form of suffering.   As it gets sharper it can also feel mechanical.   This also can just feel like monsters as it drops off.

Higher notes start the next song, like an acoustic guitar or sitar.  They can bend and wind like tuning.   The notes can dart around like ping pong balls, but also somehow seem to create this Desperado western feeling at times.

Blissed out tones become the next song and this has that slow moving indie film vibe to it like FNL.    The movie seems to be going in slow motion, black and white and it just feels rather dramatic.   The tones can change, but in a lot of ways they also just ring on through.

Strings sharply cut through to start off the flip side.    It almost rattles as it pierces through.    Another set of strings joins in now and they play off of each other like a dialtone.

A darker, hollow feeling now which can pick up the distortion and go from that almost industrial place to one of post rock bliss.   Guitar notes feel like they're ringing and this could be one of the songs on this cassette which is closest to the standard thoughts of rock music.    It creeps in a bit now, a little bit like drone but also like a synth which just wants to burst out like a raygun.    As it grows sharper, it grows a little harsh here.    This is somewhere between NIN and "In Utero" era Nirvana now.    This becomes a squealing now, but in a pattern which makes it also feel like we're going around on a wheel (which is basically looping, I suppose, but I think of the wheel spinning)

A broken down carousel type of sound comes through now.   It's that sound- that idea- of going in a circle which persists and this one begins to pick up steam along the way.   Tones play off of each other like some sort of alien concert with pianos on either end of the stage.   In many ways this feels like a toy piano being played but it just has this... it's not quite as intense as the Hitchcock sound heard before it and not quite as fun as other parts of this cassette either, but it's a comforting blend of the styles heard up until now.

Tones come through now one at a time and it feels like the end of the movie.   As they wind I begin to imagine the old west again only this time underwater.    Ultimately, as all things do, the tones just reach their end as they play in succession one last time. 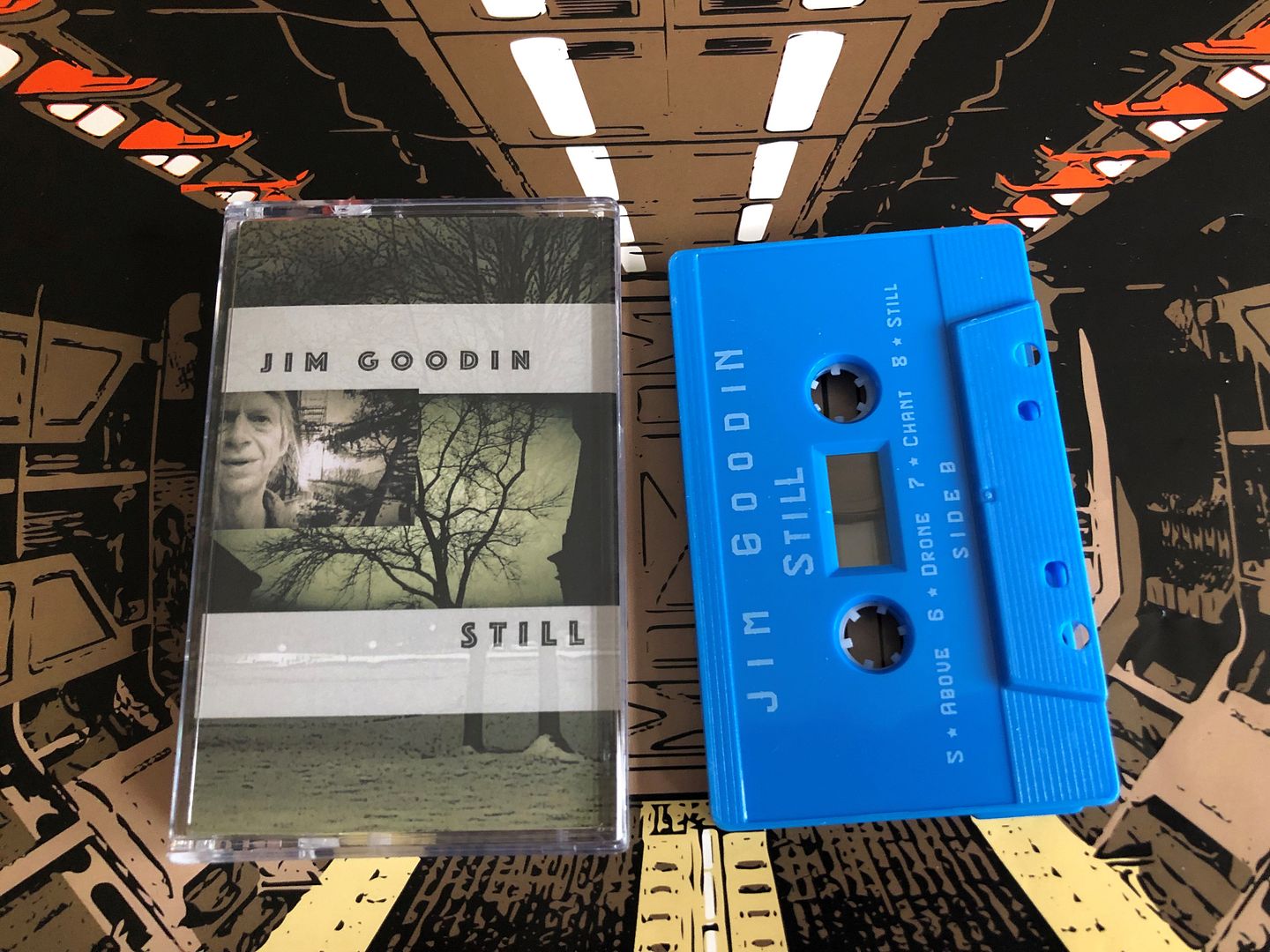 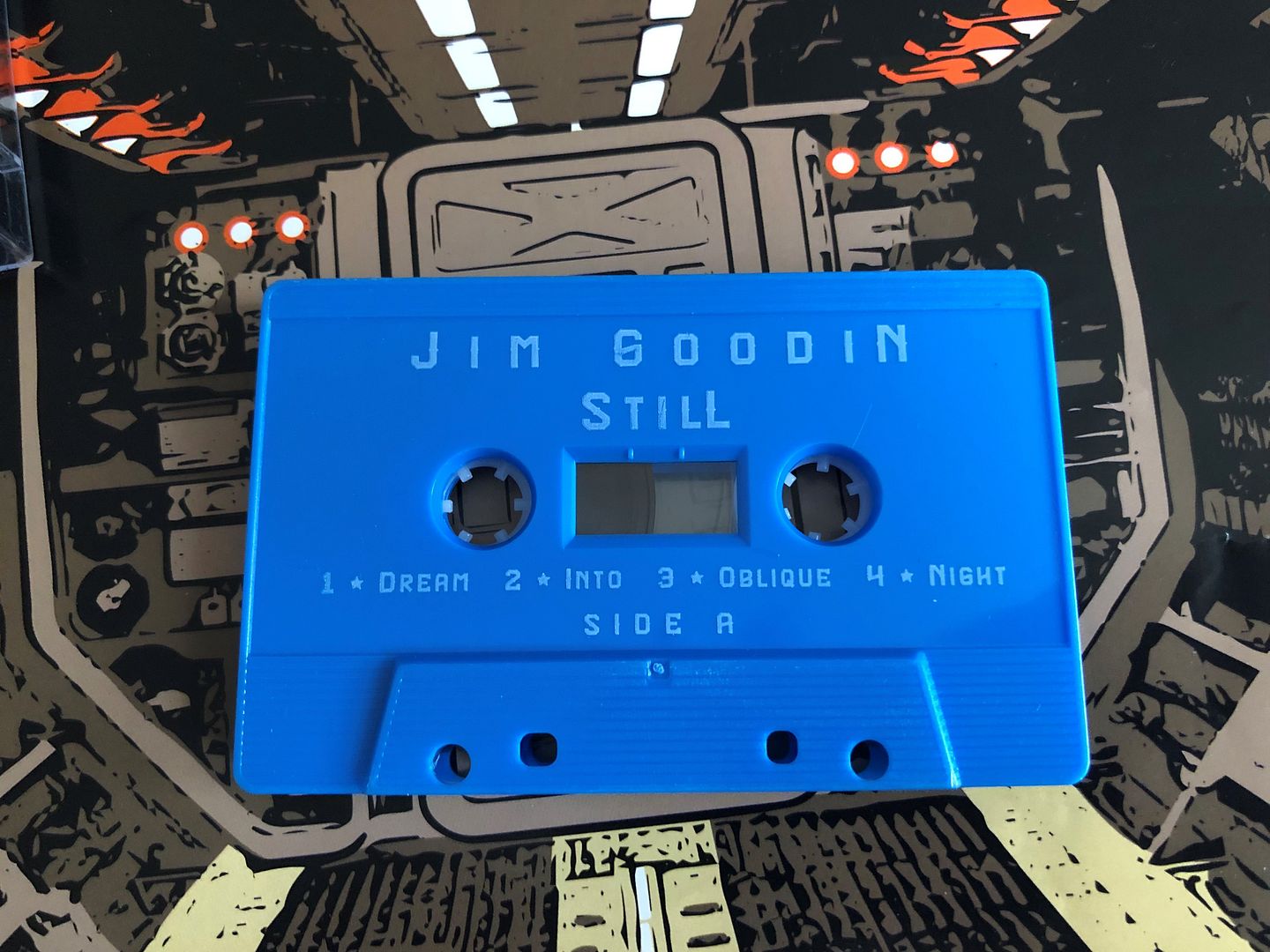