Quiet guitar notes slowly grow like post rock or something BBJr. might play.   It finds this groove and it feels melodic now.    This is instrumental so far and feels like it is only being made by the guitar as well.    It really begins to feel like it's flying now, with these FNL guitar riffs which just open up the sky and journey into space.    There are some droning type tones swirling around behind this all now as well.    As the guitar notes begin to twist and turn it really begins to feel as if it's singing now.

There is this hue quality in here as well, like we're watching an indie film shot on some old camera and sometimes the way the images play back kind of flicker.    And now it's just kind of droning into the ether.    While it feels like you could easily sit down in one place, zone out and get lost in the reflection of all of this, it seems just as likely that you could find yourself moving with this- whether walking or driving, just having it be the soundtrack to all that which is passing you by.

On the flip side we open with guitar riffs and this whole side is live.   Some says "Yeaaaahhhhh" and you can hear the percussion on here as well.   It's a winding guitar rock now, getting so close to opening up into that driving Americana of someone like Tom Petty.   A guitar line exists behind it which makes me think of post rock but this also just gets so loud and feels like a jam band.   As it slows and quiets down you can hear the cheers.

The next song starts with what sounds like a "Chaaaa!" and then goes into this great walking bass line.   It's dark, like Zeppelin but with a modern twist as well.  At times I'm thinking of The Beatles but also I feel like "Come With Me" and then there's just this certain sound coming through from rock which is not classic.    And then it just opens up like Hendrix and just starts shredding.    The cassette ends with a live, solo version of the titular track, which was heard on the first side.    Even if you feel like you've heard this one before, it's worth repeating just to feel like you're bringing this cassette full circle. 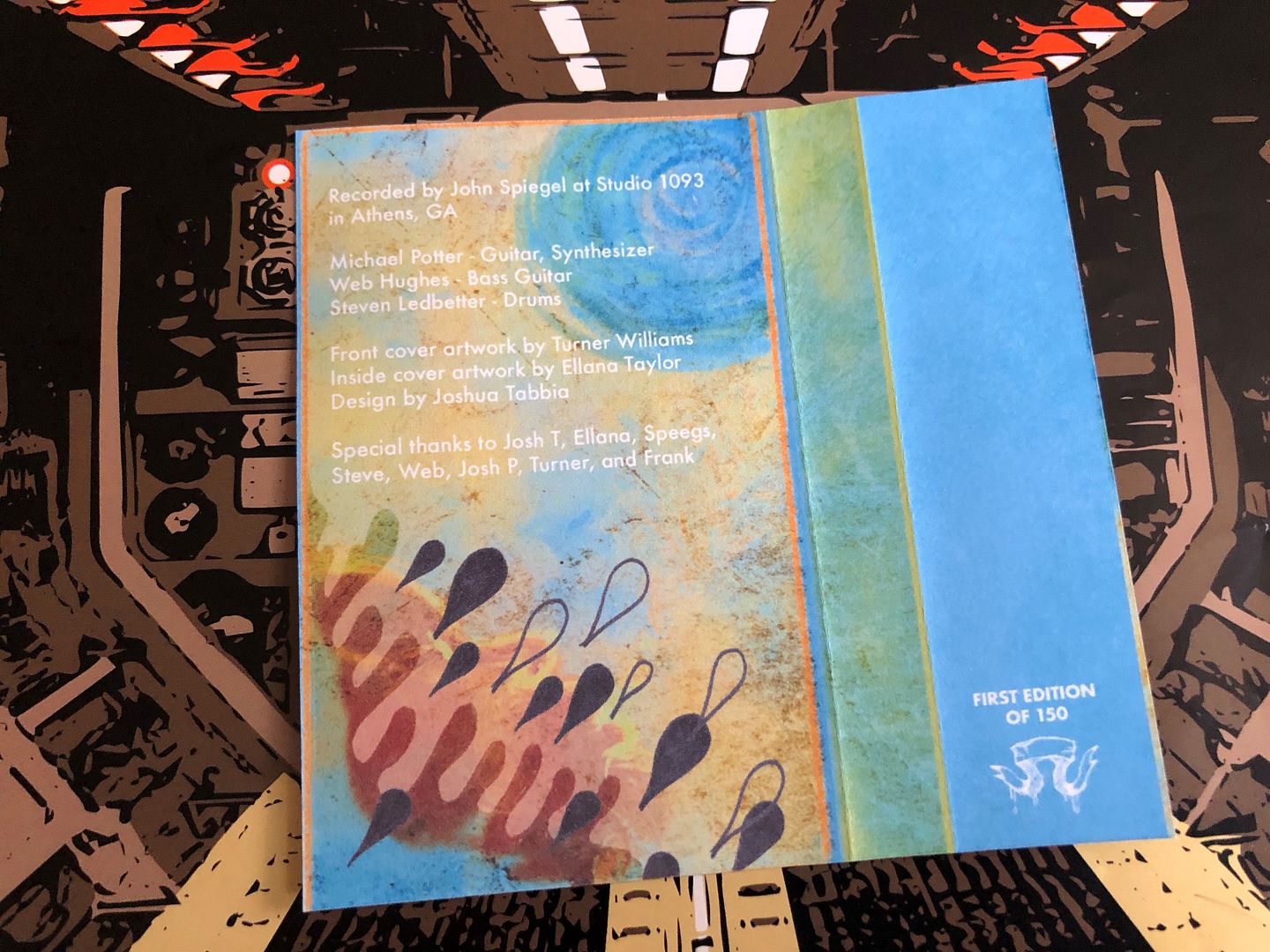 Posted by Joshua Macala at 1:33 PM