A steady crackling to start things off and then notes come in like a keytar symphony.  it feels like lightning strikes down as the beat winces.   This takes us into more of a techno feel with an audio clip spliced into it.   It drifts into this steady rhythm and it feels like we're in some sort of futuristic video game.

The drums now slowly come in with cymbal crashes a higher pitched harmony behind them.   It feels like a march, as the beat gets louder and it grows into this overall sense of fast paced destruction.    Notes come in one at a time and twist.    Eerie rain drops come in now, in an electric way.    It slows down a bit now to where it feels like you could get into some deep meditation and then noises shift back and forth like an old cartoon movie.

The beat trills and feels more serious now, darker in its nature.   Words are being spoken behind this as the synth pours through like a ray of light.   The beat continues now like a ping pong style synth and a different speaking voice comes through behind it this time.   A sort of synth drone exists behind this all and it adds to the words being said, makes them feel prophetic and as if they are not to be taken lightly.

Whooshes now make us feel like we are out in the light breeze as keys come in here and there.   Voices speak again and I'm pretty sure we're either being told to do it or don't do it but this has a MOTU vibe to it now.    A scraping now, a dragging, and then the percussion comes in like a riot.   Distorted beats bring out some of that NIN sound.   There is this ghost in the machine type of thing happening before the end as well.

A constant beat opens up things on the flip side.   The synth comes in with a serious purpose.   It just feels like a pulse with these crashes and ringing coming along with it.   The sound has a way of getting your heart racing.    A steady beat now puts us into a Resident Evil type of place, like we're going around the building searching for monsters to fight.    A slight feeling like glass rattling comes in now as well.   There is thunder within this rattle as well now.

Deep beat bass now and rings with it, somewhat like sonar.   A different ringing comes through now, more like drama, and the laser shots are fired with a skip.    This somehow brings in one of those drum beats straight from the 1980's-- it makes me want to start breakdancing.   Whistles are coming with this now and it just feels so much like a marching song, like when Johnny goes off to war only not.

Grinding now, this has the sense of a video game stuck in a loop as the drums come in like lighter shots as well.   It grows like the glass now only it's more of that hollow sound.  A light tapping brings back sonic synth loops.   In some ways it feels like a spaceship taking off.    Into the next song it has this almost flute like tone going up the scale with the destruction of clanking percussion behind it and then it all just breaks down.  The pace becomes almost like a gallop now.    There is almost this old time cartoon feel to it, like in the black and white era, and it takes us somewhere between a video game and outerspace. 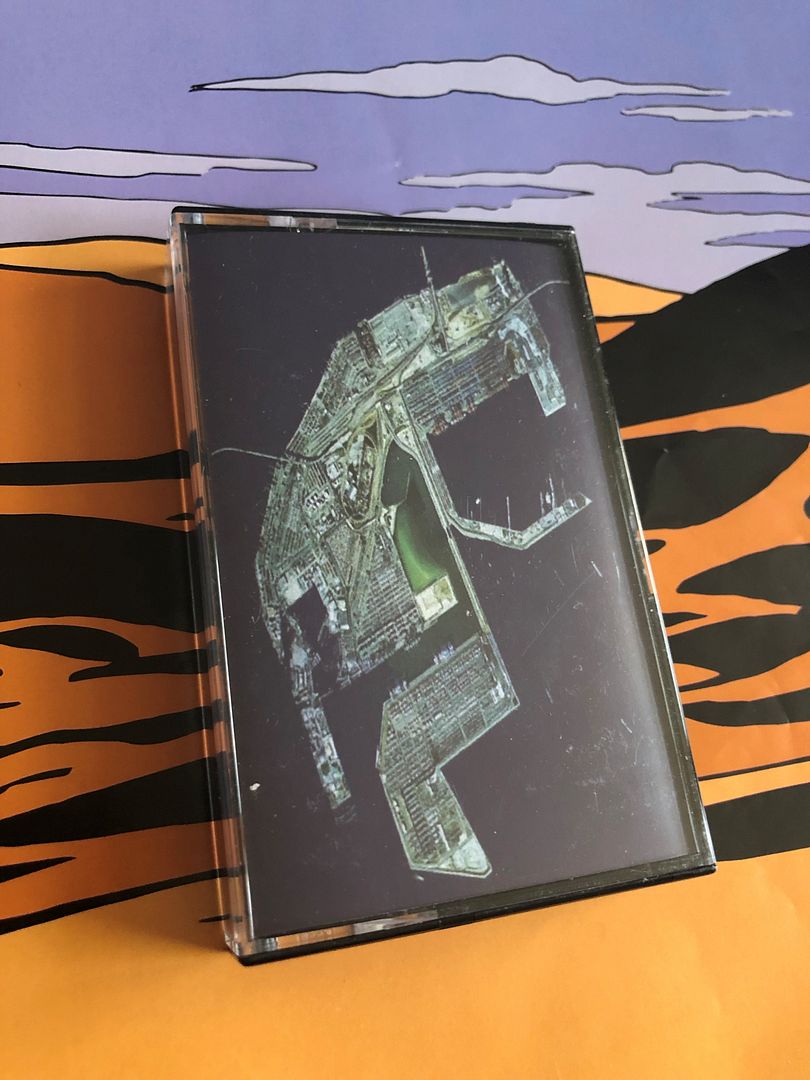 Posted by Joshua Macala at 2:02 PM