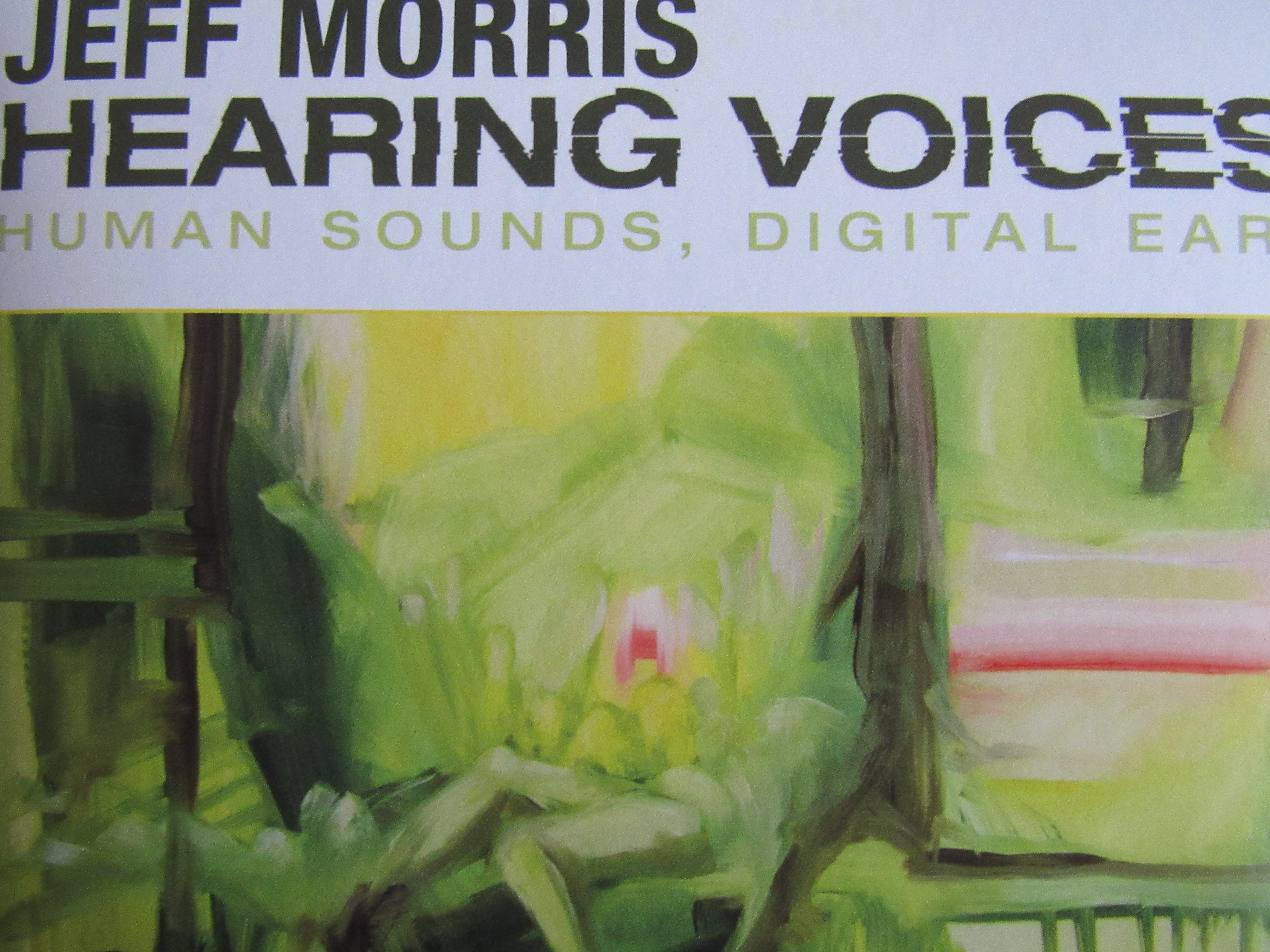 On the first song on this CD the voice of Elisabeth Blair accompanies the music of Jeff Morris almost perfectly.   There is a sense of jazz to this, that coffee shop type of pop sound.   It makes me think about the soundtrack to a Disney movie as well, as the voices become more alive and animated I am reminded of the woodland creatures singing along with a Disney princess.  Though there is also this laughing, which can just as quickly turn to crying.

In contrast on the second track things get a bit more miminal.   The electronics are there but you can barely hear them and the vocals sing but they don't form words.   It seems almost as if it is acapella, but occasionally you do hear those electronics whoosh by and are reminded that they've been there all along.    This song is somewhere between Morse code and Seth Graham's album "Grasp".   "That's what makes it a miracle".   This song forms words eventually, yet it still seems so scattered.

The third track really does begin with just the voice of Rodney Waschka III.   Electronics eventually make their way in, sometimes feeling like they're glitching on through.   The words just feel like they are cut and pasted back in different ways, chopped up and used as seen fit rather than in ways which makes sense.   Sometimes it can even just feel like someone learning to talk, learning to form words.   As there are a lot of x's now, the electronics take on a deeper, darker dive into the abyss.

It feels like we've gone into vocal exercises now with an electric toothbrush.   This then goes into an "And then" followed by a lot of singing notes with electronic scrambles.  It feels like we could go off into the opening sequence of a television show- something from when MTV was cool or perhaps even just "Rocko's Modern Life"-- something along those lines.

This takes us into what is the sixth song now.  There are these shorts whooshes like insects and the words are being spoken through a filter that makes the voice have more bass, like kidnappers use in movies.   Whispers now.   The words become sounds like music and then they continue through different filters as it feels as if we're dropping out of the atmosphere.   They keep referencing the Jabberwocky, which I like because that's "Alice In Wonderland" related.  (It's a poem by the same author, to be precise)

Onto the final song now the electronics come through like static, changing the radio stations until we find something which comes through clearly with music.   The music gets a little louder and reminds me of a Disney movie again- back where we started- right before it drops off to end this album of such unique and incredible sounds. 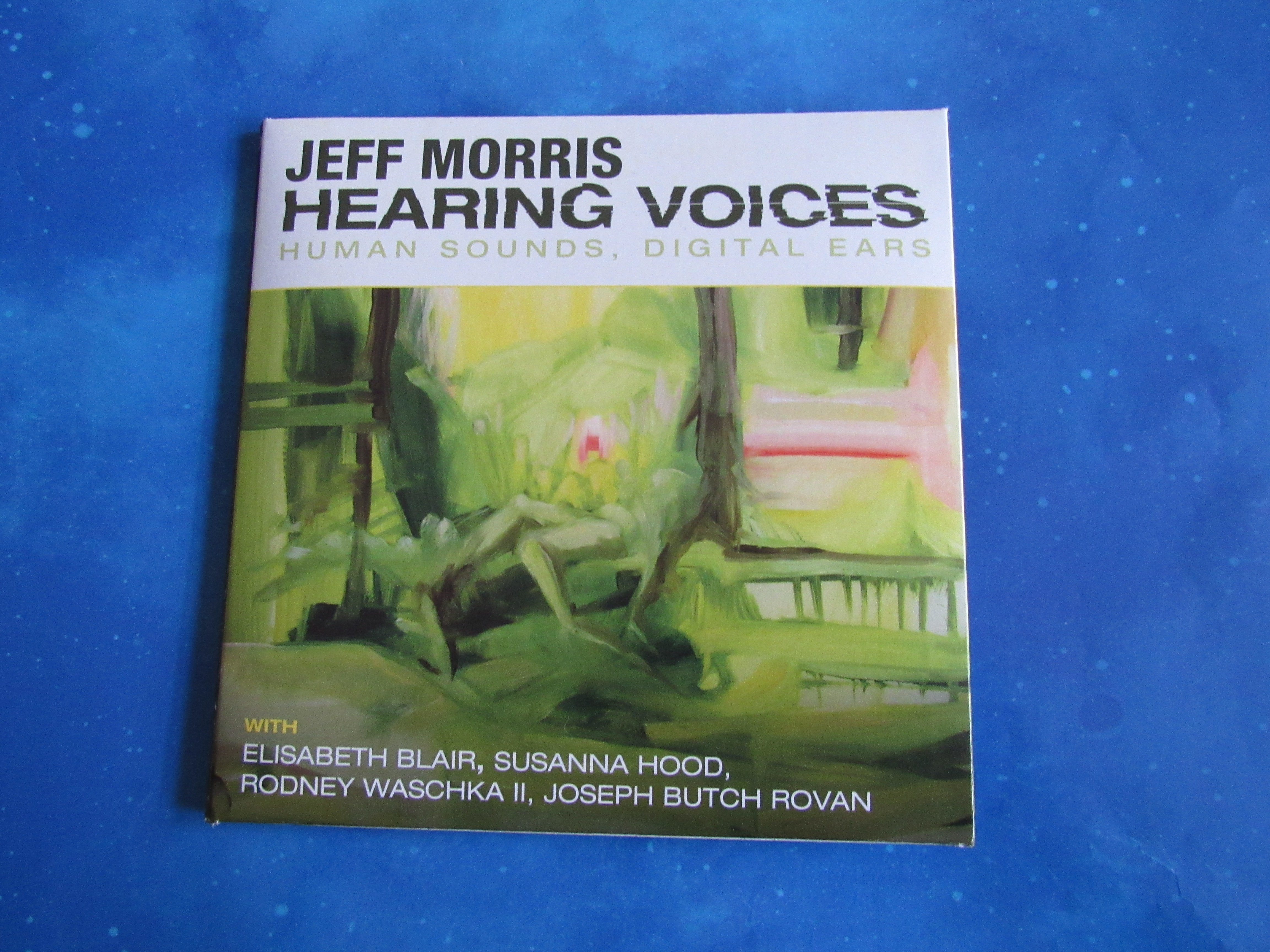 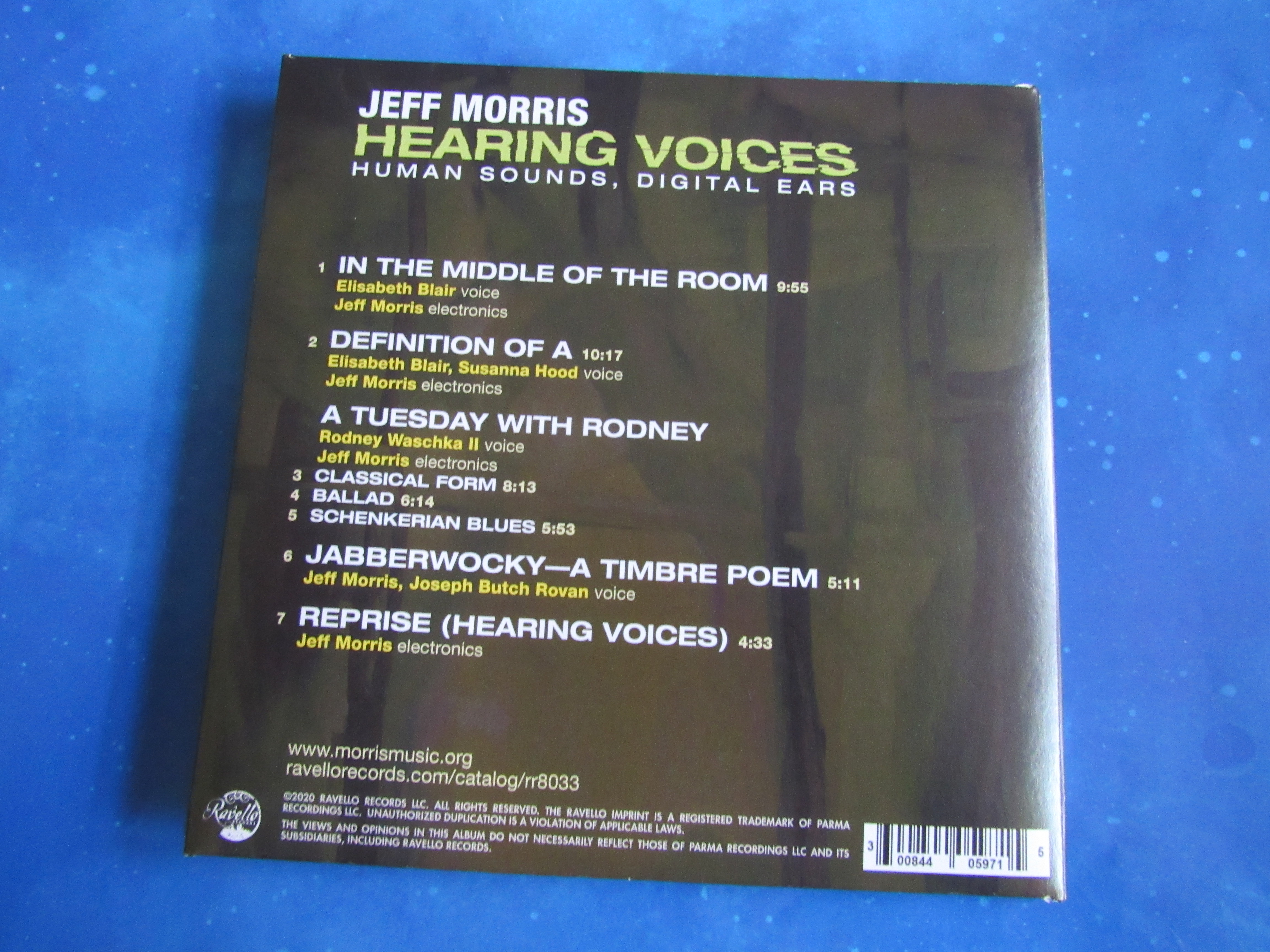 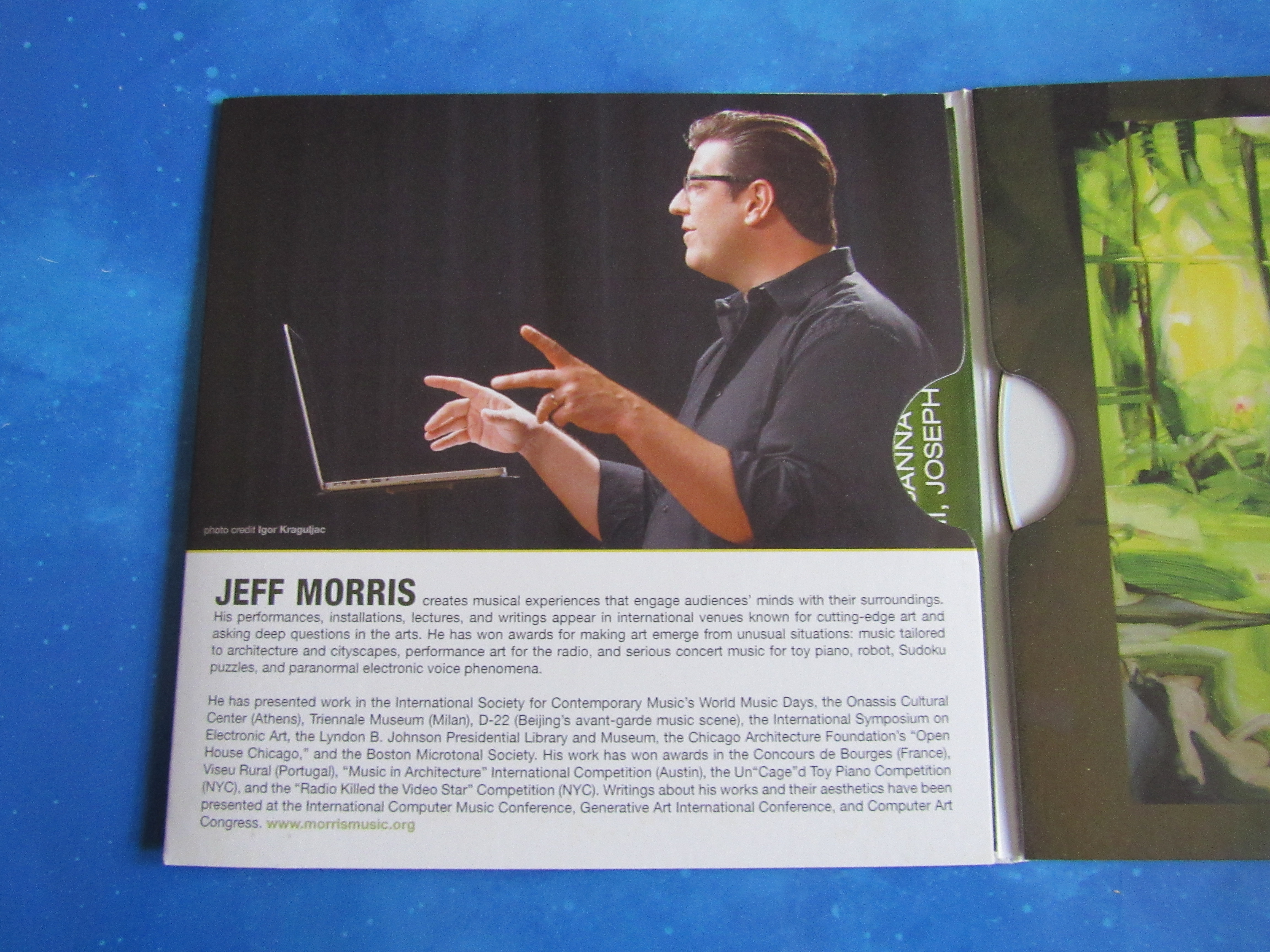 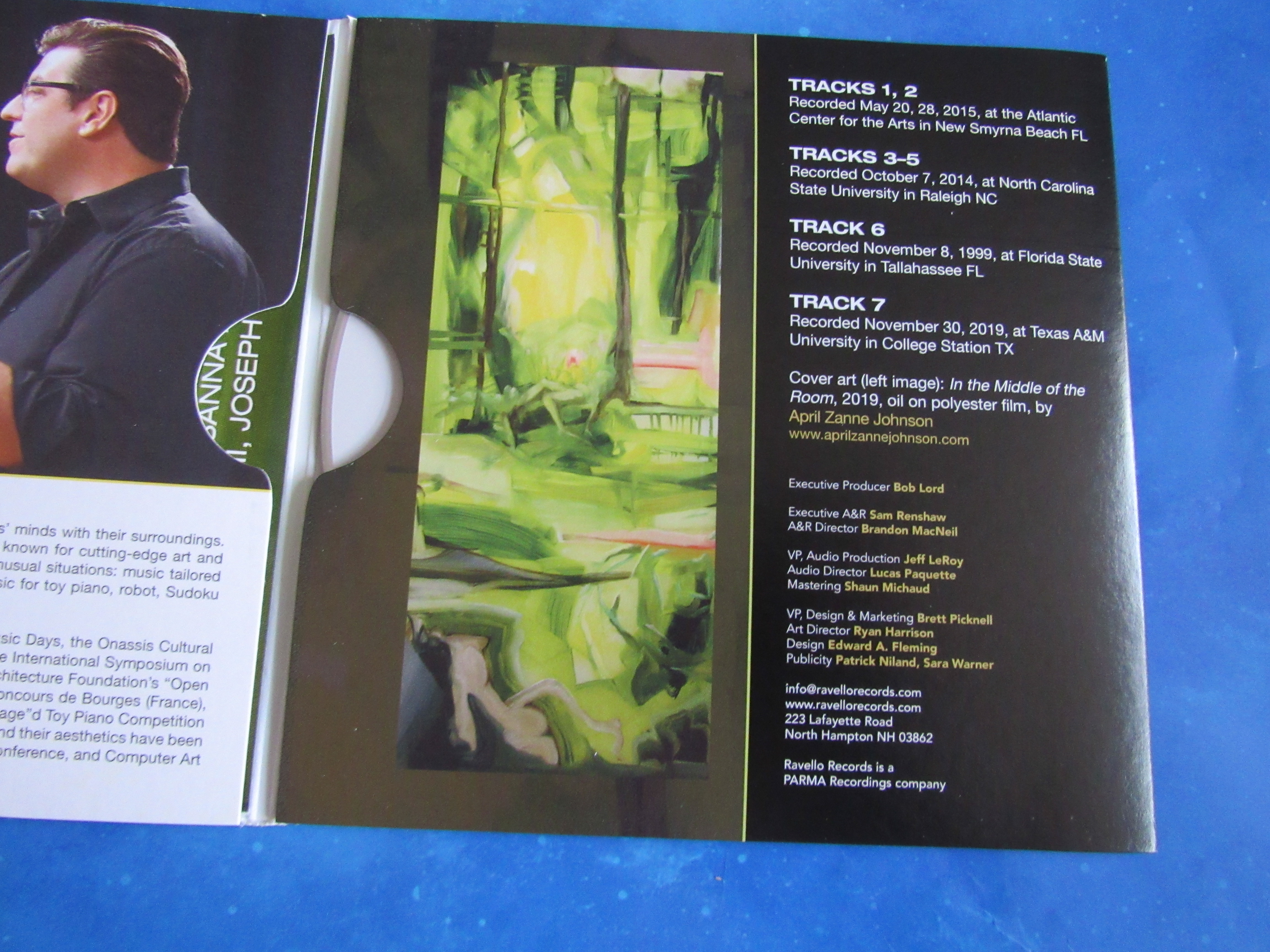 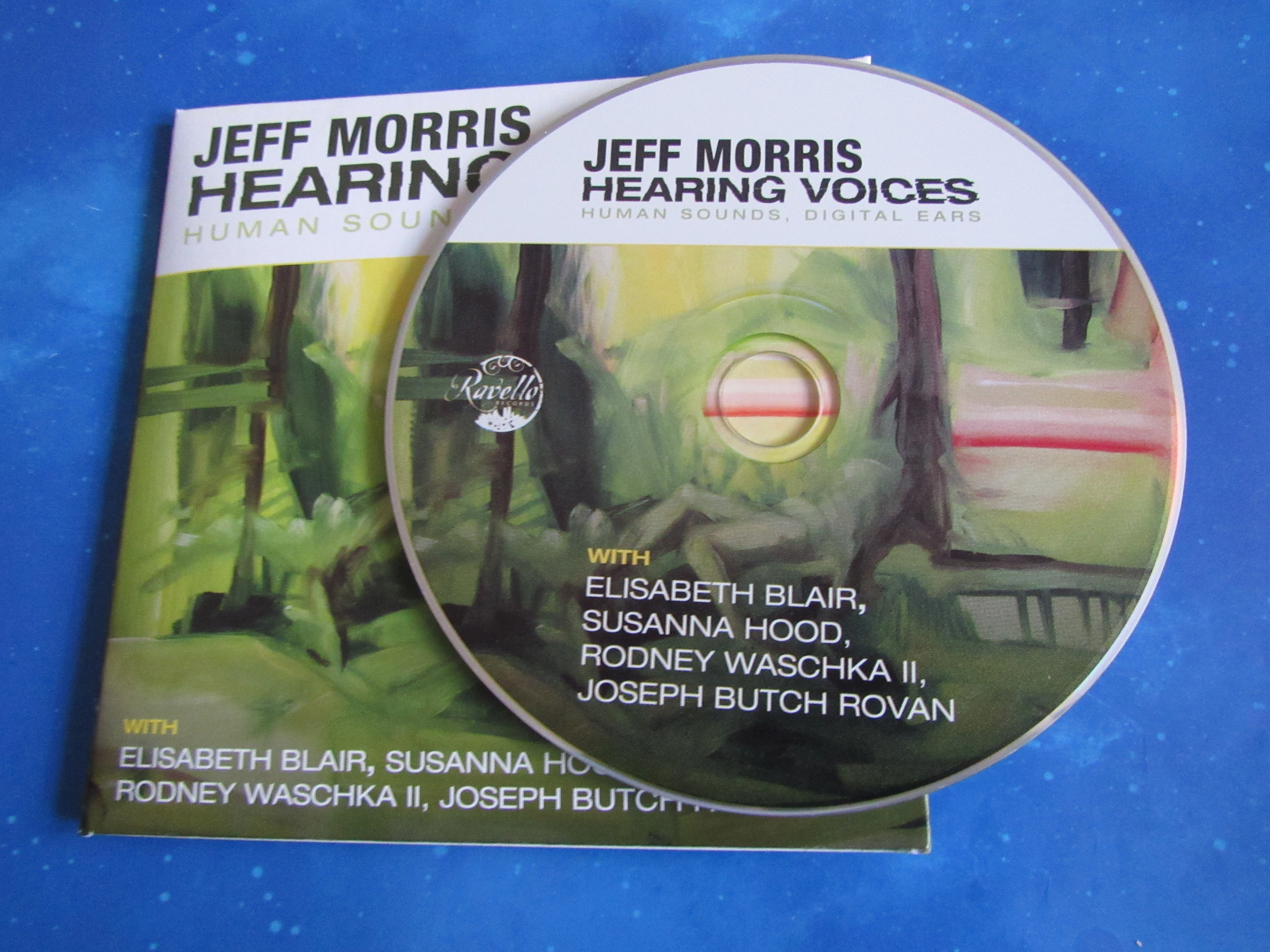 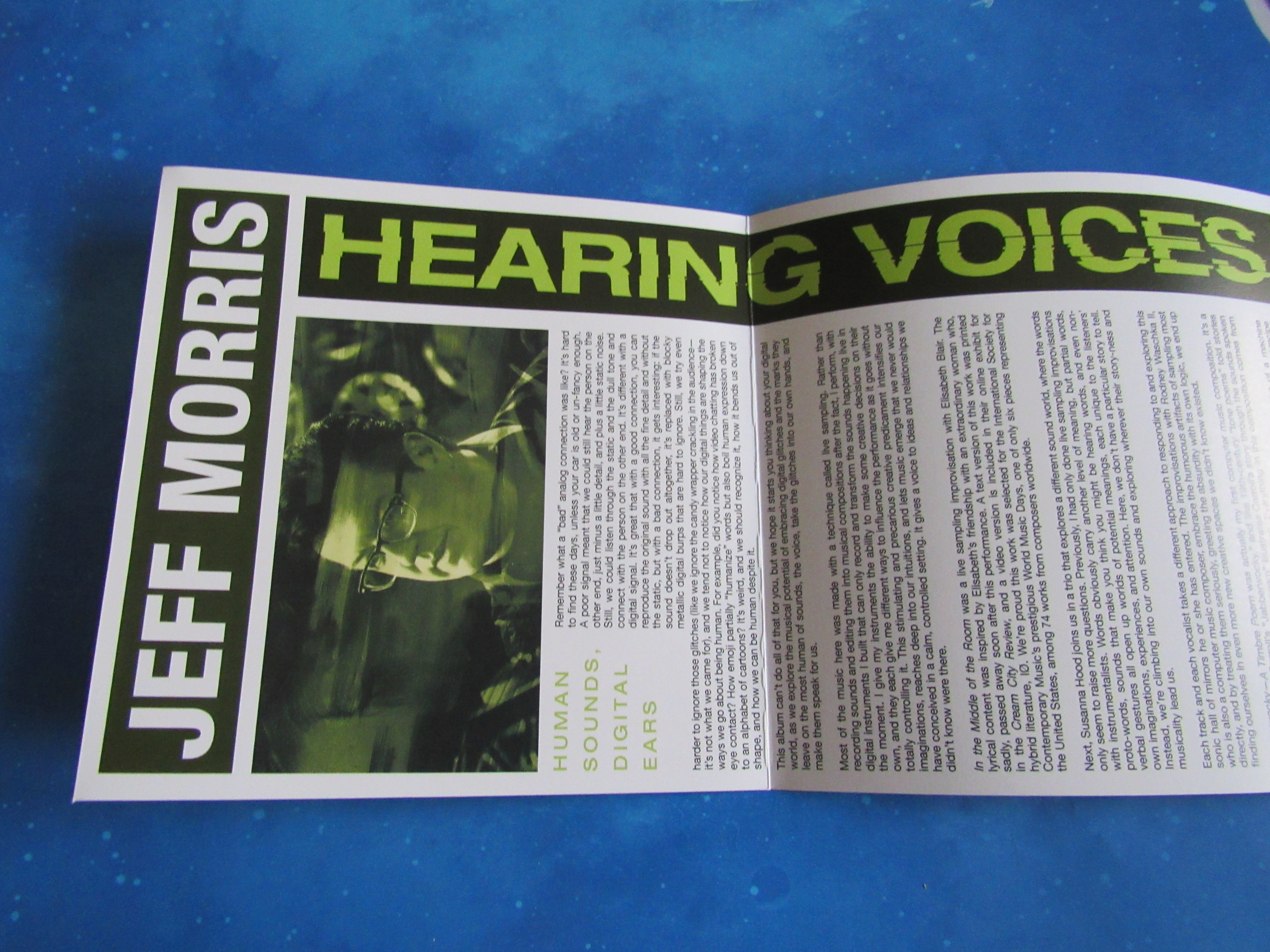 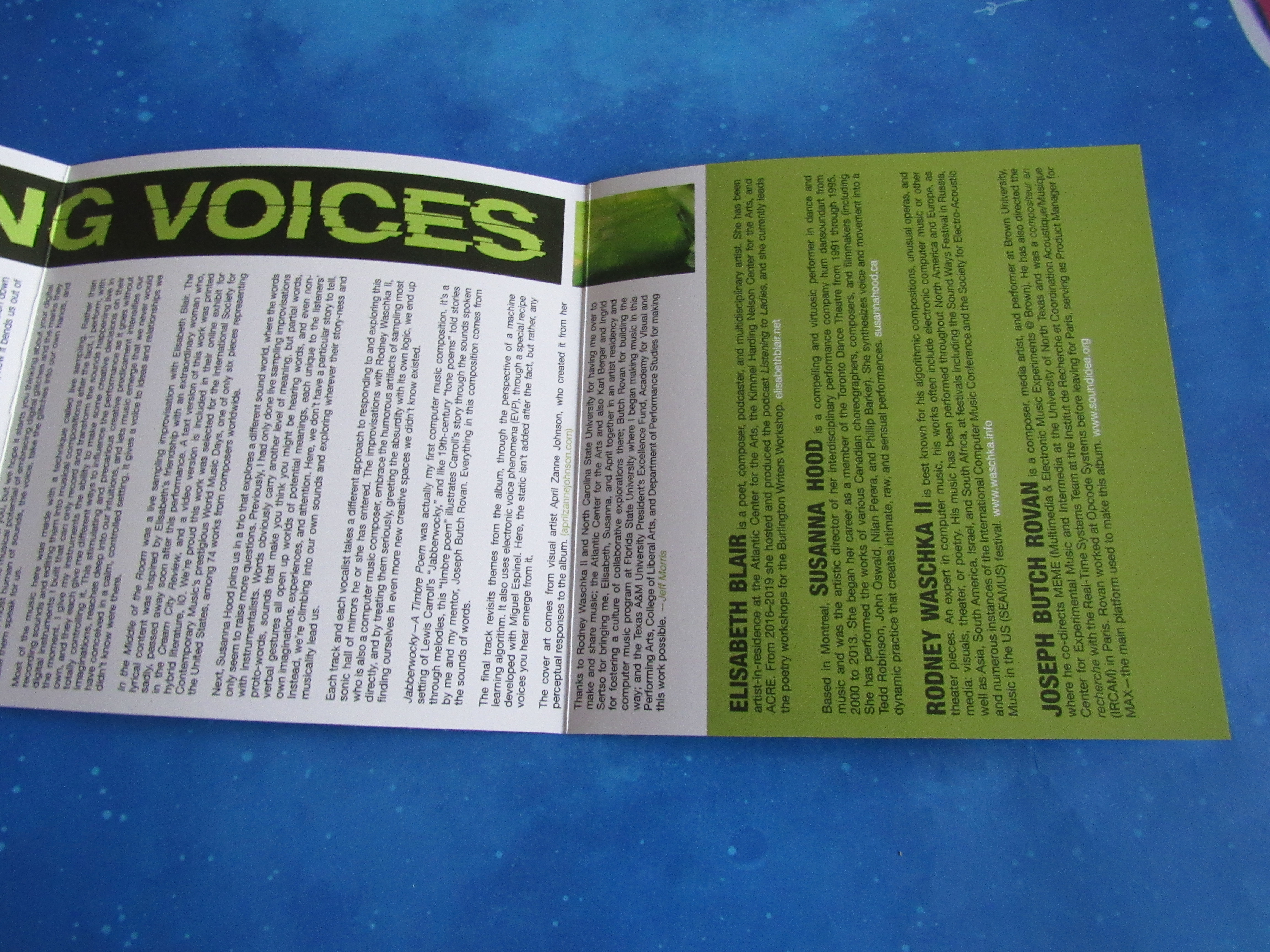 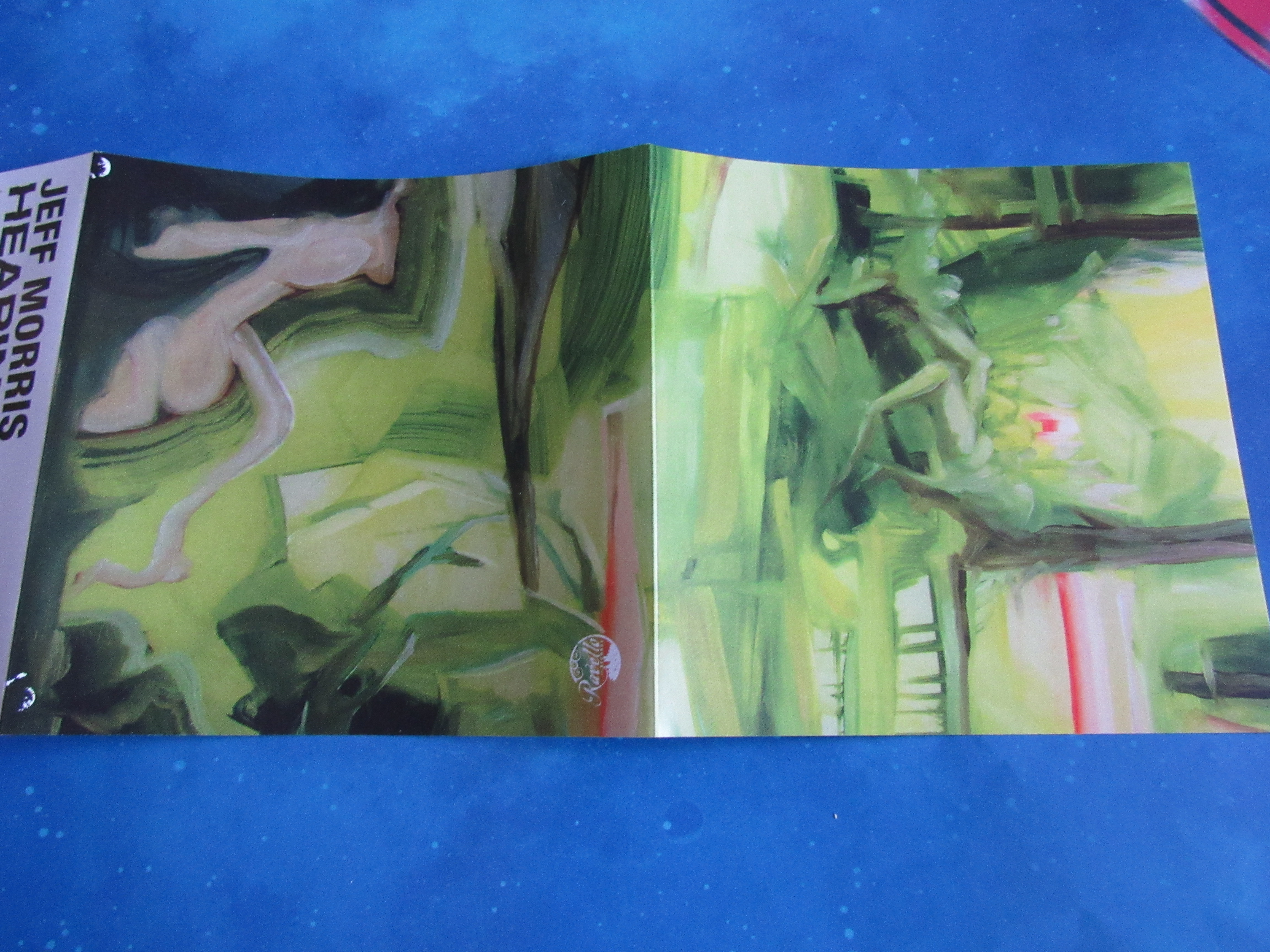 Posted by Joshua Macala at 7:02 AM