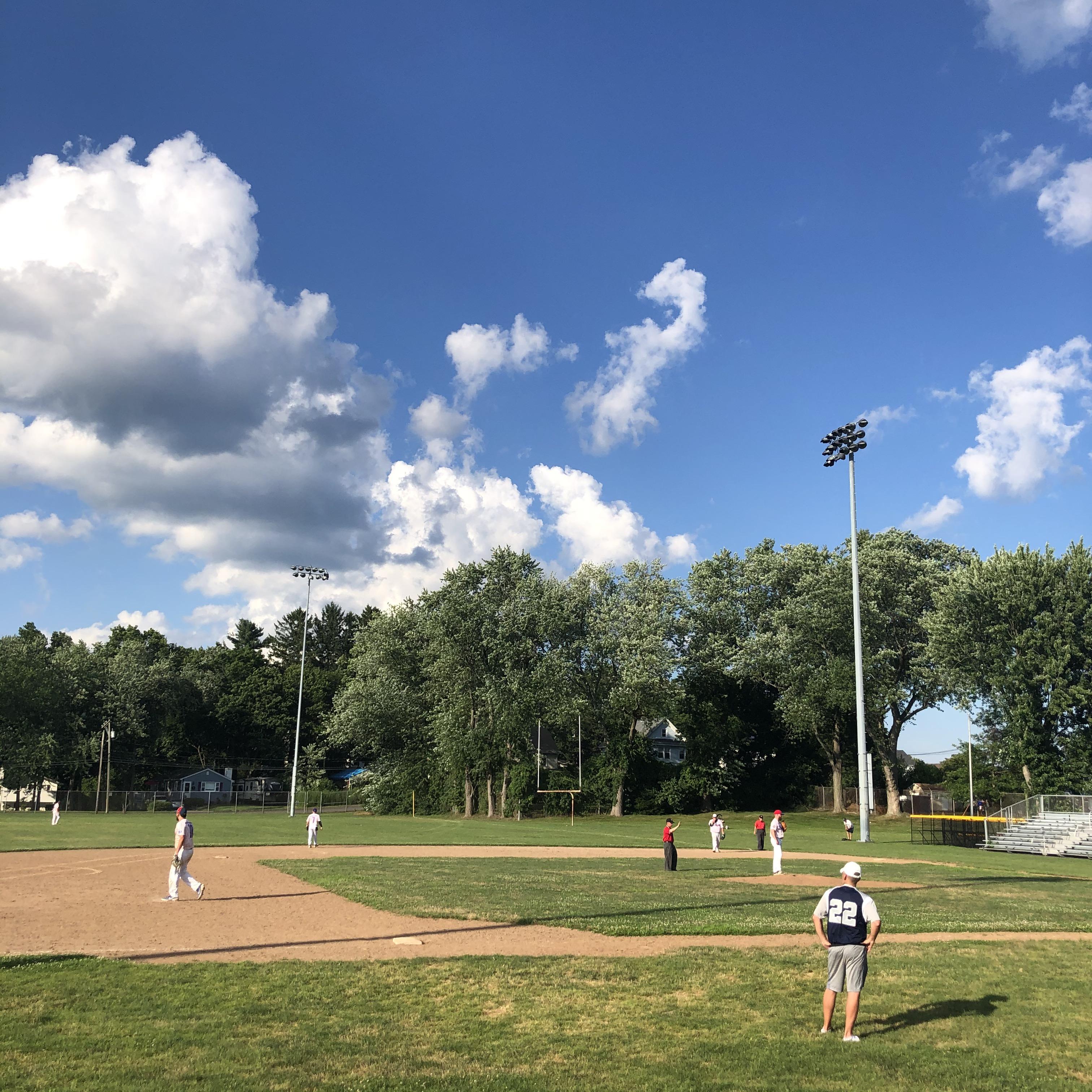 
Following a scrimmage game earlier this month, the Expos and Steel met in what seems like a matchup which happens more often than not.    The Expos are coming off of a 14 inning win over the East Hartford Jets, but the Steel got a win over People's just the night before.   This was an interesting game because sometimes with a score such as 8-3 you think about one or two runs being put up per inning over the course of the entire game.   However, the Expos put up all of their runs in the second inning while the Steel put up their three runs in the seventh inning.

In some ways it felt like the game ended after the second inning, which was strange to me because even though the Expos managed to keep the Steel scoreless through six I thought that maybe the Expos would have put some more runs on the board in those four other innings.   But, when you're up 8-0 I suppose it's not as important to try and add on those extra runs for insurance as it is to just keep the other team from scoring at all.   Had the Steel scored runs within the first few innings, then maybe the Expos would have had more cause for alarm to try and put up more runs themselves.

At one point, the Steel had bases loaded and there was a play at homeplate which the umpire called out and the Steel all argued.  I didn't get a good look at it.  I could see that the runner put his foot down and the Expos catcher put his glove up, so it's possible the runner did get his foot in there and touch the plate before he got tagged, but I wasn't close enough to see it to say either way.  That was something which, with bases loaded, could have been huge for the Steel as it could have started a rally and with even two or three runs scoring at that time, it could have made a completely different game.

Umpire calls aside, the Ulbrich Steel always feel like a solid team but it's just little things which make them lose.  Defensively, they had some great catches but also had some instances where they should have been able to get to the ball quicker.  It's one of those things where sometimes you just see this bullet throw from center field and think "No way should the runner try for third" but then other times they throw and it goes passed the intended mark.   Their hitting seems solid, as well, as both teams put up some big hits this game.

My uncle left after three innings because he went to Middletown to see softball, but my dad stayed through the whole game with us and it felt like the Steel wouldn't come back from being down eight, but they had chances to do it and had that play at the plate with bases loaded gone differently this would have been a different score which might have even favored the Steel.   I just wonder why we saw the umpires wear blue shirts one game and now they've been wearing red.  Are they umpires in training or something, they have to work up to their blue shirts?

The big news coming out of this day but not this game is that the Vernon Orioles took their first loss of the season on this night as well- at the hands of the South Windsor Phillies- so the Expos (3-0) and Phillies (2-0) are the only undefeated teams in the GHTBL right now.    Last season the Expos went on a huge winning streak but they weren't undefeated at the time because they took an early season loss on the road to People's, who they face next, on Thursday, in Wethersfield.

Posted by Joshua Macala at 7:03 AM