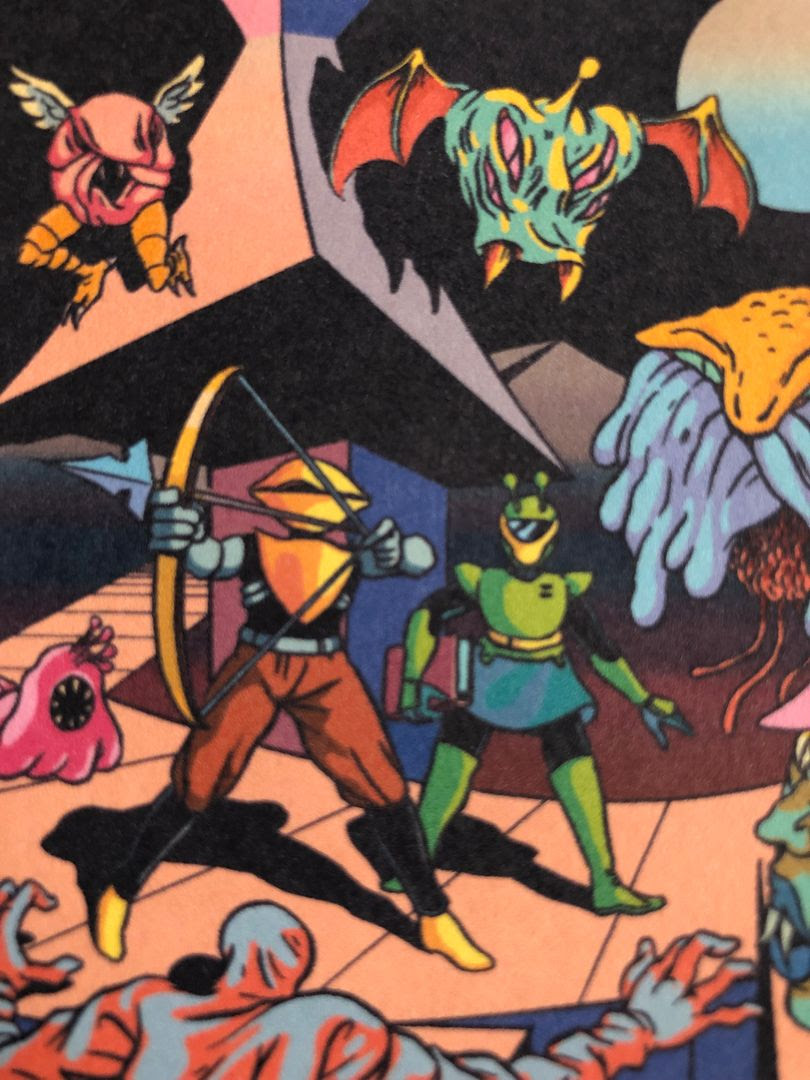 Wild jazz, just wild jazz from the start.   Blaring horns and that crazy percussion driving it all.    Bass guitar notes come through as well and this reminds me of a sped up version of Odd Jazz.   What's interesting to me about this cassette is that Hess and Suen are Complainer so it has that kind of "What if Complainer made a jazz album?" or "Complainer + 1 = jazz" type of feel to it.    It's always interesting to see artists who play together create different sounds but not change their name because keeping Complainer what it is in terms of sound seems to be for the best.

But wow is this a great flow of future jazz.   Imagine all of the jazz you've heard before was at about an 8 at the most intense and fast paced parts of it, well, this cassettes cranks it up to 11.  It's not just about the speed, it's about the force behind it.   It's the idea of thinking of music- even jazz- as being this dam and little by little, each hole punctured into the dam lets the jazz out.   With this cassette though, it's just like opening the floodgates.   It has all calmed down now for some background talking (I think) before it blares right back in.

Sometimes I think of Streetlight Manifesto.   Sweep the Leg Jonny.  But really this forms some sound I don't think the world has heard yet and I just hope, as it comes out at times like a swarm of angry bees, that the world is ready for it.    There is a flow like flying but with a path of destruction along the way.    The way you can open up some sort of flamethrower in a movie and just obliterate everything in front of you is how I imagine this music being only instead of the fire this is what comes out.

We break down into a slower, quieter song now.   Though it feels more somber in the delivery there is still an intensity to it.     While the horns can come through slower, one note at a time, the drums are still in their general feeling of chaos.

On the flip side we come back with quite the storm.    The way these three instruments- sax bass and drums- can all play together so well, so fast and so chaotic is just a testament to how amazing this music sounds.    Typically, musicians can play fast or they can play well but it's not always both.   Through some great drum rolls there is also this big band / swing sound coming through, but of course it's still amplified.

The words "controlled chaos" have perhaps never been more fitting and there are word breaks in between the songs which take me back to Side A.     The crash of the bass brings out some drums and it feels like we're tuning for a rock song here before the sax slowly comes into the picture.     As it slows it takes on a mystical sense where it feels almost like a flute and it could be something from LOTR more than what I've heard before even though I know it quite isn't.    The way everything just kind of splashes to a finish only seems fitting for this cassette which once felt so much more energy but everything must tire. 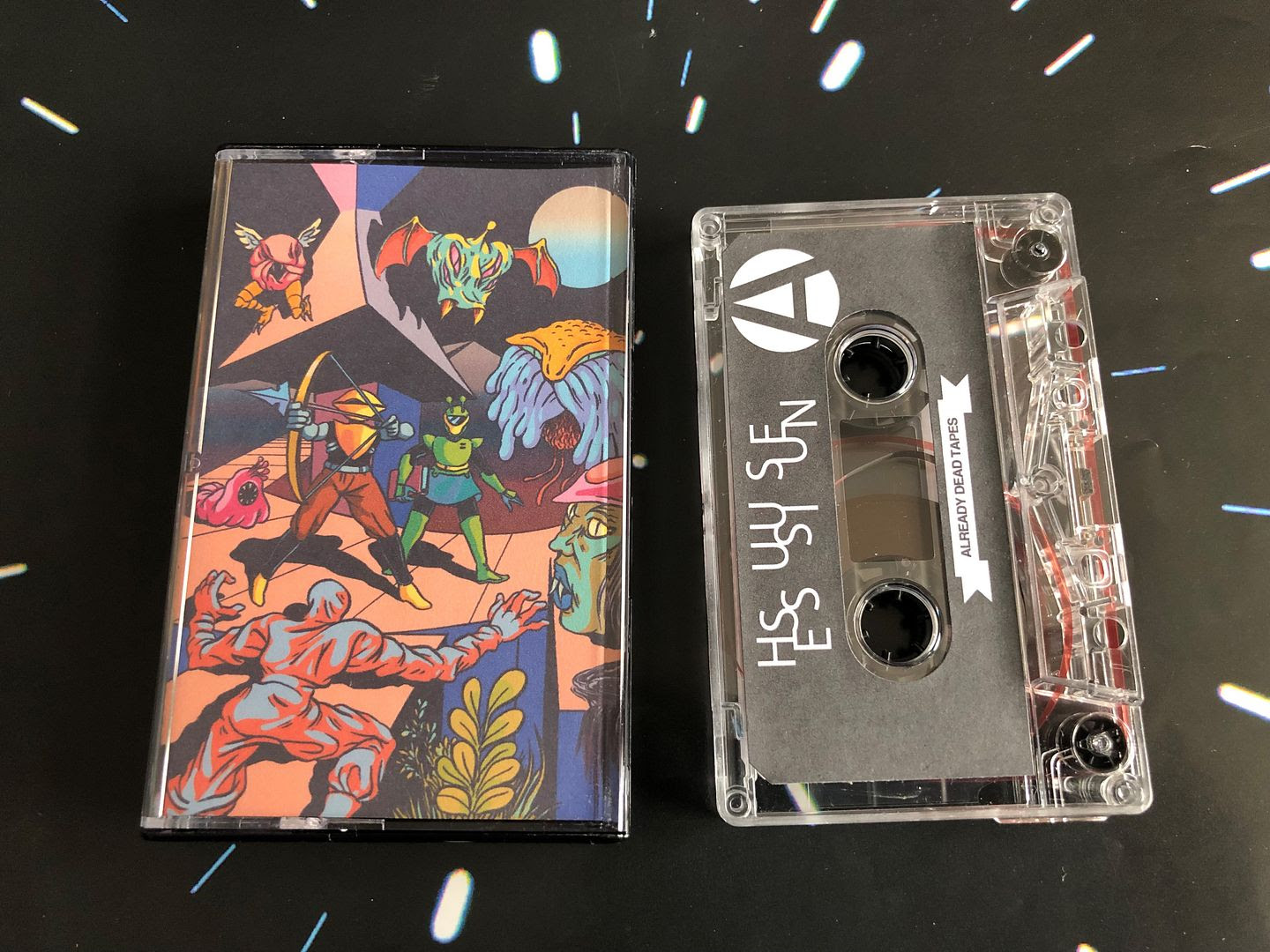 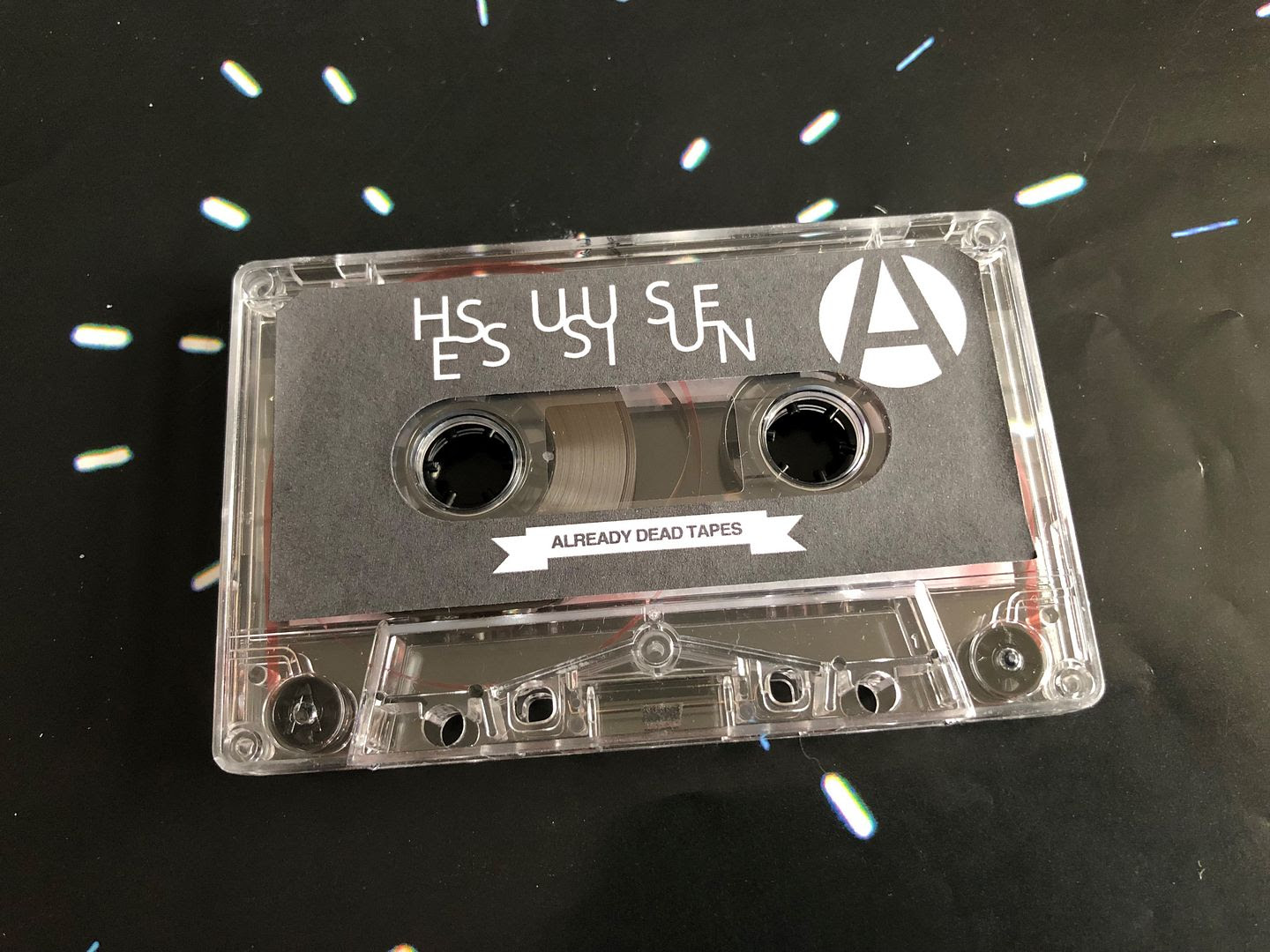 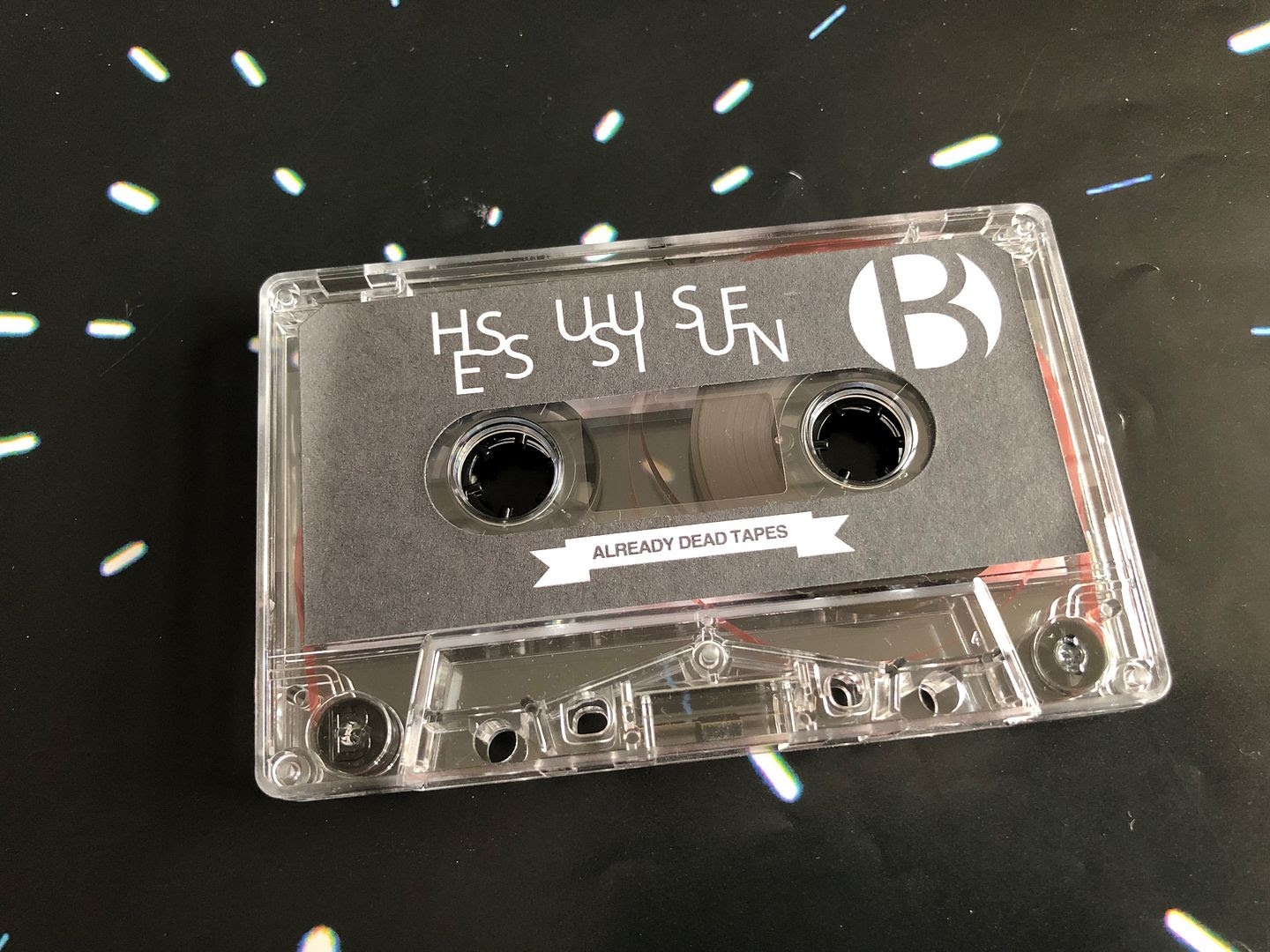 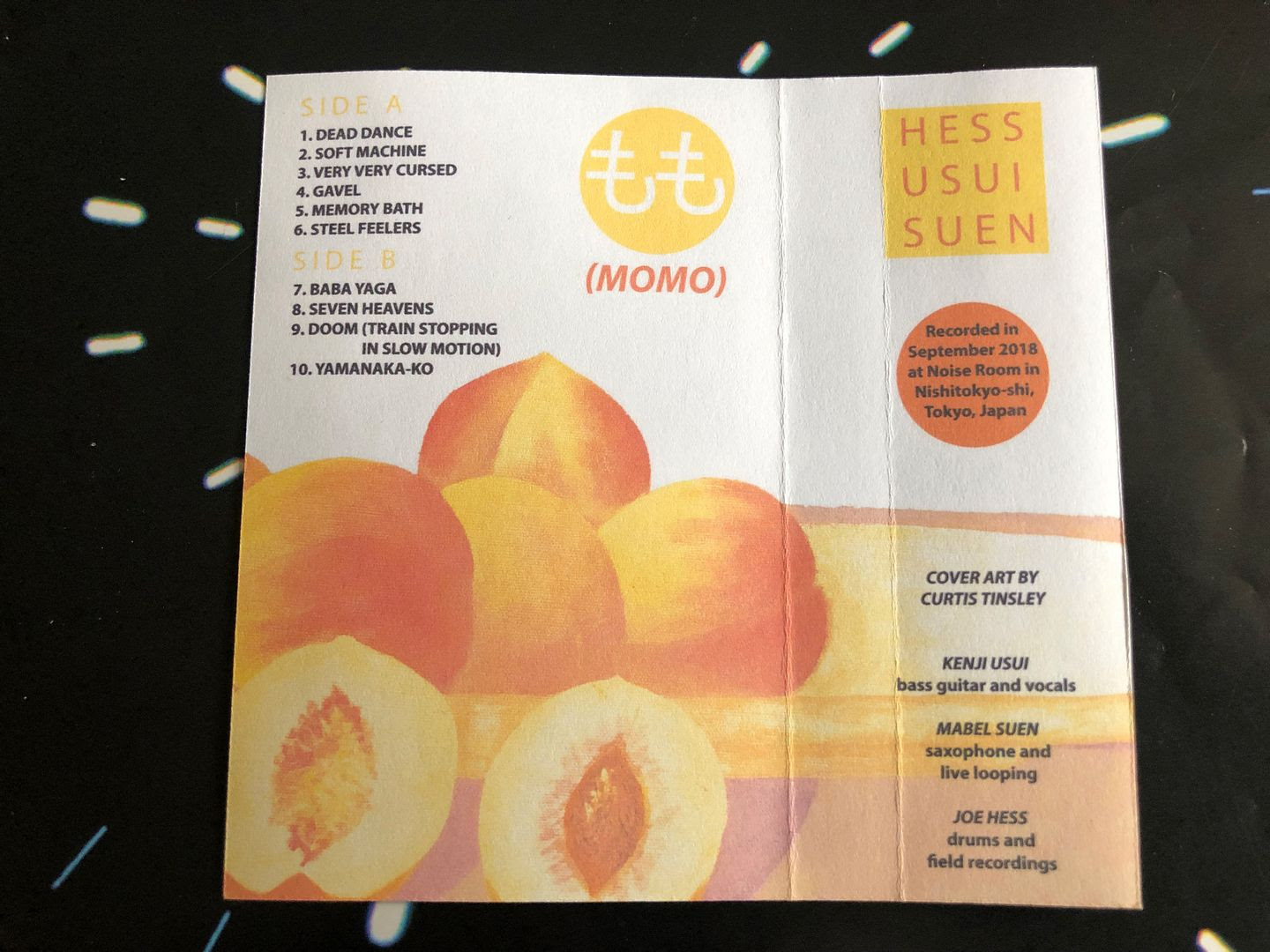 Posted by Joshua Macala at 1:11 PM