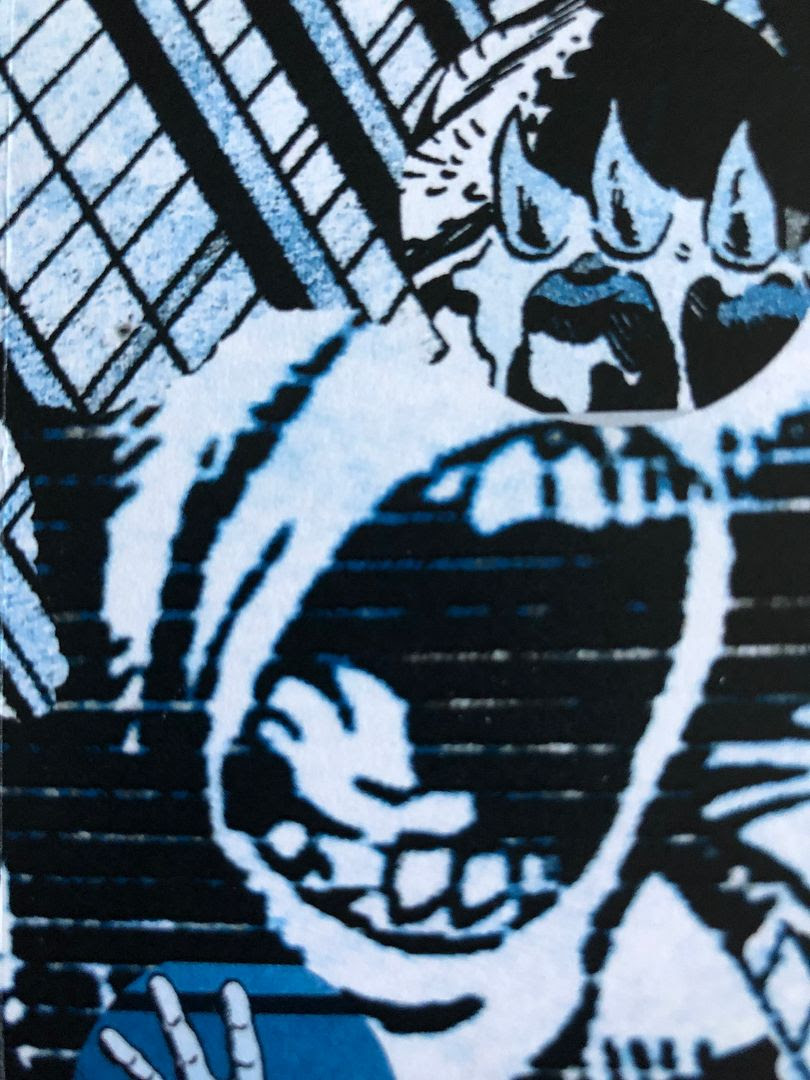 This cassette starts off with a strong video game vibe.   It's like something from the SNES days but then it gets faster and has beats so it feels like so much more than just the music you might have heard in Street Fighter.   It almost has that feeling of skramz and some distorted words are spoken in here as well.   I really just think of it though as being this amped up video game soundtrack and I love it.

Bigger beats come through now almost like Miami Vice and then there are words all scrambled and chopped up, giving off somewhat of a hip hop impression.  This all slows down into a quieter, more magical trance now.  It gets a little sharp in the distortion now, like an accordion in a rainstorm.    There are still some video game sounds in here- like collecting coins- and there is just sharp blaring of a horn.   Those slip beats come back and create a bit of electronic chaos here.

Some jazz horns come through followed by distorted screams and that could be one of the best single ways to think of this cassette.    Words can be heard spoken and we get a dramatic feel of strings, like a soap opera now.   As it can feel like it's calming down it seemigly twists and whirls right back up and then goes into this sound of video game walking, which is quite enjoyable.   My seven year old son watches a lot of videos on YouTube about video games and I think he'd really enjoy this cassette.    The horns enter once again, behind the walking.

It can become very scrambled, but then also sound like radio stations being changed before we get back into this just great video game feeling that takes me back to when I was playing those games where you'd just go around and have to punch or kick an enemy a number of times before they disappeared.   It's wavy now, like an electronic ocean, and there are some other sharp sounds ringing through as well.

On the flip side someone says something quickly and we are right into these distorted skramz beats with all sort of other electronic chaos.   Some notes come through with melodies.     It feels like a lot of church voices singing now but getting all messed up in the delivery.   A little deeper now the bass goes.   Quiet beeps come through like a homing beacon and then that switches over to become the sound now.   There is an uplifting feel to the sound now, as if we are rising above it all.

An audio clip discusses how computers will be normal in the future and then we go back into this electronic melody with glitches coming through to disrupt the flow.    There are some screams in this now and it builds like Atari Teenage Riot.   Guitar notes seem to be cutting through now and electronics have just gone off the rails.      This all turns into an ambient hue, it's just glowing through now with such wonder.

It feels as if a storm is brewing and we're right back into the heart of the electronic madness.   There is still a dark, ominous presence in here though.   Another audio clip of people talking and it feels much more eerie this time around.    The beats merge with the words and it becomes quite the trip.   It all breaks down into a sea of distortion now with some melodies coming through as well but it has a rather end of the world feeling to it for sure.

Horns are winding down with words and it feels like it's all being played in the rain.  Video game electronics loop on through now as well.   With more audio clips ("Technology is a tool") slower beats and horns we break down into this smooth jazz vibe now.    The horns come through slower even and it feels like we're drifting out into space for this one to end, which only makes sense given the electronics and horns we've heard up until now with those wild video game crossovers. 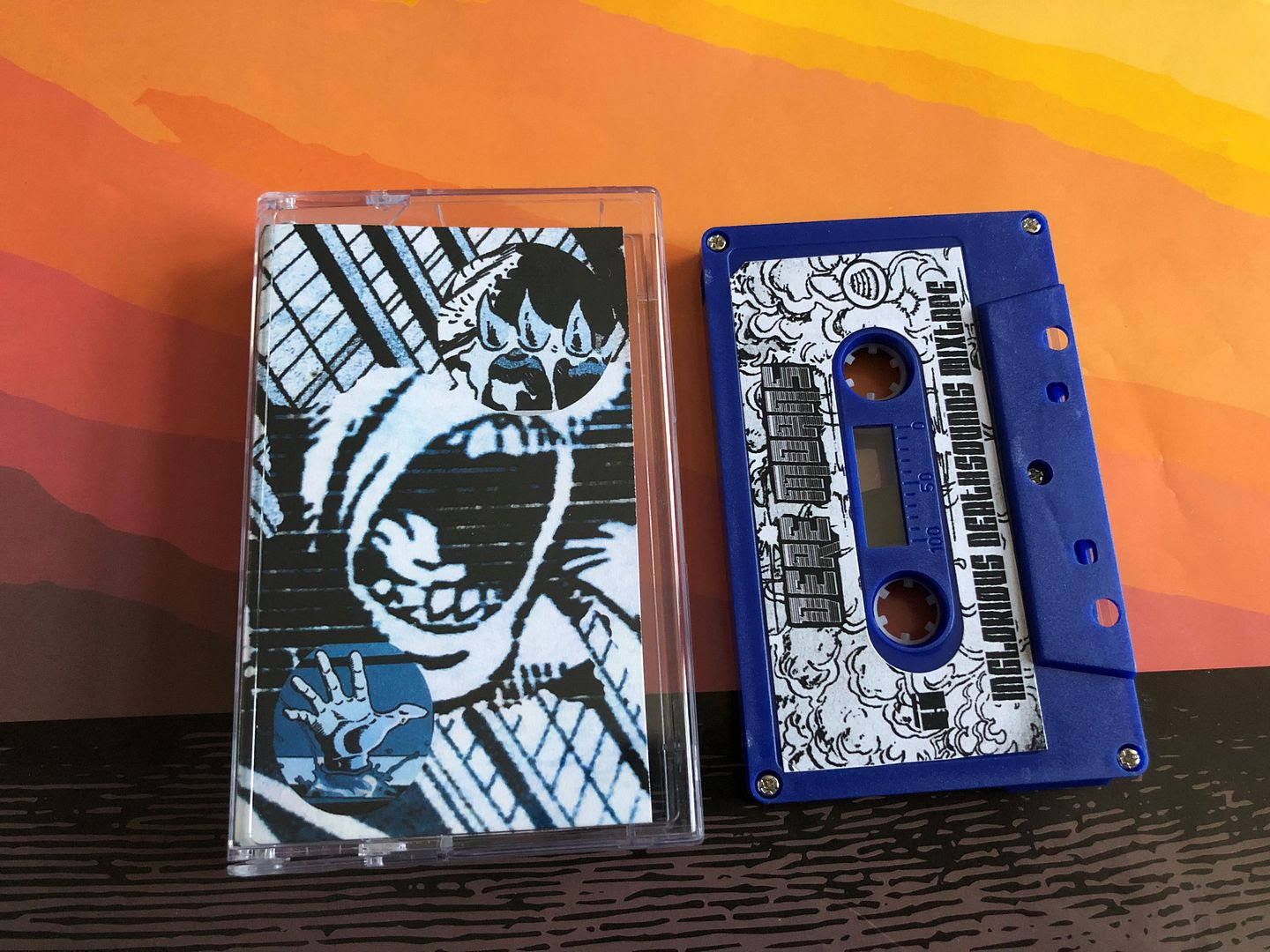 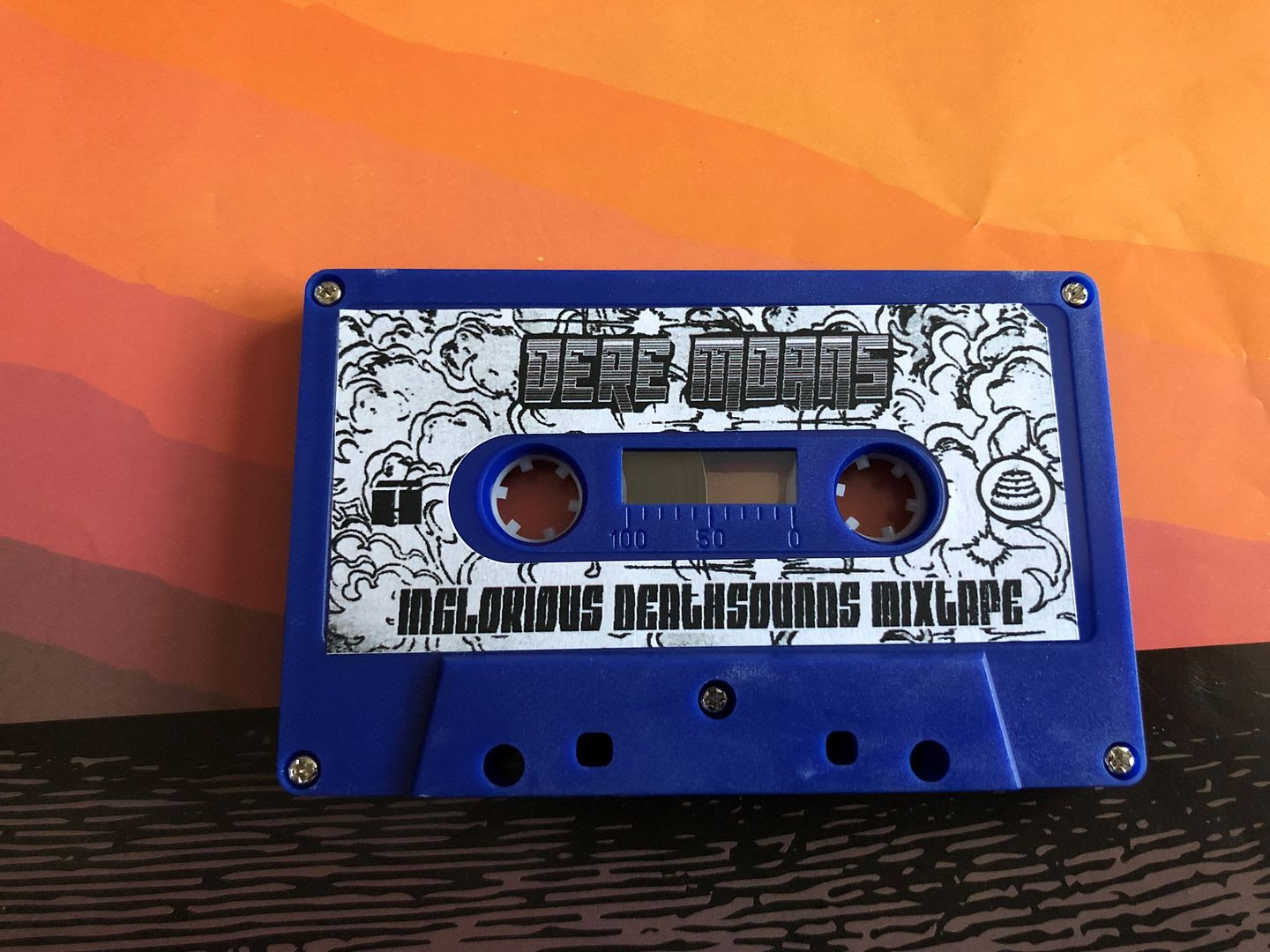 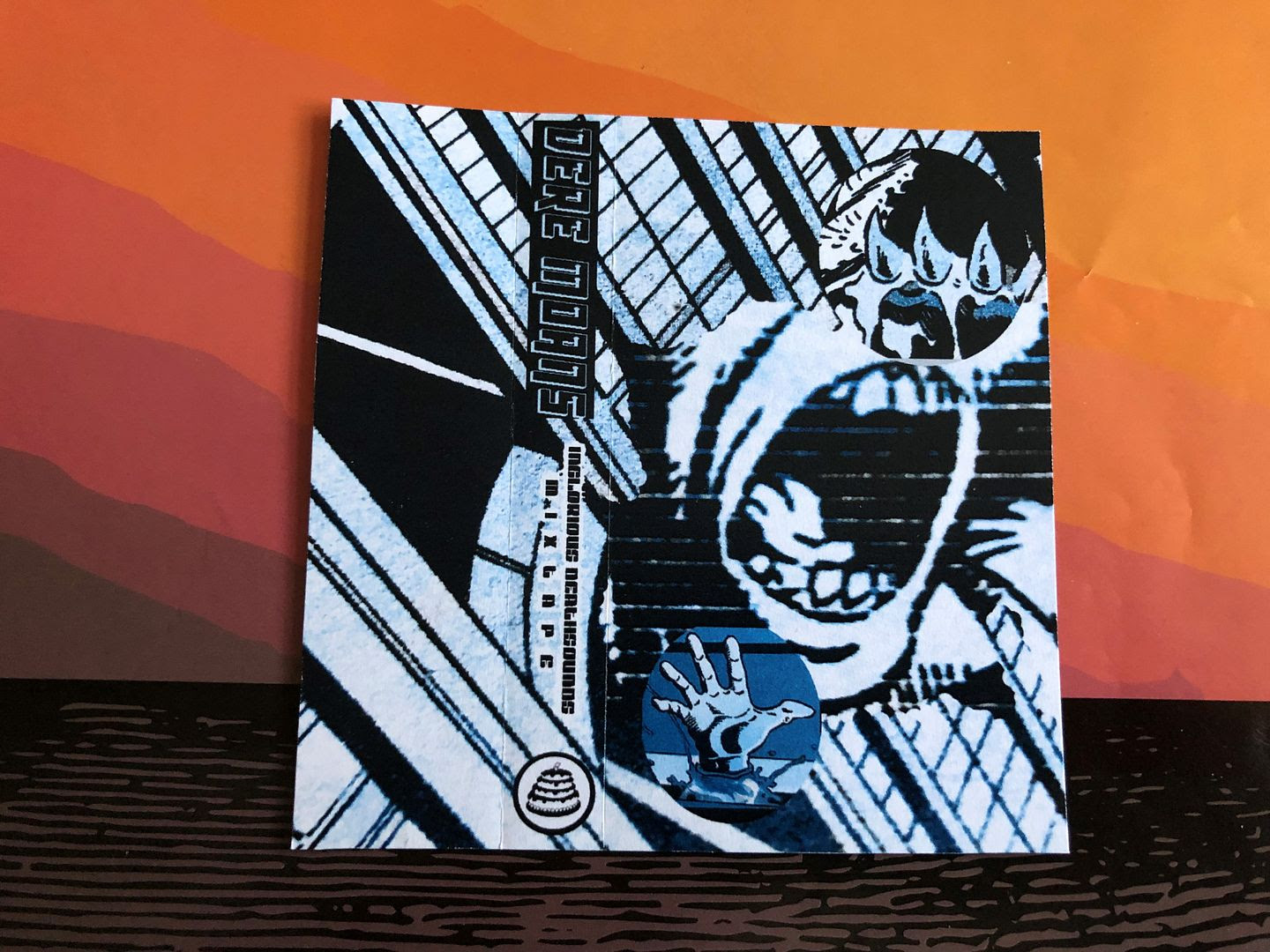 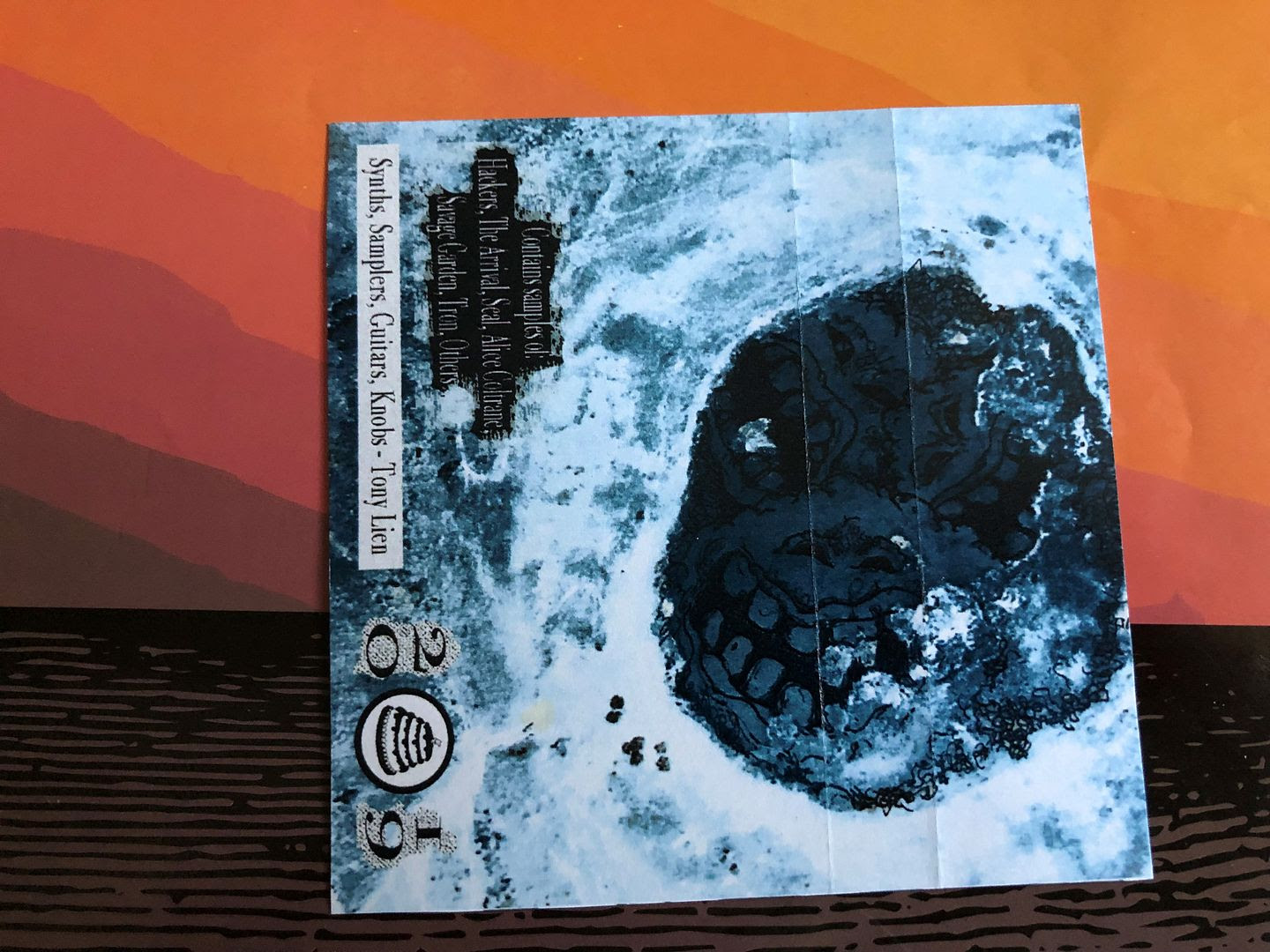 Posted by Joshua Macala at 1:10 PM