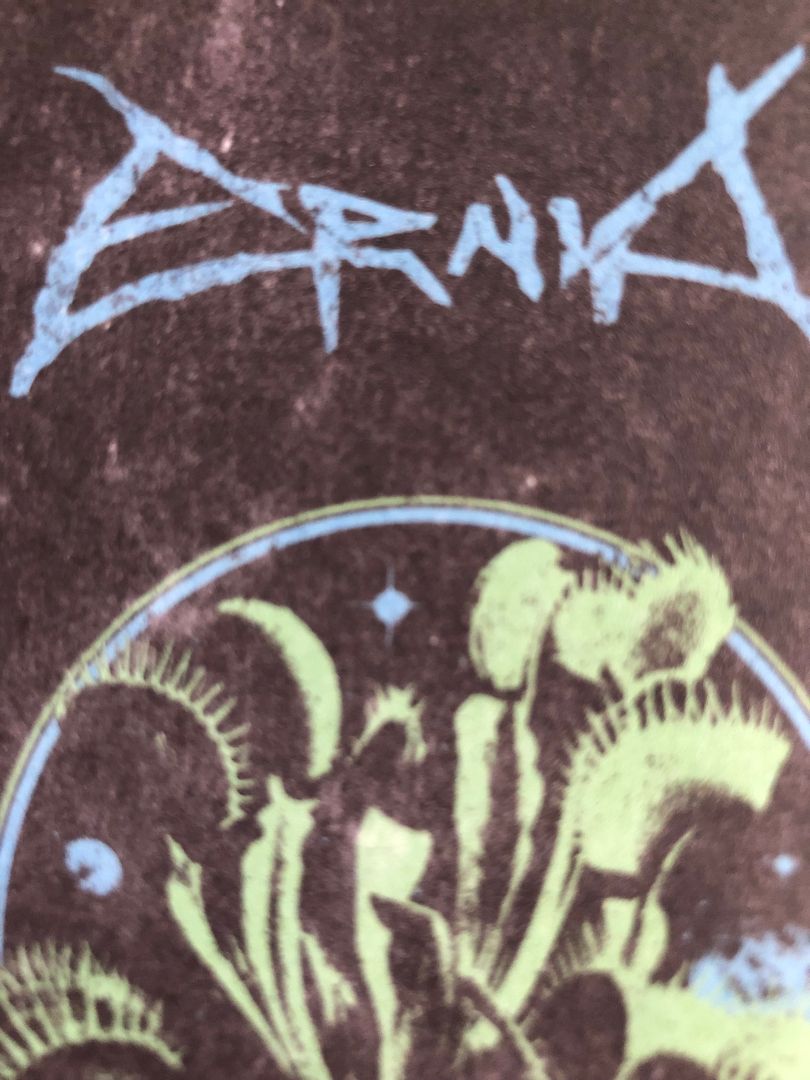 When I first got into hardcore music (and the metal which came with it) I feel it was a peak time with Revelation Records, Victory Records (shout out to Shut Down) and Equal Vision Records.   I always loved bands like Snapcase and Drowningman, which you can hear a bit of in this cassette.

Then, as the 2000's grew we got labels going strong like Ferretstyle and bands like Skycamefalling and From Autumn To Ashes added more melody and singing to the metal.  I didn't mind it at first, but eventually it did get tiresome when every band seemed to come out with that heavy verse and then they sing the melodies in the chorus.  So I stopped listening to new metal/hardcore, like perhaps a lot of other people did as well at some point when bands became "hardcore" that really aren't.

This self-titled cassette by Ernia isn't about gimmicks.   It's not about these keyboard breakdowns or they have twelve singers or something like that.  No.  This is straight up, in your face, balls to the wall metal.   This is the type of band that if I was standing outside of a club in between bands and heard them come on, I'd run inside to see them right away.   I wouldn't want to miss a second of this destruction.   To me, the music is like crossing an empty highway and somehow getting hit by a Mack truck at full speed but in the best possible way.

Posted by Joshua Macala at 1:26 PM