Quietly, the sharpness comes in like a metal detector.   There are some clanks and bangs in the background and this has the sense of being set in a boiler room or perhaps somewhere isolated where a horror movie might take place.   I think of a saw now, but the movie an actual saw moving back and forth in a cutting motion.  Vocals come in but they definitely sound haunted.   They sound like they'd be playing on an old record player- which is in a loop because it's broken- inside a room which I wouldn't want to go in.

The words "chewing on my body" make me think that this room could in fact be inside a house in which a murder took place and that gives this an extra sense of doom.   You'd think that listening to this loop enough times would make you less haunted by it but that simply is not the case.   I think the more I hear it the more traumatized I become, but in the best possible way.

There are just such haunted sounds in the back of this while the vocal loop repeats.   It's crashes and bangs, but then it turns into a wall of static that just wipes out everything in its path-- including the vocals-- and it is one I am playing rather loudly so my neighbors cannot be too pleased to be hearing it.   Blaring through likes shrieks of torture, you can barely hear the vocals coming out from it all again but it is just overpowering in every way.  The shape in which this overall sound just twists and turns is truly remarkable.

On the flip side we open with some broken down merry-go-round tones.   They also sound a bit like church bells though, which says a lot about those two situations (how much church can feel like a broke down merry-go-round)  A humming has entered the sound and it just feels like a melody is falling apart.  That hum only stays briefly but that sounds like someone somehow taking bells or wind chimes and just clanking them around the way you would percussion but they're not really percussion so I can't quite get the visual on it.

Now a lone bell rings.   Smaller bells join it.  A broken symphony of bells now.  Chaos in the church.   I think about a wedding gone wrong and a tag sale for some reason.   A sharpness pierces through now.  It's building like an alarm.   Someone will certainly begin to think the fire alarm is going off if I let this go on for too long.  (This is where you should be listening under headphones)   The bells persist and if we're thinking of this like pots and pans I'd say that the tea is ready.

One crash and evil laugh puts an end to the sharpness and now it feels like we're in a dark place where we don't want to be.   Perhaps the only thing worse than feeling haunted is having your demons laugh at you, and yes, this cassette is the type of thing which nightmares are made of and that's not a bad thing at all. 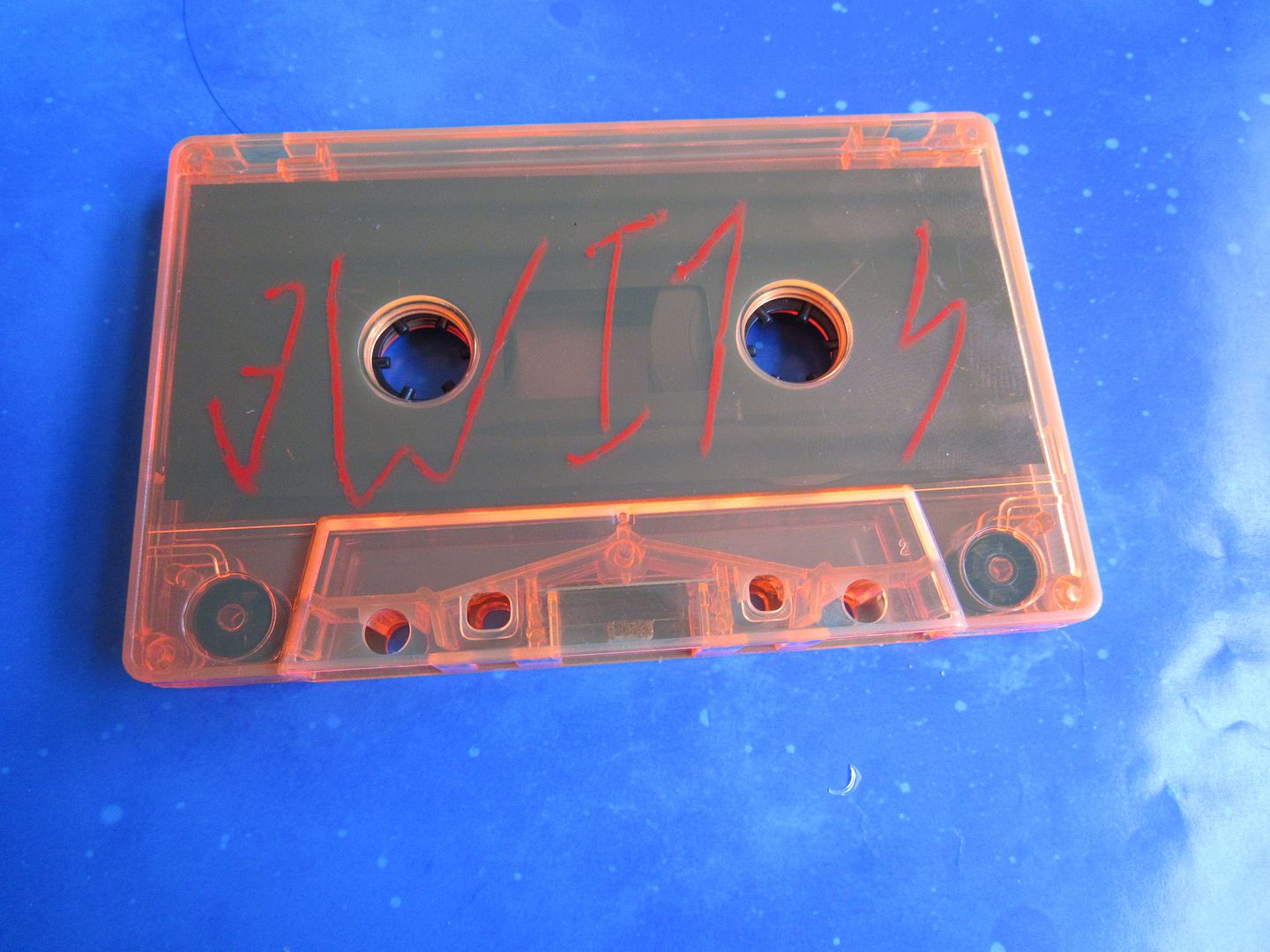 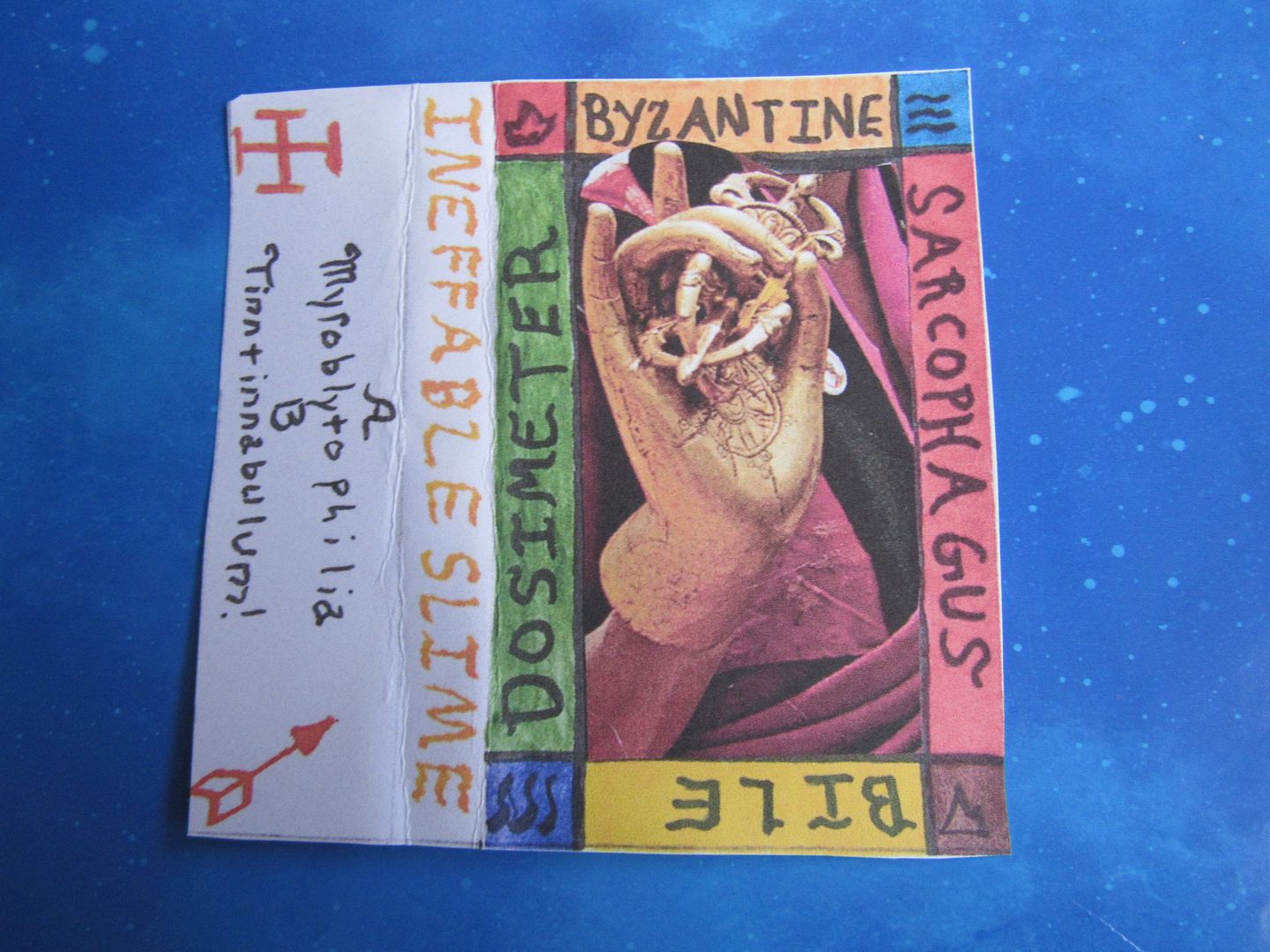 Posted by Joshua Macala at 8:17 AM