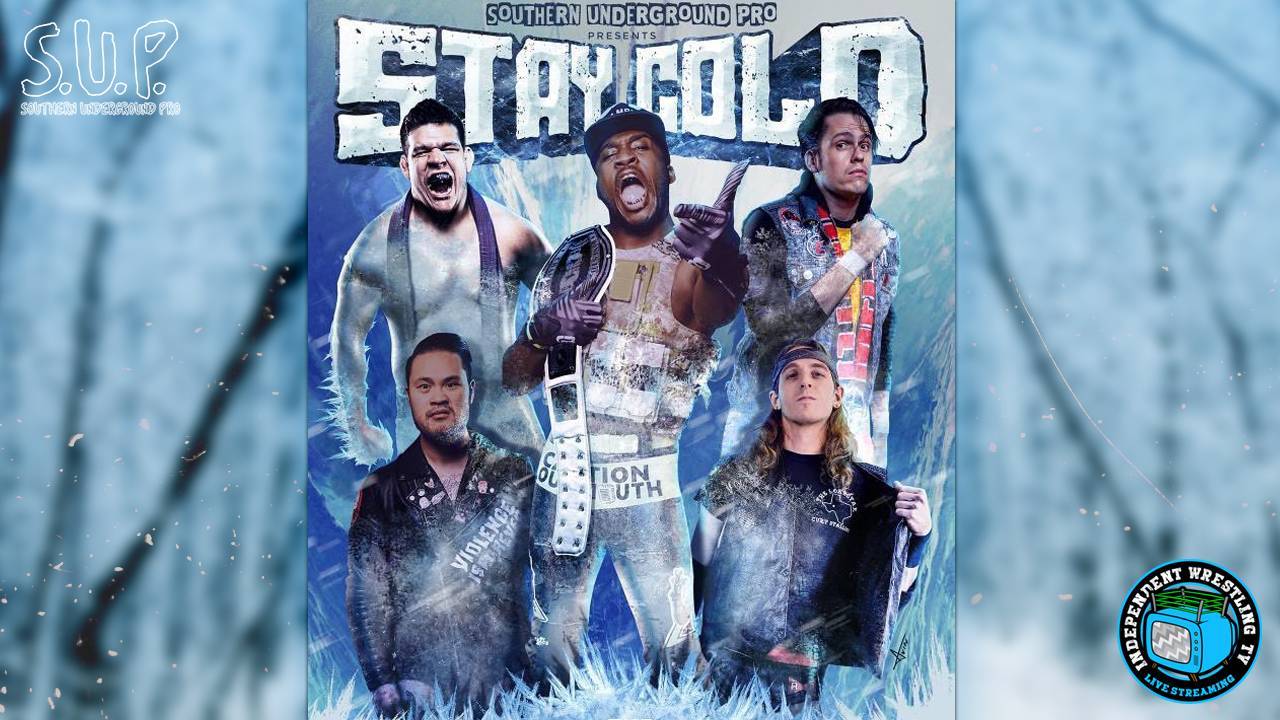 In many ways, this was the first big event of 2020 that wasn't something I experienced live (such as ICW New York's No Holds Barred Vol. 1 the night before this) and it did feel a little bit odd to be watching wrestling on IWTV again as opposed to in person.  As with most things, when you are there in person you see it through your eyes but when you are watching on television it's through the eyes of the cameraman/producer/whoever.   Sometimes that isn't a bad thing though.

This was also one of those cards that was about half full of names I knew and then there were those names I either didn't know or just saw maybe one time before.   One of my judgments now for wrestling though is whether or not I'd pay and go see it live if I could.  If this show was three or four hours away from me, would I drive and see it in person?  And the answer is simply: Yes, yes I would.

"Stay Cold" checks a lot of boxes for me, and the first one is obviously Manders.  I think I'd go to this show just to see him.   Then you have him versus this legend in Jon Davis and that was just a hard-hitting contest as any you want to see.   This match just delivered what you would have hoped for (and more) and Manders is such a star.

I've only ever seen Curt Stallion on IWTV so I'd like to see him live one day.  The same can be said for Daniel Makabe though, who I think is one of those wrestlers who will just have a huge year in 2020.   Case in point, his match against Kevin Ku on this show is in that early contention for match of the year.   If I was going to make a list of matches I really enjoy every month (and I might) Daniel Makabe vs. Kevin Ku would be the first one on it.

I love Violence Is Forever.   My dream tag team match would be to see Violence Is Forever vs. Bear Country live at some point.   You can sometimes forget how dangerous these guys are on their own, as Dominic Garrini put Logan Stunt to sleep on this card.

Admittedly, I'm not the biggest fan of all of these wrestlers though.  Kung Fu Janela seems like a weird gimmick.  The Mason Dixon Line seems outdated, like something you'd see Jim Cornette come up with a hundred years ago.    And I'm not really left with any impression of Alan Angels- I almost completely forgot about him after I watched his match.

As with most promotions though, I feel like SUP has their roster and it just takes the time of watching them perform before you get used to all of them.   I never really had any issues with the action as I was watching it- the show entertained me from start to finish- and I think that if you watch it you'll likely feel entertained by at least four of these matches if not all of them.

Posted by Joshua Macala at 1:53 PM