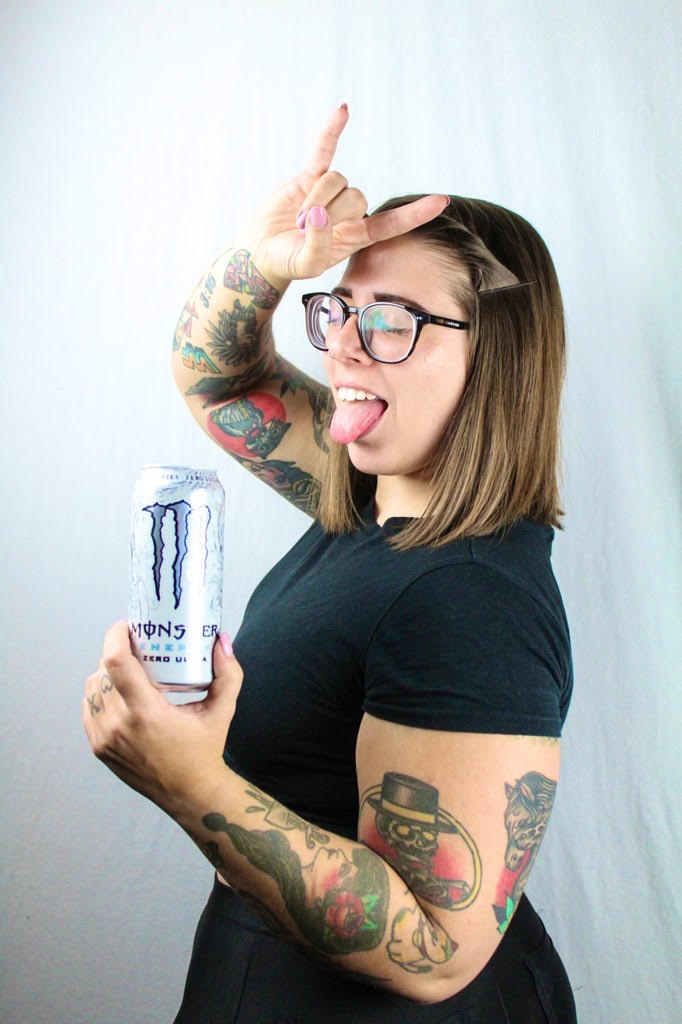 1) How did you become a ring announcer / IWTV VJ?

I started going to a couple local indies around the Saint Louis area and eventually started bringing my camera and shooting shots from my seat. Eventually was recognized and started making acquaintances through my photography. One day i posted a status on Facebook about possibly wanting to be more involved in wrestling. And Matt Jackson fka Pierre Abernathy who ran Saint Louis anarchy message me asking if I’d want to ring announce for them. Knowing i had never done it, he let me know I’d get some training before the show. I was nervous but said yeah sure why not. And since then I’ve grown and excelled in this role for a few different promotions.


As far as becoming an IWTV VJ it came after being used for the IWTV family reunion show that was had mania week this year. I was originally going to be used for interviews then it was realized that wouldn’t be possible so I was asked to split ring announcing duties with Rich Palladino. Thanks to me being a known ring announce and having a presence with anarchy and black label pro on IWTV Gerry had me become one of the VJs.


2) You use your public spotlight to promote aspects of not just professional wrestling but also life which I think everyone should embrace.   What made you decide to use your platform in such a way?

Being a woman and panseux puts me in a different light, especially in wrestling that’s always been made for men. It’s been so important for me to make it known that wrestling needs to be for everyone. Between fans and anyone involved in the business alike. Whether it’s women, non binary, LQBTQIA+ or anyone of color.


3) You have some really great wrestling photographs.   How did you get into that?

I’ve been doing photography over 10 years, went to college for it and knew once i started going to wrestling shows I needed to photograph them and as mentioned before I eventually brought my camera to shows, shooting from my seat. Once I strated making friends with wrestlers and promoters at local shows I got to shoot ring side at pwcs and it eventually grew from there

The Cure. Fall Out Boy. Title Fight. Hatebreed are some mains.


I don’t really have any specific favorites. I’m just all over the place super random with what I listen to lol


5) I have this idea where music and wrestling could crossover to where you could see a few bands play during wrestling matches.   Why do you think this hasn't really happened yet? Having H2O play during the intermission of GCW just seems so natural to me.

Maybe cost and finding the right time/show/bands. One of the first anarchy shows I went to had a band open the show and it wasn’t a good band. I think it’s a sick concept though.


6) Just isolating it to how much wrestling is available to watch on IWTV, I feel like sometimes it can be a bit overwhelming (not enough hours in the day)  How do you handle watching everything you want to watch?

Oh goodness. I try and make time and narrow down to what I like and know I need to watch. What friends I need to support. And then of course having to keep up with the women’s wrestling I need to keep an eye on for my podcast is super tricky.


7) Who are some of your favorite wrestlers right now that you don't feel like enough people know about?

8) Is it better to one day work for a large promotion like WWE or AEW or would it be better to have IWTV reach the same level as them?

I of course would love IWTV to reach that level even though it’s not a promotion it should become huge. I would never work for wwe for obvious reasons. Hopefully once AEW figures out what they are doing I’d consider working for them one day if ever possible.


9) If you could pick any wrestlers to form a band with (who are not currently in a band) who would you pick and why?

WARHORSE. Kevin Ku. Danhausen. Kevin Blackwood. Willow Nightingale.
Because they all have great taste in music and are aesthetically pleasing.

Don’t be an asshole. Being kind and genuine will get you so much father in life.
Shout out to my podcast It’s Evolution Baby!
Posted by Joshua Macala at 1:54 PM