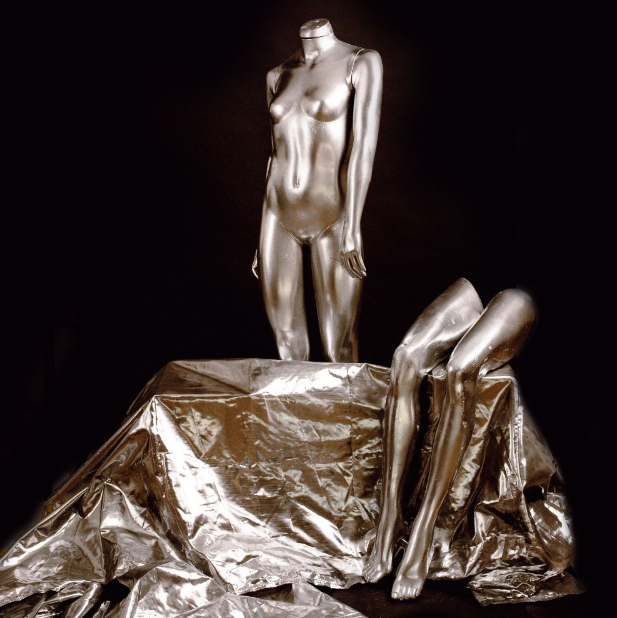 I've always been a big supporter of album titles.   A good album title can sometimes make an album.   It's easy enough to have a self-titled album, but what happens when you have more than one album?  How can you say "Oh, I really like that one album by them" or even know what album a song is on if you don't know the name of the album itself.   The name should be strong and stand out.   In the time (months?) that I've had this particular album downloaded it has set in the second position in my folder, under "c" for "Cinderblock Cindy", and as such I've thought about that name a bit more than its author.

There are two stories to be told on "Cinderblock Cindy" and I went through and took notes the first time around based solely on the music itself; the second time I took notes based upon the lyrics.   This is one of those albums where you'll listen to it every day and after a few weeks, maybe months, you'll start quoting lyrics you might not have picked up as much the first few dozen times of listening.    But in that way it truly does feel like every lyric is important and once you have fully embraced this album you will know every lyric, you will know every note, which is a sign of the greatest of albums.

Musically this reminds me a lot of Slothrust because it can go from big, distorted guitars to pure blissful melody.    I suppose other artists do that as well, but since I listen to so much Slothrust they're always the first to come into my mind.    By "Do I Know You" I'm thinking of Local H and into "For Better For Worse" I'm reminded of a dreamy band such as Weezer, as there are starts and stops, sad strings and then it even gets a bit noisy.   "Peach Pit" is an amazing ballad while we end big and beautifully on "Kitchen Knife"   Elements of Period Bomb can also be found within these songs.

On "Drown", which is somewhat of a psych/hypnotic song in its own right, there is this breakdown where it's more talking than singing and the lines "It's not about power / It's about control / This might change me / But I am not afraid" come out and that's really something we all need to think about, from both sides of the coin.   By the end of the album, on "Kitchen Knife", we are treated to the pure poetry of "I really tried my best to love you / I don't know what love fucking means" which is something I feel like I will always be able to relate with except now I'm going to stop trying to love.

While I could pull any number of lyrics out of these songs and write about them, I feel like I could write just as much about other influences within the music.   I chose the ones which I felt were closest to me, but you might feel as if some are closer to you.   This is the power of "Cinderblock Cindy".   This is an album which, from start to finish, never misses a beat.  It's an album that I'm going to be talking about still ten years from now.   And it's an album that, along with the importance of the lyrics and the quality of the music just flat out rocks.   It's something you can turn on as loud as possible and just come alive in it.

Posted by Joshua Macala at 6:50 AM